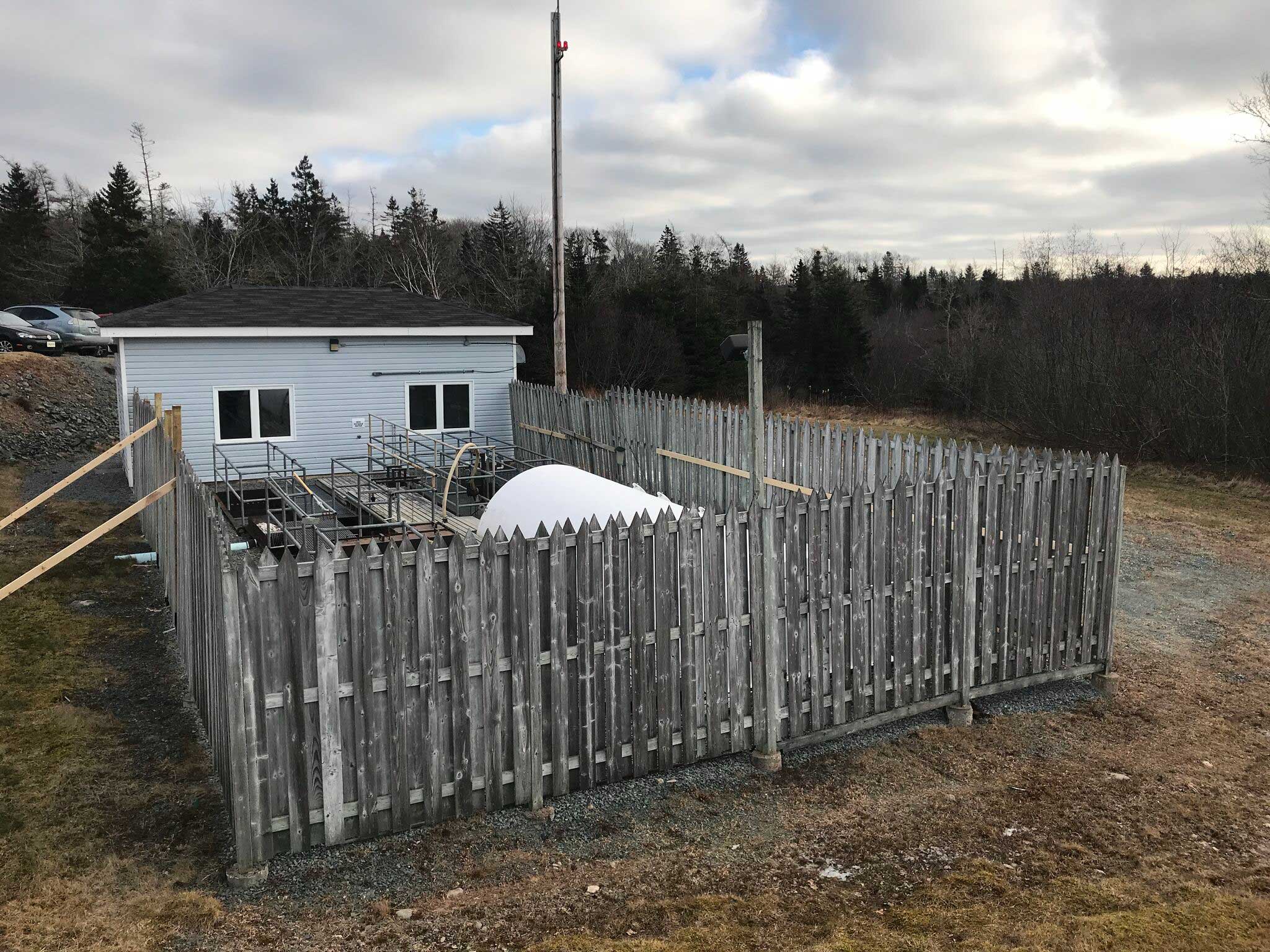 A new consulting report has identified some serious problems with the operation of the Twin Oaks Wastewater Treatment Plant (WWTP) that serves the Twin Oaks Memorial Hospital, The Birches, and Eastern Shore District High.

The Nova Scotia Health Authority owns the plant, which it operates under an “approval to operate” document that sets limits on hazardous discharges. Halifax Water runs the plant for the Authority.

In an interview, John Woods, the chair of the Chamber’s Infrastructure Committee, emphasized that EXP’s scope was very limited. “EXP’s job wasn’t to question the approval to operate document,” Woods said. “Their objective is to say whether they’re conforming with the document, rather than whether it’s a good document.”

Woods laid out four primary concerns. First, the approval to operate required the completion of a systems assessment of the plant by May 2017. “This systems assessment is a key document, and they haven’t done it,” Woods said. “We haven’t been able to find out why the Health Authority has not submitted it.”

Second, EXP looked at statistics on the measurements of fecal coliforms and e-coli, using weekly measurements by Halifax Water from February 5, 2009 through August 17, 2016, and then monthly measurements since then. “EXP found that the 12 out of 31 one-month blocks are not in conformance for e-coli—more than 38% of the time.”  E-coli is a type of fecal coliform bacteria. Both measures reflect how well the plant is operating. There’s some debate over which is a better measure, but both are used regularly. Woods also pointed out that the statistical method that Halifax Water was using had the effect of minimizing spikes in the measurements, although this method is widely used in the wastewater industry.

Woods fourth concern is not covered in the EXP report. “Until well into 2016, the previous approval to operate required weekly monitoring,” Woods said. “But the new approval to operate only requires monthly measurements. Moving to one time a month is just not right.”

“If you’re only sampling once a month, it’s much easier to miss spikes when something’s not working right. You could have almost a whole month of bad discharging. The impact on the inlet could be huge. Sampling weekly makes it much more likely that you’ll detect problems and can then fix things. There’s no obvious reason for reducing to once a month, except that it’s way cheaper to test once instead of 4 times.”

As far as the overall pollution of Petpeswick Inlet goes, EXP concluded “The plant was one of the contributors for the bacterial contamination, but likely not the sole contributor….” EXP cited “malfunctioning on-site septic systems or direct seepage of wastewater to ditch/storm water system” as other potential sources of contamination. EXP suggested additional testing to get data on the contributions of other sources.

But as Woods noted, “This treatment plant data is hard data. Even if there are sources, on the Little River or elsewhere, that find their way to the inlet, that doesn’t change the data from the plant.”