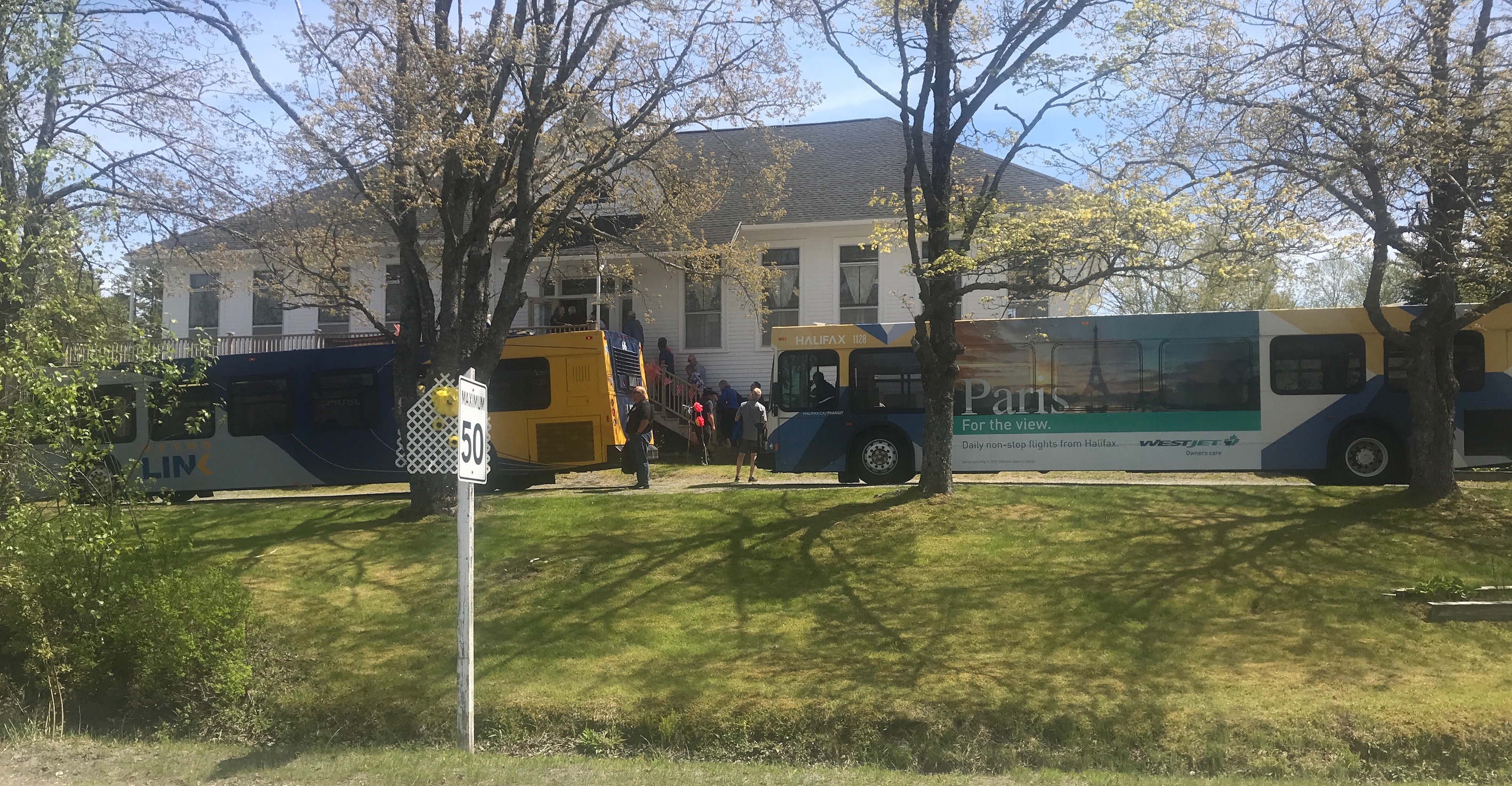 One, Two, Many Buses!

What is more rare than seeing a Halifax Metro bus on the streets of Musquodoboit Harbour?

How about TWO Halifax Metro busses!

Because normally, Metro buses never make it past Porters Lake, despite the once-upon-a-time but welched-on promise of regularly daily Metro bus service to Musquodoboit Harbour.

But today, Thursday May 31, for the first time in living memory, a total of three Metro buses rolled in, carrying two sets of delegates on a field trip from the Federation of Canadian Municipalities 2018 Annual Conference and Trade Show to explore “Rural Resourcefulness: how community partnerships are supporting dynamic rural centres.”

The first stop was the renovated Musquodoboit Harbour library and recreation centre, where delegates got a tour of the new facilities from Amanda Fullerton, manager of Eastern Shore and Musquodoboit Library Service, and Community Recreation Coordinator Doug Murphy.

Then it was on to the Old School. Laurie Cook gave a quick introduction to the 2006 Visioning Process. She explained how both the Old School and MusGo Rider grew out of this visioning process. Jessie Greenough, executive director of MusGo Rider, then gave a quick history of the group’s rapid growth, and the expansion with a second company to cover Sheet Harbour and the Middle Musquodoboit areas. Gordon Hammond, speaking as a Working Group Member of the Wild Islands Tourism Advancement Partnership (WITAP), then walked the group the origins of the One Hundred Wild Islands project, and its current status.

Thea Langille, who heads the HRM Planning Department’s rural planning division, gave a short overview of the kinds of projects her group had been taking on. And Jude Major, one of the co-founders of the Musquodoboit Community Garden across the street from the Old School, spoke briefly about the first year of the project. Afterwards, delegates took a look about the rest of the building and visited the community garden before heading back to the conference.