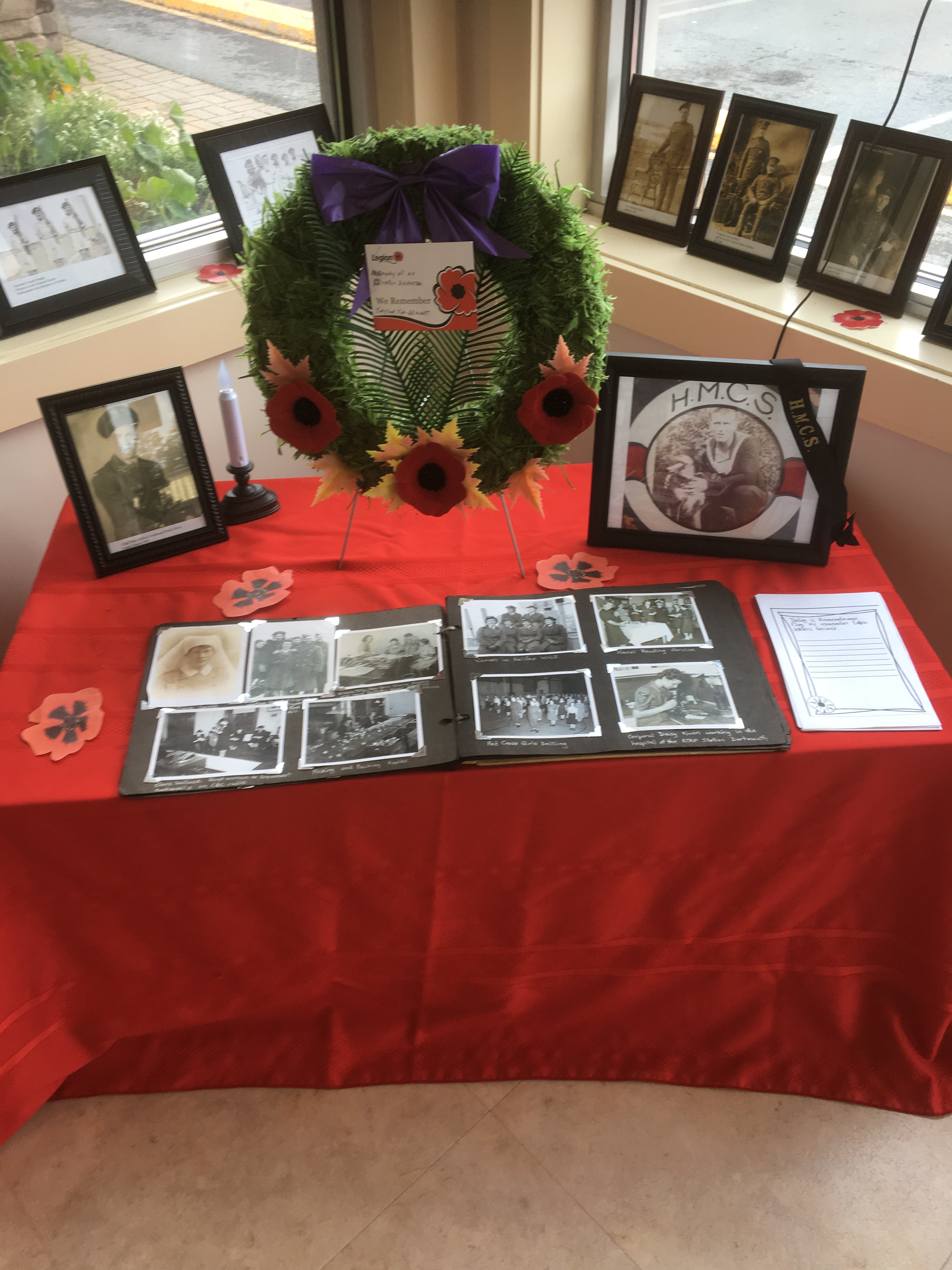 Taylor Timbermart in Musquodoboit Harbour is the site of a very special Remembrance Day display in the entryway every year.

It started quite small the first year, honouring the veterans of local families that live along the inlets, bays, and harbours of the Eastern Shore. What began as a small area of images of those men and women who served gradually grew into a full entry display with dozens of veterans representing so many familiar names from the Shore. 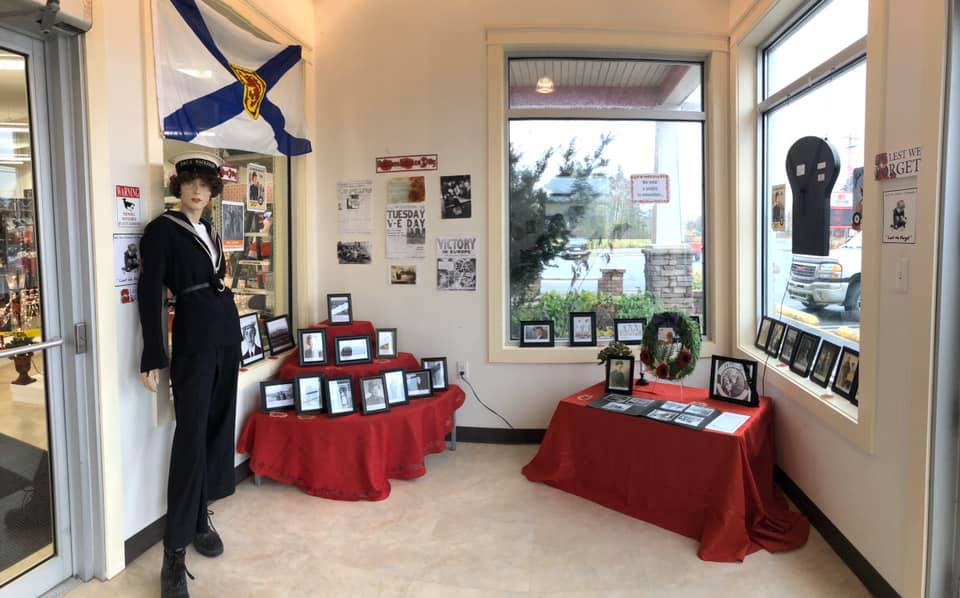 Each year we’ve added more stories: stories of loss, stories of loves and marriages, and stories of courageous acts of extreme bravery. More information and artifacts came from local legions and museum archives that were delighted with the growing display and offered their assistance.

This year’s display included uniforms and recruiting posters, with an old 1940’s radio playing broadcasts of the progression of the World War II up to the capture of Hitler and reports of VE Day. There is an old worn black photo album with clippings and photos of the Second World War plus a whole series of photos on the VE Day riots in Halifax. 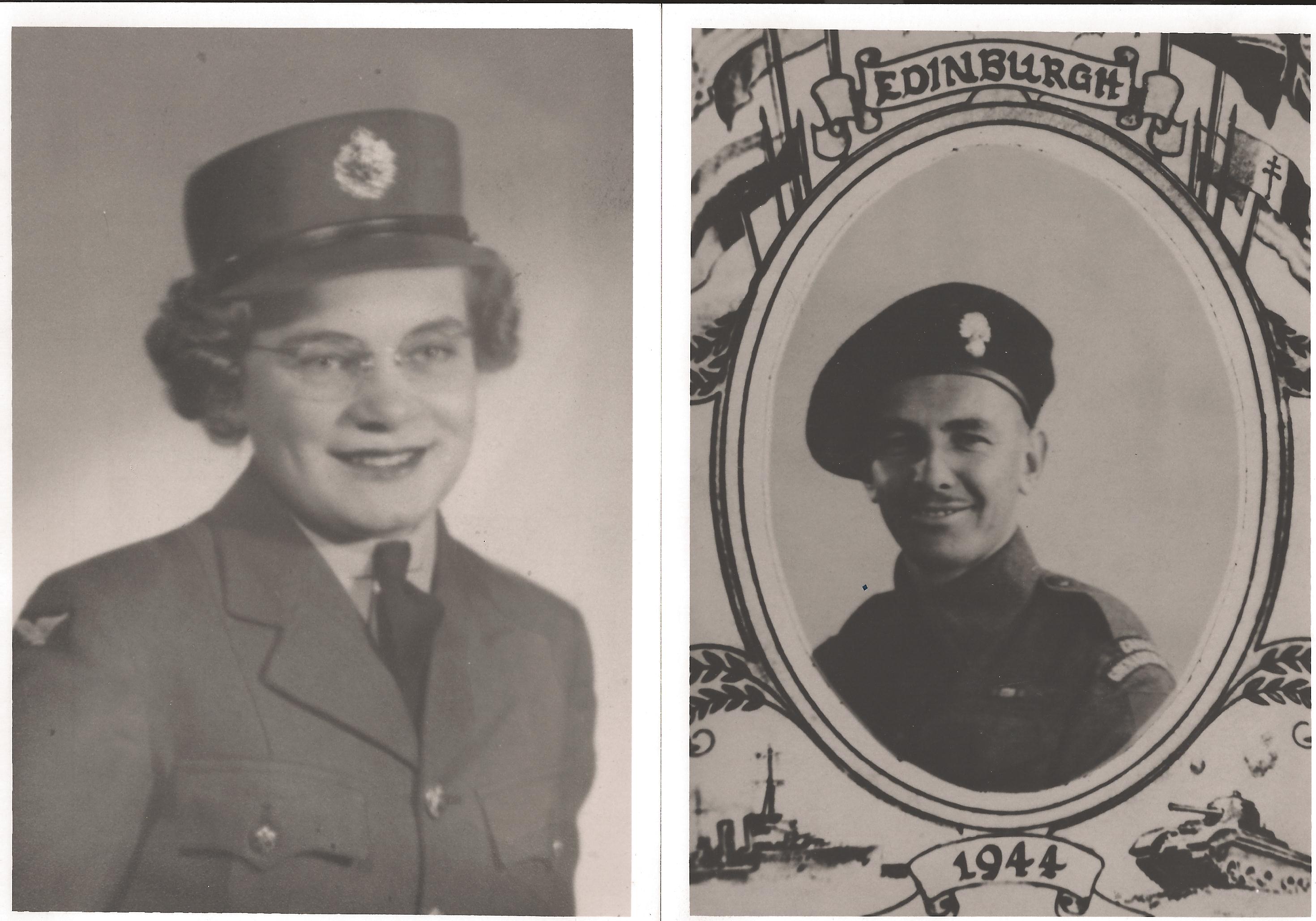 Scott Faulkner provided this family story to go with these two photos above:

John Faulkner and Mary Romkey. Both born and raised in Eastern Passage. Both signed up for voluntary service for WWII as soon as they were old enough. My mother was the only woman from St. Andrews Parish to do so. They were not married at the time they joined.

My mother joined the Air Force in the administration trade. She spent her service time, after her basic training, in Montreal working in various jobs from weather office to troop deployments.

My father joined the Army and ended up in an armored division as part of a Sherman tank crew. He arrived in France shortly after D-Day and proceeded with front line troops until in early 1945 when he was injured in battle after his division was attacked in a battle with German Armored troops. He spent the remainder of the war in Paris.