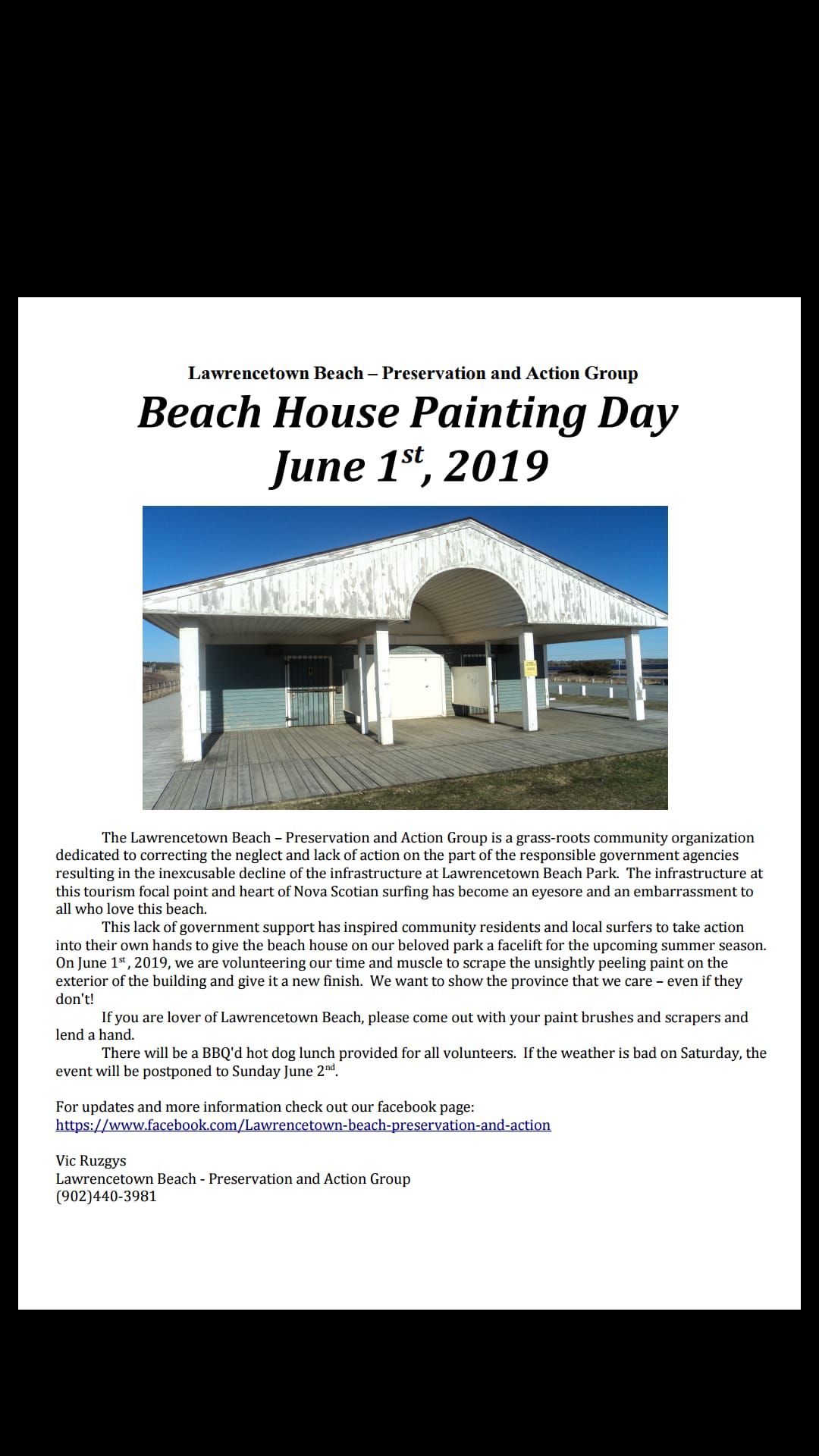 The province will be holding a public meeting on June 5 at 7 pm at the Lawrencetown Community Centre to present plans for repairing and restoring the rundown Lawrencetown Beach Park.

The main building at the park that once served as a changing facility has been closed, and is probably going to be torn down. However, in a kind of “paint-in” protest, on June 1, the Lawrencetown Beach Preservation and Action Group will be scraping and painting the building “to show the province that we care—even if they don’t!”

The group is asking people to bring their brushes and scrapers; there will be paint onsite. Volunteers will also get a BBQ’d hot dog luncheon. In a poster for the June 1 paint party, the group decries “the inexcusable decline of the infrastructure at Lawrencetown Beach Park.” More info on Facebook at http://www.facebook.com/lawrencetown-beach-preservation-and-action.