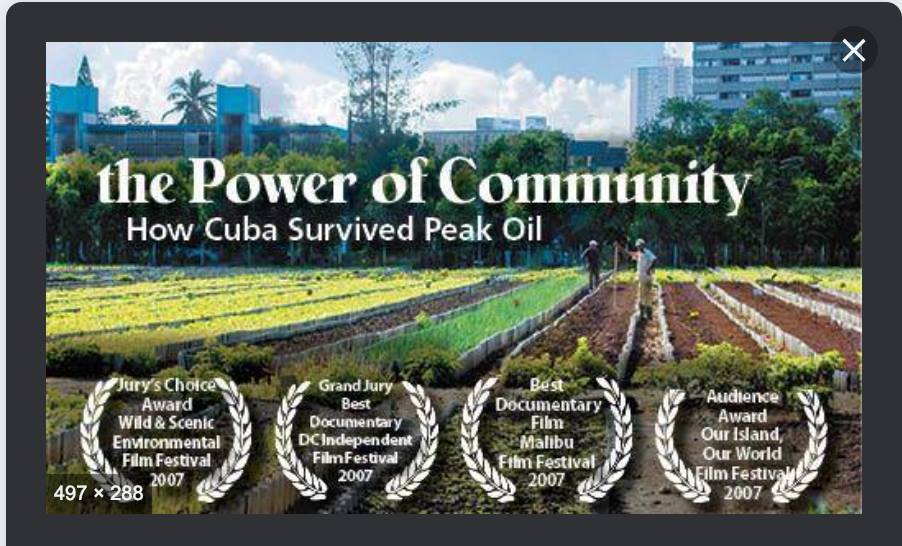 Surviving Crisis: The Power of Community

The Cooperator is presenting a FREE screening of the powerful documentary, The Power of Community: How Cuba Survived Peak Oil on March 2 from 2 pm-3:30 pm at the Musquodoboit Harbour Library. When the Soviet Union collapsed in 1991, Cuba lost its supply of cheap oil. Cuban agriculture was based on the familiar system of large farms dependent on oil, pesticides and fertilizers. But without cheap oil, the country was in danger of not being able to feed itself.

This film tells the story of the Cuban people's hardship, ingenuity, and triumph over sudden adversity through cooperation, conservation, and community. The lessons learned can benefit communities in crisis from whatever cause, and points the way to how long-term solutions for cutting fossil fuel use to stop global warming. A discussion with a Nova Scotia focus will follow the screening.