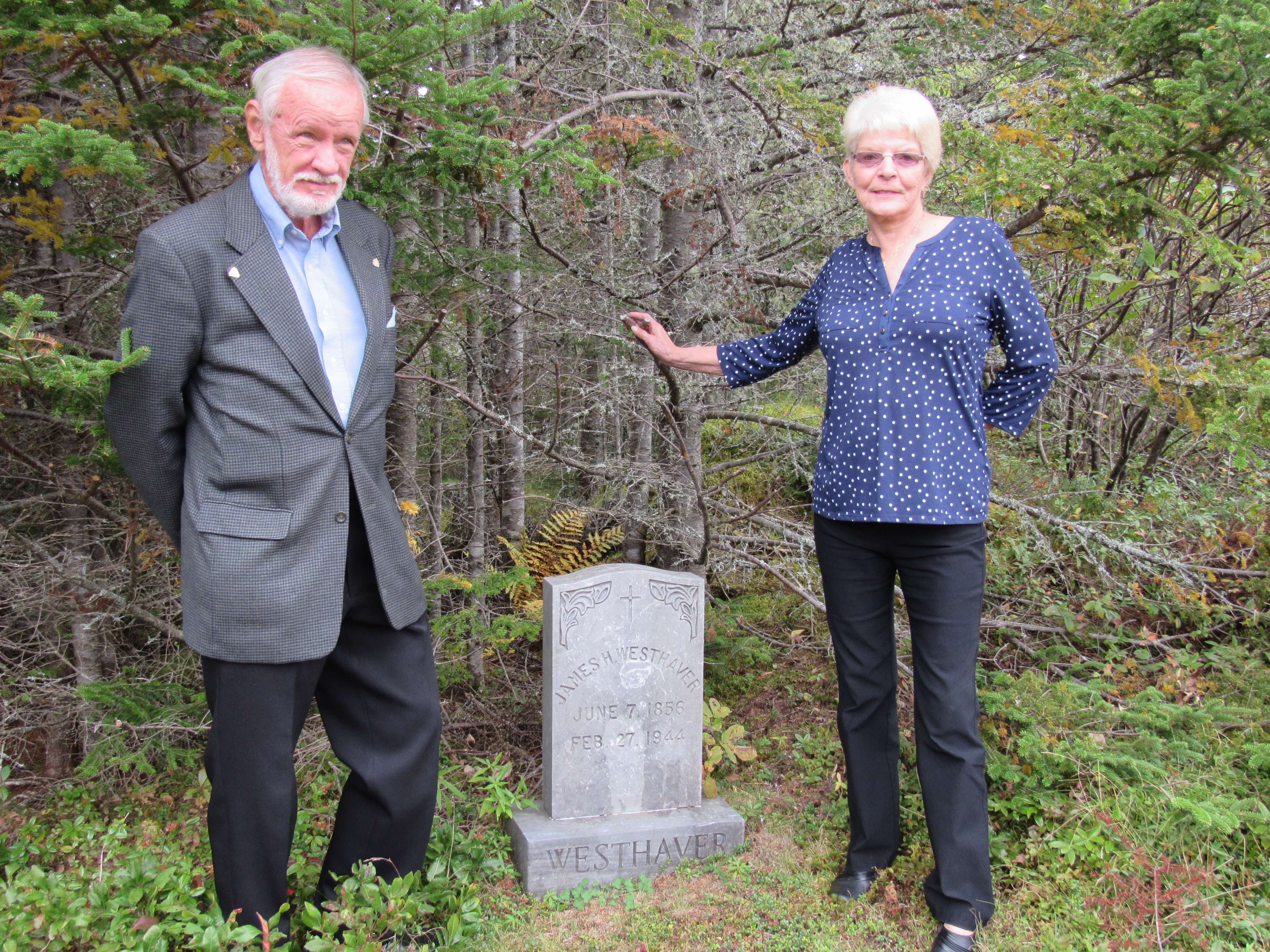 The Caretakers of St. Anthony's Cemetery

In September of 2009, the Bradleys, Jim and Margaret, were taking a road trip along the Eastern Shore on their way to Cape Breton. They made a stop at a little local island called Sober Island.

“My mother, Kathleen Logan, was born on Sober Island,” explains Margaret. “My father and grandfather both lived on Sober Island.  Family legend has it that my father and mother eloped to Sheet Harbour after convincing the Bridge Keeper to lower the bridge and allow them to cross to the Passage. My mother being Catholic and my father Anglican, mixed marriages were not welcomed. They were married at St. James United Church. Some years after they were married, again, at St. Peter’s Catholic Church in Sheet Harbour.”

That September in 2009, as they approached the bridge to Sober Island, they noticed the name Westhaver on a mailbox. “It was an omen,” says Margaret. “The owners of the house, Basil and Gladys Westhaver, welcomed us in and Gladys' first question was: ‘Who was your father?’ so she could place me. I felt like I was coming home.” Several hours later as they toured Sober Island, they discovered the property they would soon purchase for their summer home. Jim says, “The location was ideal:  the fantastic view overlooking Westhaver Island in the Passage and Sober Island itself was beautiful.”

Jim Bradley was born in Halifax but was raised in Ontario.  He returned to the city of his birth at age 19 to attend Dalhousie University.  Dalhousie is where he met his future bride, Margaret Westhaver, who had spent her first 11 years in Sheet Harbour where she was born. After they married, they relocated to Ottawa where their son Matthew and grandson Justin still reside.  Margaret spent her career at the Archdiocese of Ottawa in clerical and accounting and Jim worked as a Customer Service Agent for Air Canada.

On the island, Jim became a voluntary caretaker of the cemetery on the site of St. Anthony’s Church, which was built by and for the Catholic residents of the Island in 1903. It was a mission church of St. Peter’s, Sheet Harbour.  It fell into disrepair in the late 1960s and was demolished in 1971.

Coincidently, he and Margaret had become involved with the Sheet Harbour and Area Heritage Society under the leadership of the inestimable, Judy Smiley.  With Margaret interviewing seniors on audiotape, Jim took on the project of documenting St. Anthony’s cemetery.  Results of this project were compiled in binders now at the Sheet Harbour Library and MacPhee House Community Museum.   Jim offers, "The Sheet Harbour Public Library staff have been very good to the Heritage Society in shelving the binders, hosting events, and assisting with the collection efforts."

Jim started out by drawing a grid of St Anthony's cemetery and recording information from the grave markers. He took photos of each and cross referenced with the Church records to determine who is recorded.  "My mission was to identify people who did not have head stones. I would then research obituaries and newspaper articles to find them.

In the fall of 2015, St. Peter’s Cemetery Committee erected a monument at St. Anthony's Cemetery on Sober Island, bearing the names of the fourteen people without markers.  Archbishop Marty Currie resided over the unveiling.

The Sheet Harbour and Area Heritage Society is conducting similar cemetery projects at St. Margaret’s Anglican cemetery on Sober Island, and the Quoddy United Church Cemetery. The Bradleys welcome new information regarding who may be buried, but not listed, at St. Anthony's Catholic Cemetery on Sober Island.  Please contact them at [email protected] to help uncover the mystery of and remember those ancestors who have gone before.