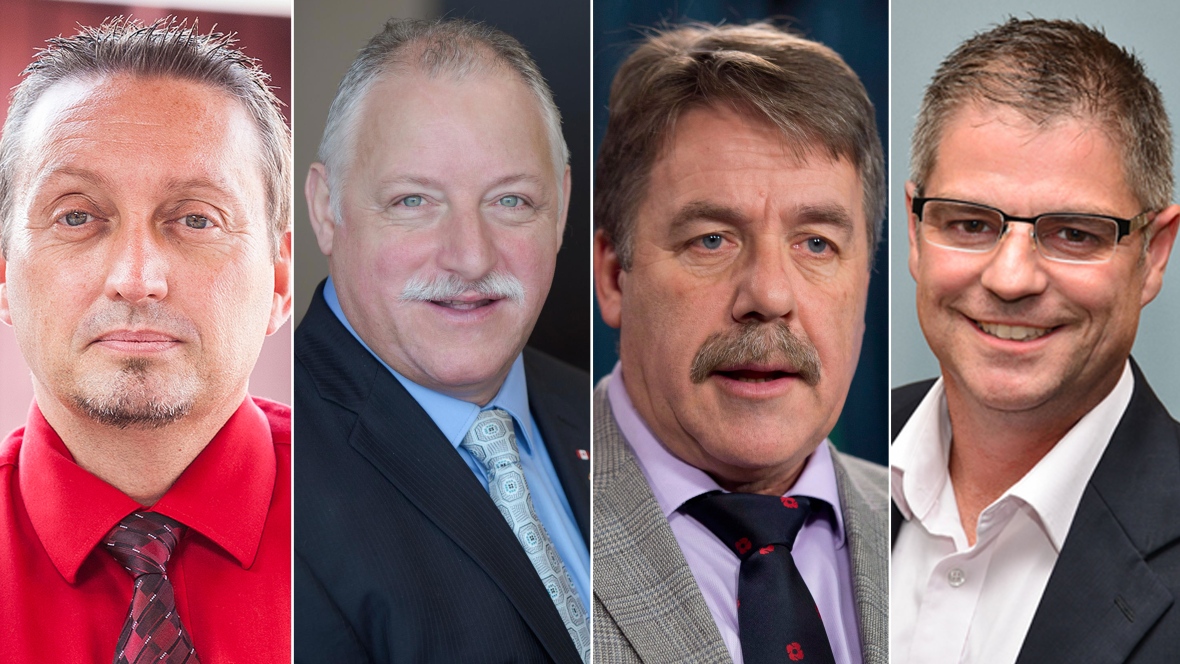 The following four profiles take a look at how each person decided to become a candidate, and some insight into what their priorities will be if elected. For more information, check out their websites and social media postings.

A conversation with Peter Stoffer after a day of wallowing in national campaign news is like tumbling into a cool, bubbling spring. If you didn’t ask him about politics directly, you might never suspect that you’re dealing with a man who’s been in office since 1997, a man who once held 7 different portfolios, and who continues to be one of the country’s most knowledgeable legislators on his two keenest interests, veterans affairs and shipbuilding.

Stoffer comes from humble beginnings, one of 9 children. Stoffer’s experience in the airline industry taught him the importance of customer service. “In the airlines, if you didn’t treat people right,” Stoffer said, “they’ll fly another airline, and there goes my job.”

Stoffer’s constituent service is legendary. He returns the vast majority of calls his office receives. He doesn’t do email, or social media. “I want to talk directly to people,” Stoffer said. “It’s really, really exciting when you can help people.”

But Stoffer was quick to point out that his “ace in the hole” was his staff of 4, who handle the follow-up to all of his calls.

When it comes to the refugee crisis, Stoffer blames Stephen Harper from using immigration to “create a wedge among Canadians.”

“I take it personally,” Stoffer explained. “My family were economic refugees from Holland, after the coal industry shut down following World War II. Canada welcomed us with open arms. When the Vietnamese boat people came, 90% of Canadians supported their coming in. I just saw a poll that said 40% of Canadians don’t want to accept more refugees. I was shocked by that number.”

On the raging controversy over the proposed rezoning of land on Highway 7 in Porters Lake to build a construction & demolition (C&D) recycling plant, Stoffer was unequivocal: “My view has always been that if the majority of the affected communities don’t want something in their backyard, then government should honor that request.”

And what’s the secret of Stoffer’s success as a campaigner? Would you believe dog treats? “When I go door knocking [9,500 doors this year, with a goal of 15,000], I have a pocket full of dog treats. Half the people aren’t home. But of the other half, 6 out of 10 have a dog, so after I introduce myself, I say, ‘Would your dog like a treat?’ It breaks the ice. Too many candidates treat door-knocking like some kind of business deal.” 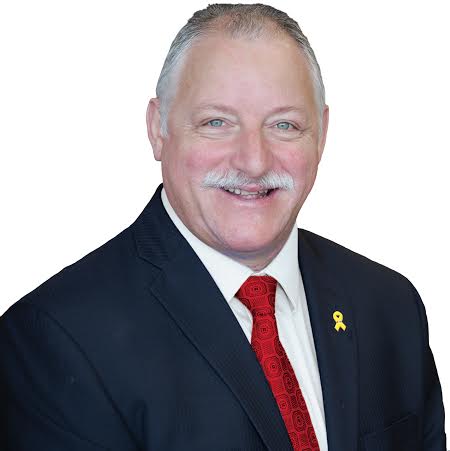 Liberal Party politics has been in Darrell Samson’s blood since he was a child. His father served for 15 years as a Councillor, and political talk was a constant around the family dinner table.

“I remember way back when Pierre Trudeau became the Liberal leader,” Samson said. “I was nine years ago, and I remember it like yesterday, watching for 6 hours and through 4 ballots. I was hooked after that day on politics. And my Dad was so excited by seeing an energetic passionate party leader with a vision.”

Samson pursued his interest in politics when he started teaching at Eastern Shore District High School. He started the first model Parliament, with help from now-Senator Tom McInnis. “Kevin Murphy today insists it was his participation in this model Parliament that got him into politics,” Samson said.

Samson’s family has been deeply involved in the world of public education. His mother, his grandmother, his wife, and his two oldest kids have all been educators. Samson’s experience as an educator and administrator are extensive. He is currently the Superintendent of Schools for the Conseil scolaire acadien provincial – Nova Scotia’s only French school board. He has been the National President and Vice-President of all French school board superintendents outside of Quebec, an active member of the National Committee for Early Years, and a member of the Provincial Advisory Council to the Minister of Education on Early Years in Nova Scotia.

Samson says that he started thinking seriously about running for office two years ago, when Justin Trudeau became the leader of the Liberal Party.

“I’ve always had my eye on representing the people,” Samson. “When my Dad was in office, he used to always say, ‘My people want….my people need…..my people….my people.’ When Justin Trudeau started campaigning for leader two years ago, I felt like there was a magnet pulling me into politics, that I had no choice but to step into the ring.”

Samson highlighted a couple of policies that he said would be especially helpful for creating well-paying jobs to support the largely middle-class families in the riding.

“Infrastructure investment is crucial,” Samson said. “The Halifax airport is one of the most strategic airports in the world for global trade, but it’s not operating at anywhere near its potential. It’s great that Pratt & Whitney is in there, but we should have 20 Pratt & Whitney’s there to benefit the whole region.”

Much more could be done to benefit from the influx of cruise ships in Halifax, Samson said. “We’ve got the biggest black culture center in Nova Scotia in Preston, and the 2nd oldest French community in Chezzetcook. We should be booking all those cruise ship passengers for lobster dinners in Eastern Passage.” 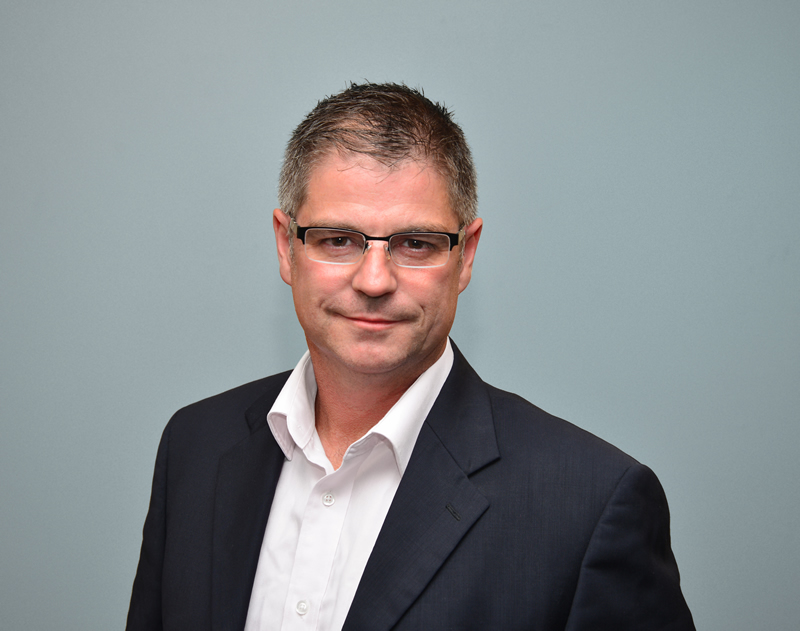 In his first run for office, Robert Strickland cites single parenthood and his business consulting work as the two most important sources of his dive into politics.

Strickland says he has come a long way since he started working in IT after graduating from Nova Scotia Community College. “I started off being a guy who was left in a room to fix photocopiers and cash registers, and now I’m in the room with business people who are all making more than $150,000 a year.”

Strickland moved into consulting when he saw that there was a need for someone who could explain to management that the reason they were struggling to get their software program to meet their needs was because they needed to redesign the process itself, not fix the software. “Lots of customers would close the door and say, I don’t know why we’re doing it this way, what is everyone else doing?”

Strickland’s software consulting has taken him to the U.S. for five years, with stints in Mexico and the Caribbean.

Strickland did not marry until age 30, had his first child at 35, and then divorced. “After our marriage broke down,” Strickland said, “my wife and I stuck it out in house together, until the kids were in a school we selected together. We chose the French school system. My wife was French.” Strickland has served as chair of the Canadian Equal Parenting Association.

On his Conservative Party website, Strickland says that “Giving families the flexibility they need to meet their goals is how we prevent divorce, minimize excessive abortion rates, and reduce child abandonment – which is proven to result in a high rate of criminality in youths.”

Strickland attributes his current party affiliation to his father. “My Dad left school at grade 4,” Strickland said, “and he was a life-long Conservative. I’m running because first and foremost we have to protect what we already have. I’ve listened to Justin Trudeau and Thomas Mulcair, and I’m scared as hell.”

On the Conservative Party website, Strickland explains his support for the party, saying, “We cannot allow life to get more difficult here at home, we see the problems in Ontario under the Liberals. We’re seeing difficulty in Alberta right now under the NDP. We can’t allow a repeat of plans that fail. A simple example is Quebec’s $15 daily daycare, which is failing.”

Strickland says he has been encouraged by his door-knocking experiences. “Eight of ten people are telling me they’re going to vote Conservative,” he said. Strickland also notes that his brother runs a branding and marketing firm, and has helped him build a stronger online presence than the other candidates. 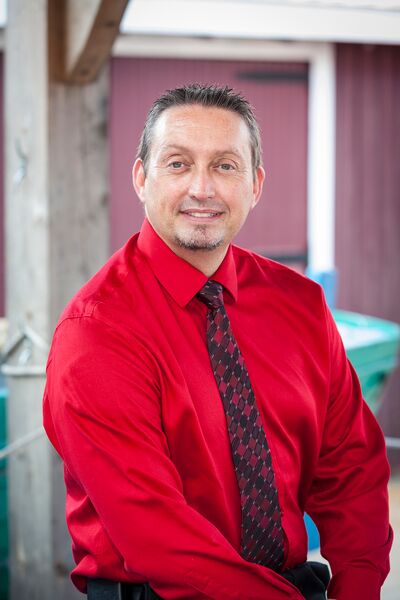 Although he grew up in Ontario, Montgomery came to love the outdoors in Nova Scotia. “My mother was from Springhill,” Montgomery said. “Her side of the family all moved back to Nova Scotia. As a child, I used to come up almost every summer. My grandmother in Springfield used to take us camping a lot, that’s where I started loving the outdoors.”

It was this love of the outdoors that got Montgomery voting for the Green Party, and back to Nova Scotia to boot. “It finally got to the point as an adult where I kept coming up for vacations and feeling like I never wanted to go back.”

Montgomery didn’t make the decision to run until late August. “Due to some life and personal changes years before,” Montgomery said, “you have time to reflect on what kind of impact you’re going to make on the world. Being an outdoorsman, I decided it was the Green Party I wanted to represent, and when I checked, no one else was running, so I jumped in feet first.”

Montgomery’s work background is in the security industry. His website bio mentions his having “received an award of valor for a dangerous situation encountered in a former occupation.” Montgomery explained that he got into the private security business very young, and had worked his way up to be the operations manager for a company before he moved from Toronto.

“While I was living in Ontario, I was trained to work for the company’s high threat unit,” Montgomery said. “As we were doing a cash escort, we were held up at gunpoint. We were able to secure the cash, and keep the person we were guarding from injury. And the robber ended up shooting himself in the leg.”

Montgomery is currently the security manager for the financial firm Manulife in Halifax under a contract through Northeastern Investigations.

Like fellow Green Party candidate David Hackey in Central Nova, Montgomery is not a fan of strategic voting.

“Every individual needs to vote from the heart,” he said. “You should have beliefs in parties and their platforms to vote. I believe the Greens have the best platform for the people of Canada, for the environment, and for the future of our children.”