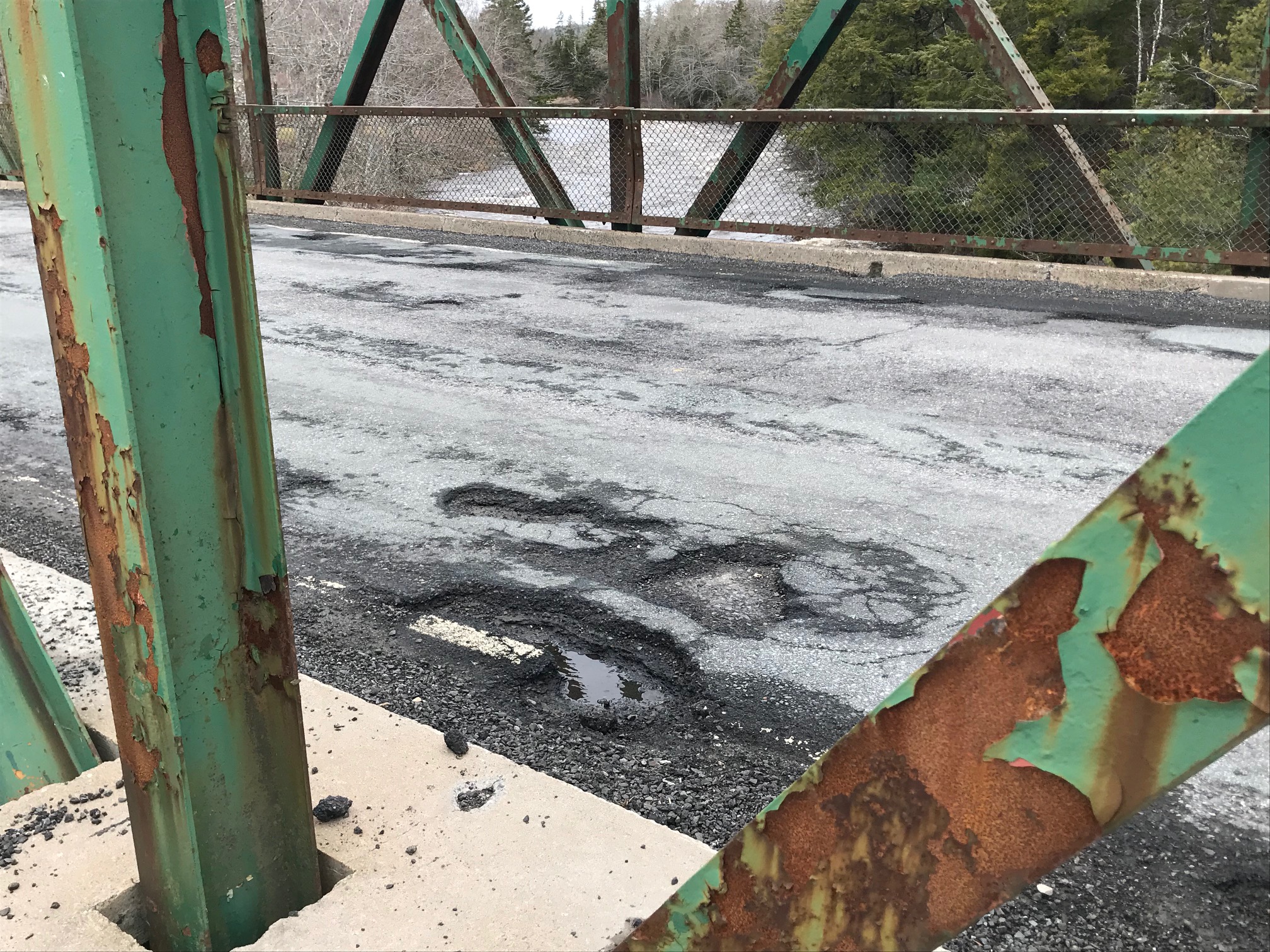 What’s Your Score in Whack-A-Pothole?

Tis the season for replacing struts and shocks, and realigning front ends, as drivers play this season’s version of Whack-a-Pothole. Whether this spring is any better or worse than previous years is anyone’s guess. Shadowy pothole vigilantes have been out with their spray cans, highlighting their local favourites.

Both HRM and the province have pothole contact numbers, and official policies about potholes. The Cooperator asked both governments for detailed information about their pothole operations.

And don’t forget, Arno Aalbers is circulating a petition that you can sign at many stores along the Eastern Shore calling on the province to repave Highway 7 from Musquodoboit Harbour to Sheet Harbour. The Legislature doesn’t accept online petitions, so you have to physically sign for your name to count. You can read more about this campaign and find the nearest store on the Facebook page, “Trunk 7 Petition: Repave Highway 7!”

HRM even has a procedure for recovering some damages, starting with a call to 311 to report the encounter. (If you’ve ever filed such a claim with HRM, the Cooperator would be interested to learn what happened: email your story to [email protected]).

Here’s a statement from a spokesperson for HRM on the city’s pothole policies:

“HRM transportation staff maintain a rolling list of potholes throughout the year, and conduct repairs on a priority basis using criteria such as street location and type, traffic volumes, and planned infrastructure upgrades in the area such a paving. We also rely heavily on residents to report any problematic potholes they see by calling 311 or by visiting Halifax.ca so we can log them into our system for repair.

“Potholes with a depth of less than 8 cm are filled as resources permit.

“We have a service truck in operation 24/7 which allows us to respond to potholes that may exceed 8cm and or require immediate attention.

“People can certainly be compensated for damage caused by potholes, depending on the outcome of the investigation and if the municipality is found to be liable. If a vehicle is damaged by a pothole, it would first be important for the driver to determine if they should contact the municipality or the province. The province is responsible for highways, for example. If the pothole is located on a municipal street, we would advise the driver to call 311 to begin the claim process.”

And here’s what we got from a spokesperson from the provincial Department of Transportation and Infrastructure Renewal.

“This time of year, roads across Nova Scotia see an increase in the number of potholes because of the dramatic temperature fluctuations and water on the road.

“During winter months, we patrol roads daily and complete cold-mix repairs regularly in order to improve road conditions for motorists. Cold mix is a temporary patch used until longer-lasting hot-mix asphalt becomes available when asphalt plants open in the spring.

“We look forward to making these more permanent repairs soon and encourage motorists to drive carefully and report troublesome potholes to the department.

[Note: the pothole in the photo on the bridge over the Musquodoboit River on Highway 7 has been patched since this photo was taken.]