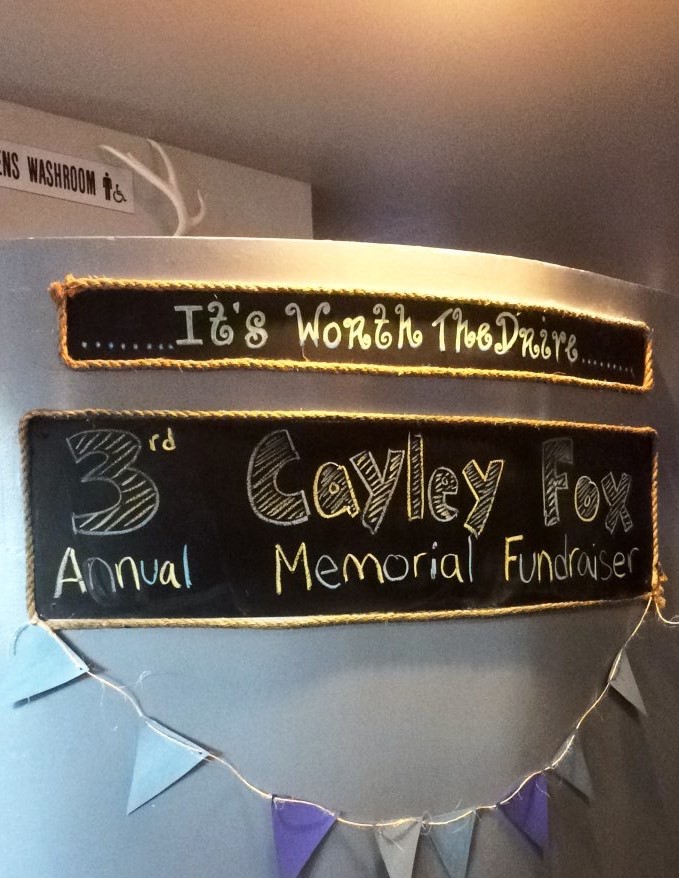 Many members from the Eastern Shore community and beyond gathered at the Porters Lake Pub and Grill on the evening of May 26th to participate in the 3rd Annual Cayley Fox Memorial Fundraiser. Tickets were sold out before the night had even begun.

The evening was filled with live music, dancing, a generous donation from ESDHS students, blue and yellow decorations scattered about, and a plentiful table of silent auction items. There was a strong feeling of community and family support all night long.

“I was astounded to calculate the total amount raised from the Cayley Fox Memorial Fundraiser,” said Kala Rafuse, who hosts this event annually. “In total, $4,307.85 was raised last night in honour of Cayley; the most ever raised over the past three years! This number does not include ESDH’s amazing contribution of $2,165 from the Leadership Class. In all, there was $6,472.85 raised.”

The $6,472.85 raised will be donated to the Cayley Fox Memorial Scholarship at Saint Mary's University in Halifax, Nova Scotia.