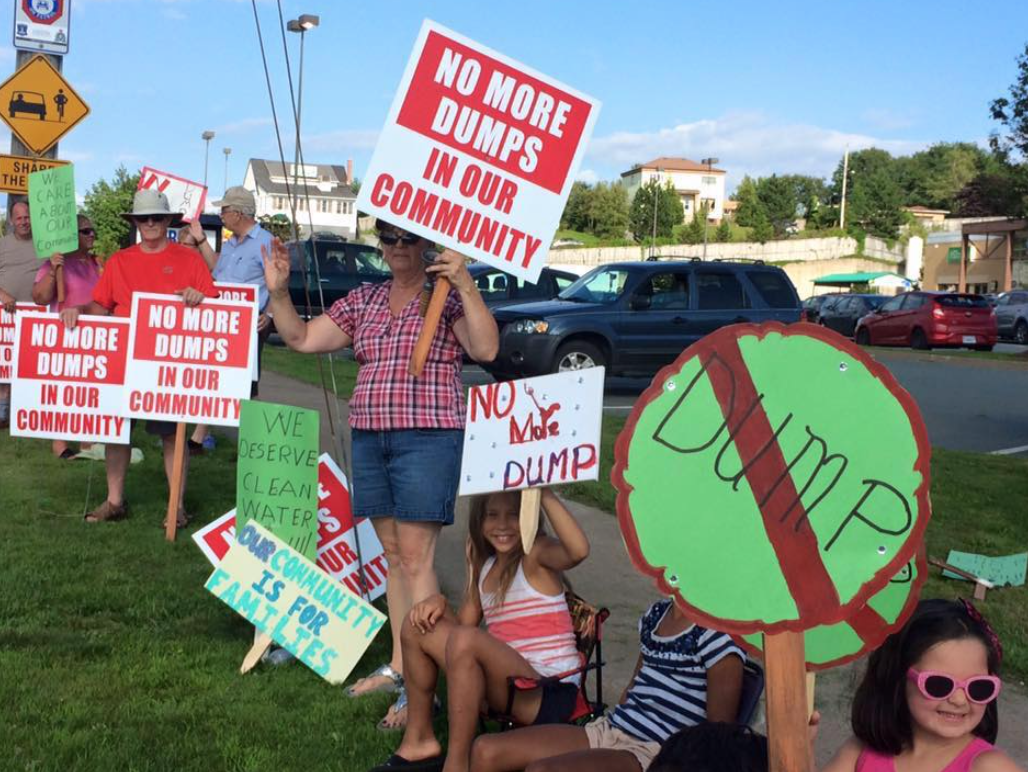 The proposal to build a construction & demolition debris recycling facility in Porters Lake on Highway 7 is still alive and kicking. On April 4, the HRM Harbour East Marine Drive Community Council (HEMDC) will hold a meeting on the HRM staff report on this proposal, Case #19800, at the Lake Echo Community Centre at 6pm.

Deb Day says that the Concerned Citizens of Porters Lake, Lake Echo, Preston and Mineville Areas are already organizing to turn out in force once again to oppose this rezoning. The group got a large turnout at a February 18 meeting to prepare for the Council hearing.

Day says the organization was pleased by the turnout. “We’ve got to show everyone that we’re just as passionate as we were three years ago,” Day said in an interview. “We’re asking everyone to send letters of opposition to all of the City Councillors, the HRM Planners, the Mayor, and the Clerk’s office. If you’ve sent a letter in the past, please send another one. You can send them all the same letter, but please state that you would like your letter to be part of the Official Record for Case 19800. And we’re organizing for a massive turnout for the April 4 Council meeting.”

Lawrence Bellefontaine’s Kiann Management Ltd. kicked off this controversy back in March, 2015, when the company applied to rezone a parcel of land along Highway 7 in Porters Lake to use as a construction & demolition (C&D) processing site.

Residents of Porters Lake and nearby Lake Echo were furious about this proposal, leading to the creation of the Concerned Citizens of Porters Lake, Lake Echo, Preston and Mineville Areas. The groups’ Facebook site grew to more 2,000 members, and succeeded in forcing Bellefontaine to put his proposal on hold in the fall of 2016 when it looked like the staff report was likely to reject the proposal.

“We thought we were done,” Day said. “We have suggested other sites that are not in residential areas for Bellefontaine to consider. We don’t know why he decided to bring his proposal back after seeing how much community opposition there was. But we’re determined to defeat it for good this time.”