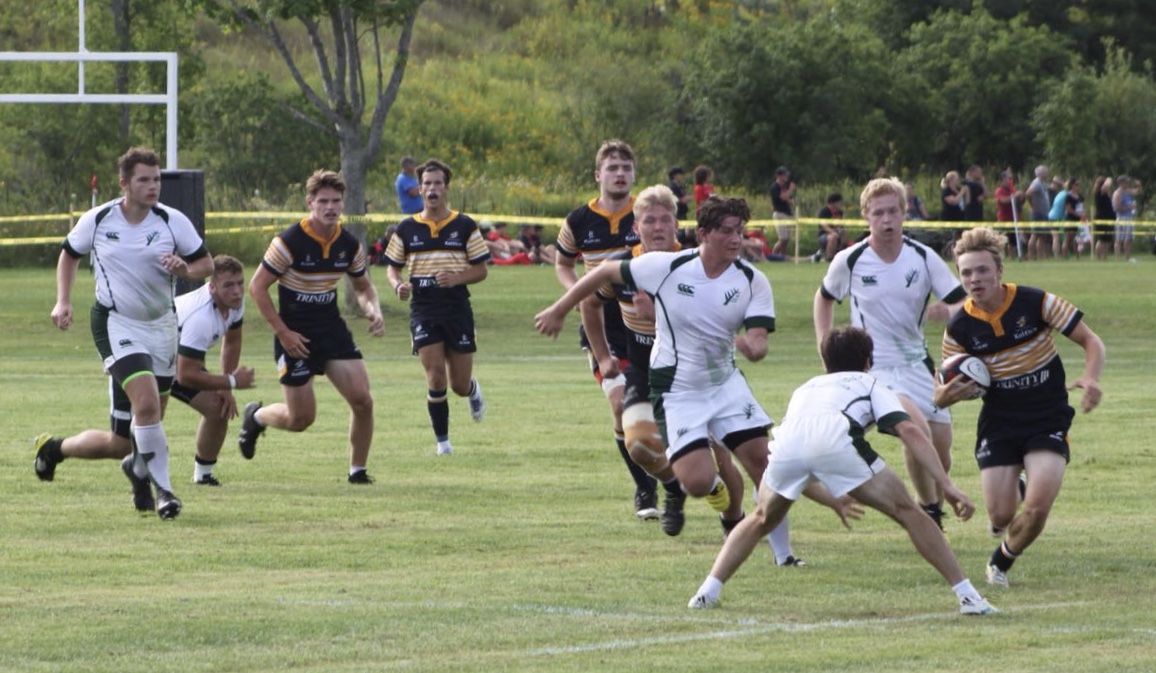 If Brandon Power’s any example, soccer is great training for playing rugby at a very high level. Power grew up playing soccer through U-12, U-14, and U-16, and only took up rugby two years ago. In November, he was selected as the only player from Nova Scotia on the national U-18 rugby team, with a trip to San Diego in the offing on Boxing Day for a training camp with Canadian and U.S. players.

Power says that while he loved playing soccer, he also likes getting his hands on the ball. “I like throwing the ball as much as I like kicking it,” he said, “and being able to run and tackle too; it’s really fun when it’s all put together into one sport.”

In all the excitement, Power said he was trying not to lose focus on his goal of going to college for a degree in human kinetics. “I want to keep my marks up. I’ve been looking at universities, and I’ve already been accepted at Saint-FX and Acadia. But there will be some scouts at San Diego. If I get a full scholarship offer to a school in the states, I’ll have to rethink what I’m doing.”

“In San Diago, there’ll be 60 players from Canada, split into two groups of 30, a red team and a white team,” Power said. “It’s more or less like a scouting for the U-20s, and the men’s team, getting everyone into the program who might end up on those teams.” Brandon’s Canada Red team is scheduled to play the U.S. white team on December 28th, and then the U.S. blue team on December 31. The Canada red team will play the Canada white team on January 2. The games may be live broadcast over the Internet. In the meantime, Brandon and his friends and family are working to raise the money to pay for the upcoming trip.