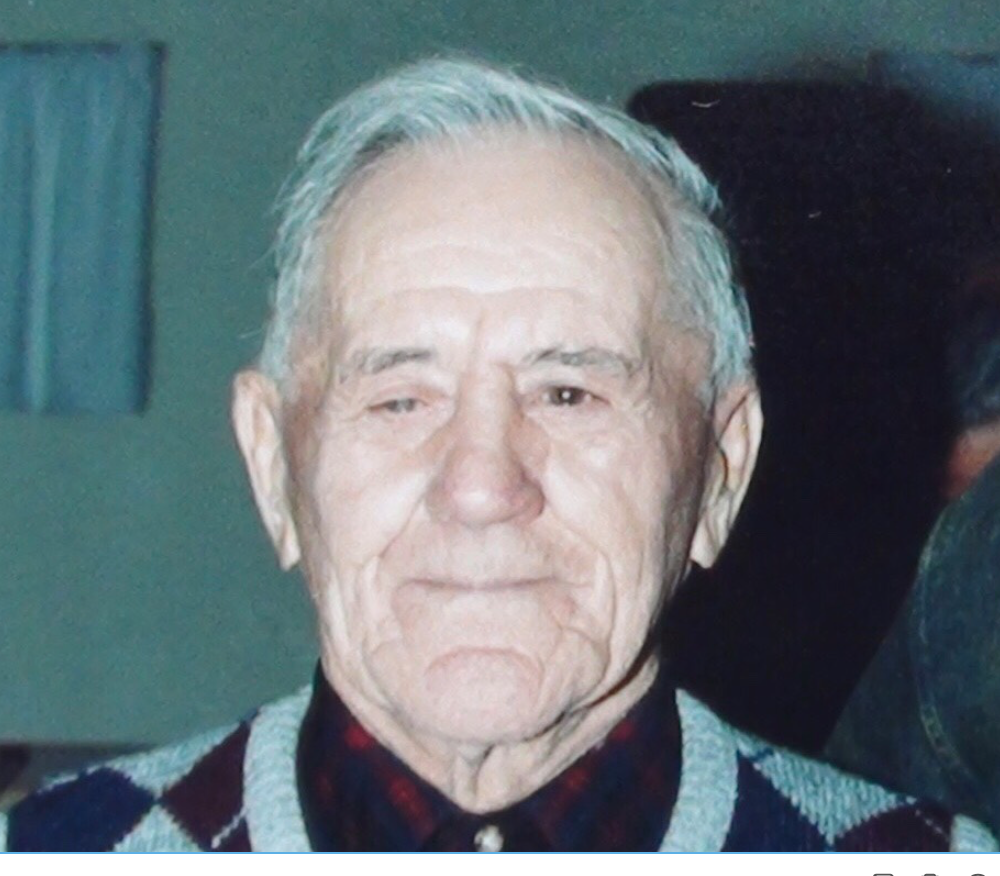 Celebrating the Life of Oliver Wolfe

More than 100 people turned out on January 5 at the Ste. Therese Community Centre in Grand Desert for a Celebration of Life Service & Reception in memory of the late Oliver Wolfe, who passed away just before Christmas at the age of 103.

Oliver was an extraordinary man who touched the lives of almost everyone in and around Grand Desert in his multiple roles of trapper, barber, bootlegger, and storyteller.

Oliver’s grandniece Jeannette Romans led the ceremony with one funny story after another about Oliver’s many exploits. In addition to a host of relatives, he had friends of every age. Jeannette pointed out his close friendship with Oliver Murphy, who was more than 30 years younger.

At one point, Oliver charged $5 to come to your house for a haircut, but only $3 if you stopped by his house. But as Jeannette explained, if you came to his house, you might end up buying a couple of hot toddy’s, so Oliver came out ahead.

There were knowing laughs and groans from the crowd about the speculation that he might have lived to such a ripe old age because he never married. Being single gave Oliver a leg up on the four or five other bootleggers in the area. If you stopped by his house to make a purchase, you could sit down for a drink at the kitchen table and stay and talk for a while, unlike the homes of his competitors.

No one ever found out where Oliver kept his products out of the prying eyes of the RCMP. As Jeannette put it, in Oliver’s case, “The RCMP never got their man!”

In a very special twist, the crowd got to hear from Oliver himself, who had recorded some stories not long before he died.

And on display was the very first barber chair he bought from a hair cutting school on Barrington Street for $5 around 1940. Oliver’s nephew Gerald Wolfe had lovingly restored the chair to its original gleaming state. Nearby were Oliver’s other barbering tools, and against the wall, his beloved 5-string banjo.