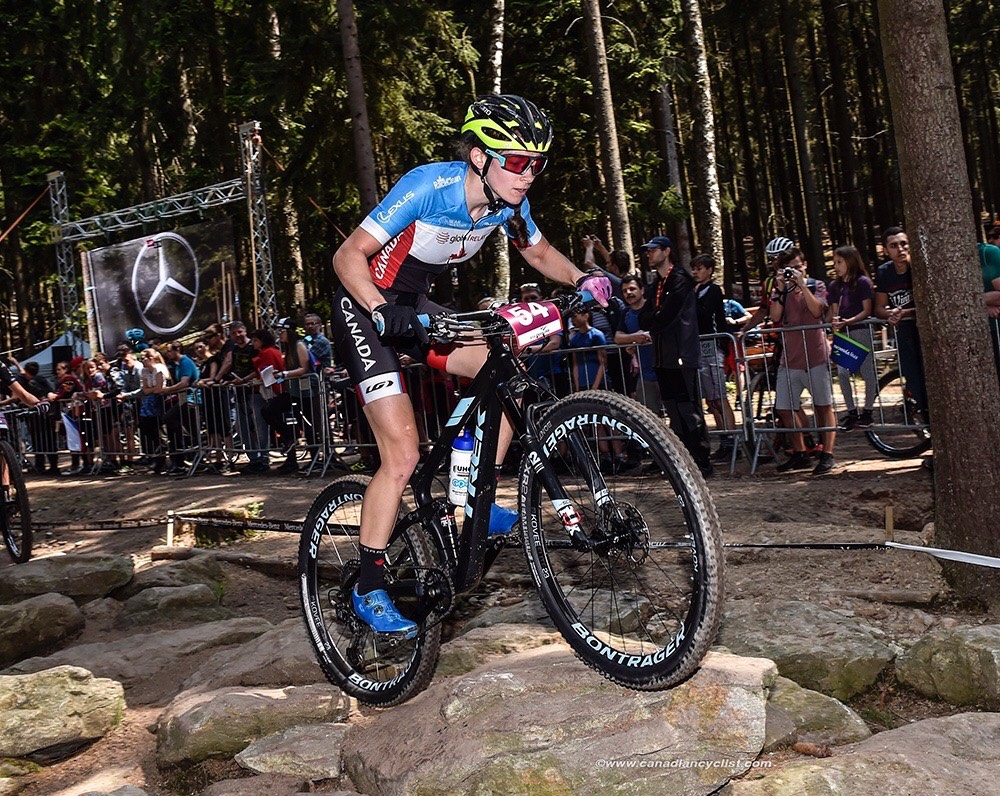 [Editor’s Note: We are happy to have Mackenzie Myatt interning this summer at the Cooperator. She’s one of the top mountain bikers in Canada, and we asked her to share some of recent experience preparing for a recent World Cup race in Europe.]

For mountain bike racers, there’s no higher level of competition than a European World Cup. You could say World Championship’s or the Olympics are bigger, but it’s all the same people. Racing in Europe has been a dream of mine for years, ever since I knew it was a thing. In the 2018 Andorra World Cup, I finished top 20 in the U-23 category (under 23 years old).

Skip to 2019, my last year in U23 and I get selected to race in Germany and Czech Republic in May. The weeks leading into those World Cups should have been very simple; I’ve done this before and I had better and better results last year. I know I can compete at this level and that I deserve to be here.

Psych; a month before the trip I injure my kneecap in a crash training in Comox, BC. I thought I just wacked it and it would be fine, but that wasn’t the case. I had to take three weeks off training before the pain went away. I had a doctor, physio and ortho all telling me I could ride with it, but I risked making it a chronic injury.

I decided to stop training, hoping that my body would take the break as a big rest and I would go in with maybe less fitness, but lots of energy. After three weeks off, the pain did go away and I started training again.

It would have been heartbreaking to give it up, especially since I am no longer going for ‘experience’. I am going to be racing for the top spots. Not the top step, not yet; there’s a grueling ladder of rankings to climb before you can be in a decent position start position. You need one in a mass start of 70 girls if you want to hit the podium.

I had to be optimistic. I’d done everything right in training and recovery and taking care of my knee up to this point. There’s great support from the eight other athletes, coaches, mechanics and physiotherapist. We arrive in Stuttgart, Germany and I’m a little worried about my fitness, but the world-class atmosphere at these venues is like nothing else. There’s little I would trade it for.

The races themselves are so high adrenaline; it’s euphoric. The heart beat on the loudspeakers at the start sets the tone perfectly. Germany is a rush of mud and chaos and crashing. I pick myself up and the other girls off during the climbs, but steep descents and wet conditions rarely mix well. Czech is better, I pass probably 20 girls in the first lap but quickly feel like I’m going backwards. I am passed back just as fast as I got ahead. Over an hour later all I can do is shake my head --I know I have more to give than that—I’ll be back.

I take in the flowers; the rolling fields of fluorescent canola and I plan my come back.

In July, I’ll tackle Andorra and France with another girl from Quebec and a small crew of two to support us. Rain or shine, we’re ready for anything.