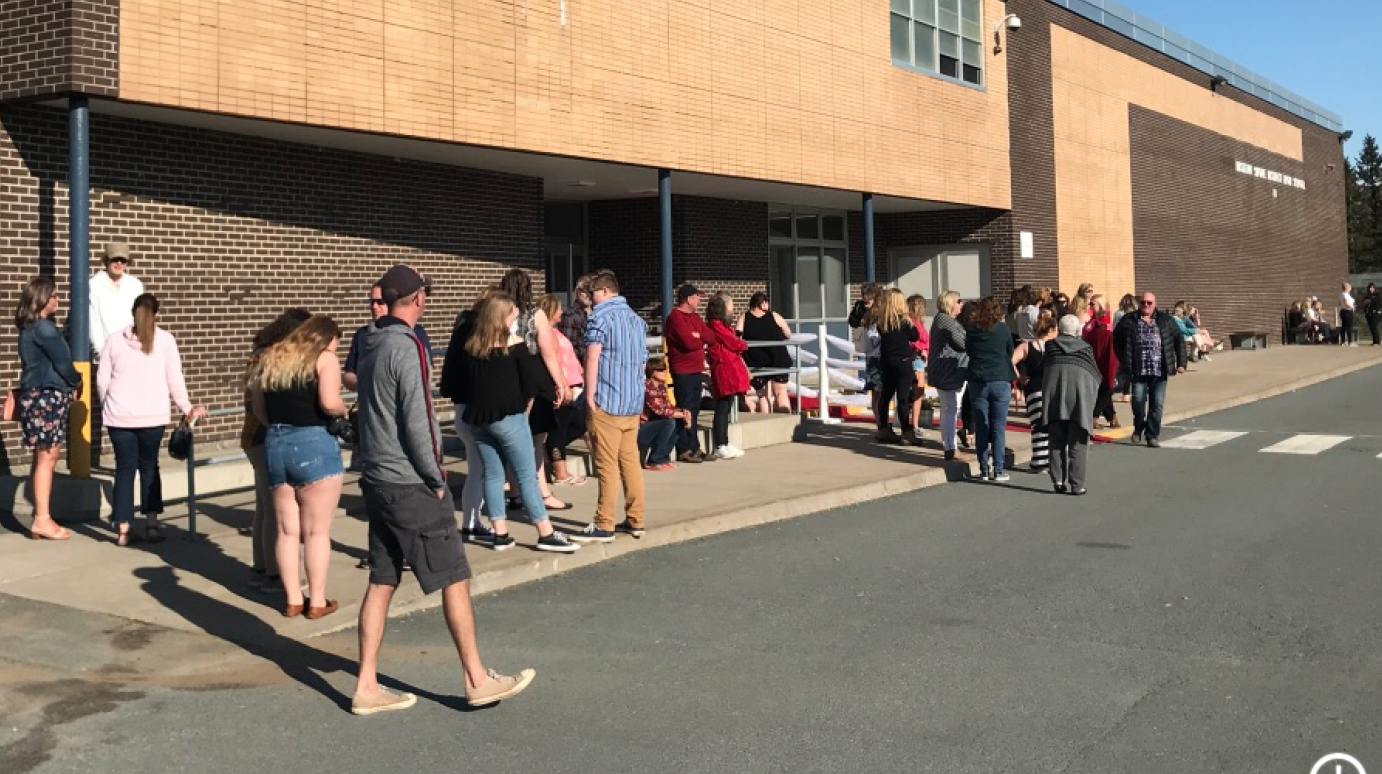 (February 21) In a surprising development in the long-running dispute over replacing Eastern Shore District High School, Education Minister Zack Churchill has suggested that the department is looking in to combing a new high school with a new junior high school.

Proponents of replacing Gaetz Brook Junior High School have been talking about this concept for several years.  But since Churchill announced plans for replacing ESDH in the spring of 2018, there has never been any indication that the department was considering this option. Such a change in plans at this point in the site selection process has the potential for generating additional delay and political controversy.

Churchill’s revealed this new possibility in a letter dated February 6 2020 to Muquodoboit Harbour Chamber of Commerce President Kent Smith, replying to a letter from Smith (December 19) asking about opportunities for public engagement in the site selection process.

Churchill wrote that the site selection process started with a technical evaluation of the current ESDH site, and that he expected a written report from the Department of Transportation and Infrastructure Renewal (TIR) in February.

Kent Smith, President of the Musquodoboit Harbour & Area Chamber of Commerce and Civic Affairs (MHACCCA), led the production of the Chamber’s report to the Department of Education recommending that the new high school be located in Musquodoboit Harbour.

“The MHACCCA was surprised to learn that Technical Report on ESDH will consider including a Junior High component,” Smith said. “Not only is this the first official mention of such a configuration, but including another school with the replacement of ESDH does not follow the Department’s new Site Selection Process. And in spite of what the Department has indicated in their correspondence, the fact remains that there are no avenues for the public to provide input or feedback on the site selection process.”

Chrissy Matheson, media officer for the Department of Education and Early Childhood Development sent back the following reply to these questions:

“Our school communities are growing, and we are building strong and modern public education facilities that meet the needs of our students and families. We continue to move forward in the process to build a new high school to replace the existing Eastern Shore District High. The site selection process is being followed, and the focus has not changed. As part of the technical evaluation process, The School Advisory Committee asked the department to consider if the site was able to accommodate future development. As our school communities grow, it has become a common practice to consider potential future development during the technical evaluation phase for all new schools.  Proactively evaluating sites for potential future development to meet the needs of growing communities saves additional time and tax payer dollars.”

“The community will continue to be consulted at appropriate times throughout the process.”

Matheson attributes the idea of a combined school to a request from something she calls “The School Advisory Committee.” Both ESDH and Gaetz Brook have School Advisory Councils. The Cooperator has asked for a clarification about which school originated the request.