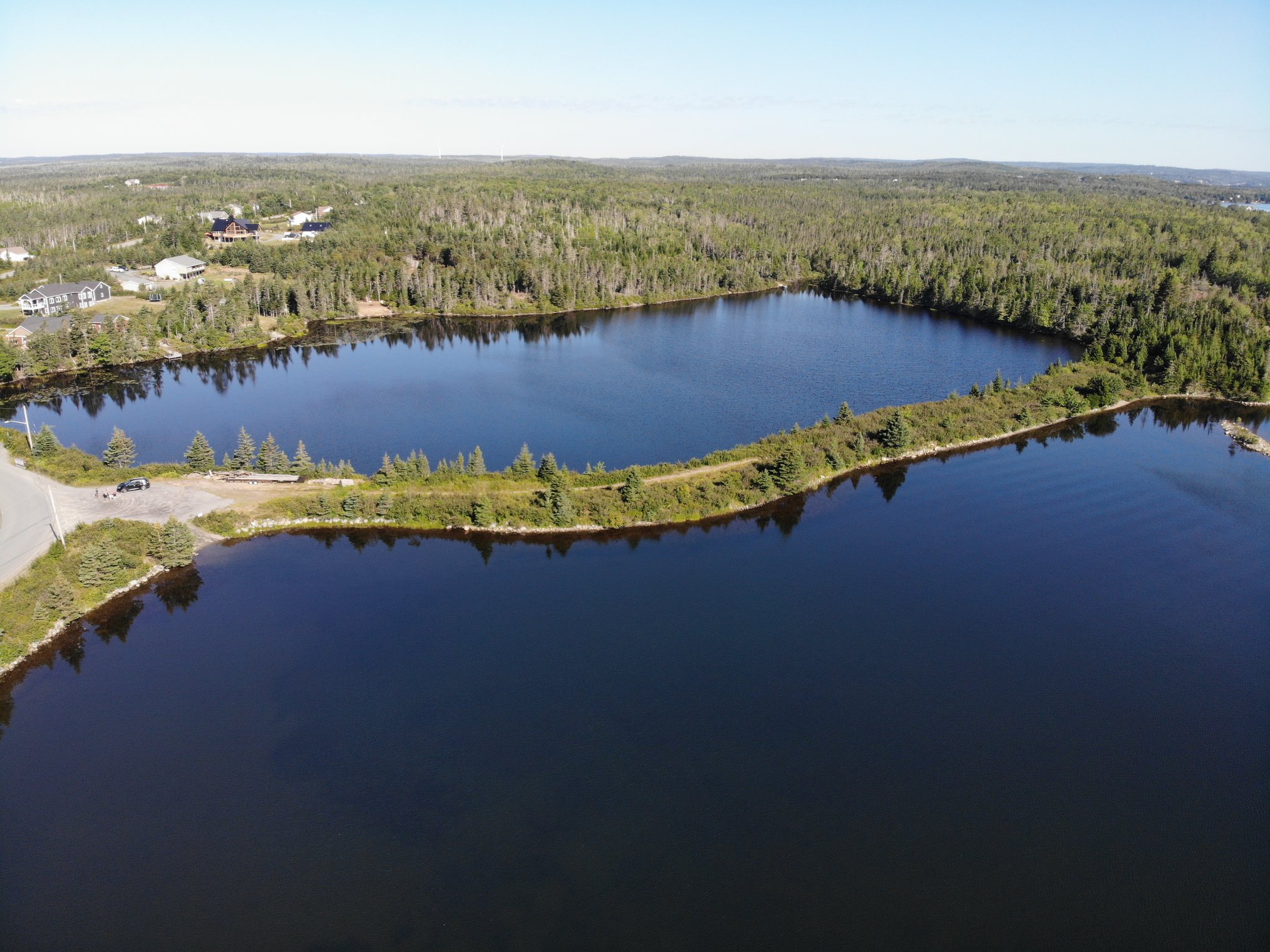 But in a surprising twist, the Cooperator has discovered that the two owners of the contested property were not only unaware of the petition drive, but had never talked to any of the opponents, and did not plan to interfere with walking access to the park or with use of the boat ramp.

The property in question, PID #40494288, has a small parking lot with a boat launch ramp, and a walking trail that leads across the low causeway into the southwestern part of Porters Lake Provincial Park. Local residents have used this path for decades, and the boat launch is one of the few public access points to the lake.

Scott Brogan and Igor Yushchenko bought the property almost a year ago for $125,000; HRM had assessed it for less than $3,000. The land is zoned RE (Rural Enterprise), a very broad zoning category that allows almost any kind of development except mobile homes, fish waste plants, large bars, and construction & demolition debris transfer and processing. They filed a development permit with the HRM Planning Department for a six-unit building to be built at the end of the causeway closest to the park, where the land is higher. Under RE zoning, the Planning Department would treat a proposed building there “as of right,” with no required public consultation or hearings.

The community did not find out about the proposed building until the late summer. A Facebook group, Greenough Access to Park Supporters (GAPS) went up in mid-August, and 70 people turned out for a public meeting on August 16, where people decided to launch a petition campaign. In a few weeks, they collected 393 signatures. District 2 Councillor David Hendsbee and MLA Kevin Murphy helped out by both signing all 45 pages of signatures, so that the petitions would be legally acceptable by both HRM Council and the Legislature. Hendsbee filed with HRM on September 17, and Murphy followed with the Legislature on October 3.

In the petition, opponents raised a number of concerns about losing walking access to the park, losing access to the boat ramp, the contrast with the single family homes on two acre lots in the surrounding area, whether the rentals might be short-term, and environmental impacts on the lake from sewage, and a flock of houseboats on the lake. They asked that government to stop the development, and acquire the land for use as a park.

Brogan, the owner of Docks Unlimited Too, has been building boat docks in the Halifax area for years, including docks in Porters Lake. He has also built several houses in HRM. Yushchenko came from the Ukraine to study law at Dalhousie University, earning a Master’s degree in 2015. He now works as an associate at the law firm Bacchus & Associates, and is licensed to practice law in Canada and the Ukraine. The two are not formal partners, but have teamed up on a number of projects, the best known of which being a small 576-square-foot houseboat in Lake MicMac.

In an interview with the Cooperator, Brogan and Yushchenko said they had not been aware of community concerns, with the exception of a single phone call from Councillor Hendsbee, and that they did not know about the petition campaign until the Cooperator contacted them for comment

Brogan said that they were still thinking about how to proceed, and might depart from their original development plan. He emphasized that in their discussions about developing the property, they had always intended to preserve the community’s walking access to the park across the causeway, and to preserve access to the boat ramp. Both men said they would be happy to sit down with community members at any time, listen to peoples’ objections, and discuss possible solutions.

As for the rumours about houseboats, Brogan did admit of an interest in houseboat communities like the one in Toronto, but said that they had no immediate plans to explore what their options might be at their causeway property.