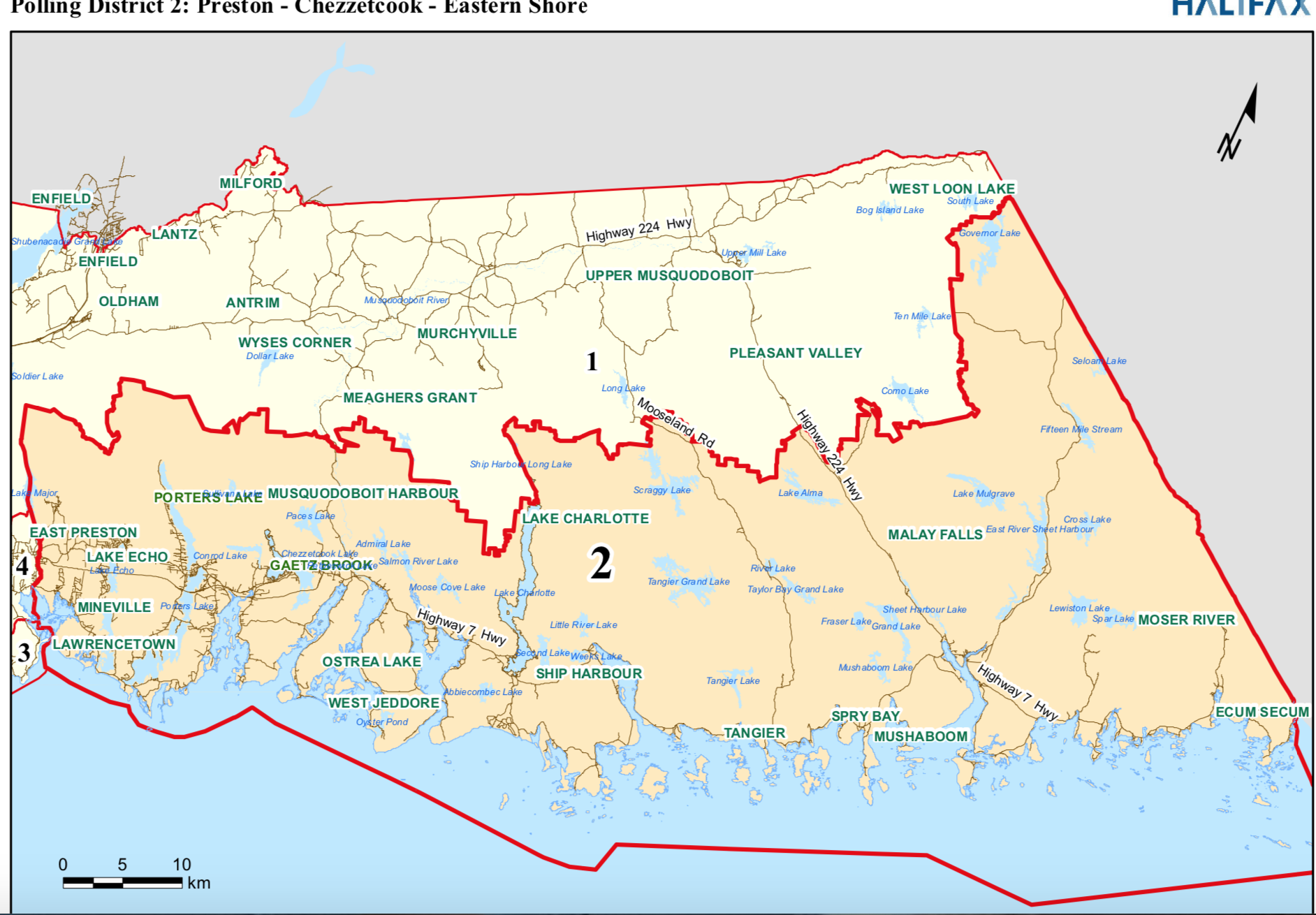 An investigation by the Cooperator has uncovered a route for making it easier for the three rural hospitals within the boundaries of HRM to recruit doctors and nurses.

Canada Student Loan Forgiveness for Family Doctors and Nurses has a website, and a handy little tool where you can input the postal code where you live, and find out whether the program is available in your post code.  If you enter the codes for the three rural hospitals in HRM, you get the following message back: “The place of work is not in a community designated for Canada Student Loan forgiveness.”

Because it turns out that loan program officials decided that the program would not be available in any area that Statistics Canada classifies as a  “Census Metropolitan Area” (CMA). So the Loan program is treating every square meter of soil within HRM as urban, and urban areas don’t qualify for these loans.

The Cooperator asked Statistics Canada whether the Loan Program’s blinkered view of the rural sections of HRM accorded with StatsCan's analysis, or whether StatsCan might be able to make case-by-case distinctions of rural areas that just happened--in this case because of the provincially-forced amalgamation in 1996, to be included inside a CMA—which would in turn make those areas eligible for the Loan Program.

We corresponded by email with Peter Murphy, Chief, Geographic Concepts, Standards and Areas, Statistical Geomatics Centre, Strategic Data Management Branch. On the basis of Murphy’s answers, we have learned that StatsCan is capable of distinguishing rural areas within the HRM CMA, which would in turn make it possible for the Loan Program to offer loan forgiveness to doctors and nurses who chose to practice at the three rural hospitals in HRM.

“It is important to note that while CMAs as a whole are considered urban by some users, nowhere is it stated that the entire space or territory of any CMA should be considered “urban”. Both the concept and the detailed definition of the CMA maintained by Statistics Canada provide for, among others things, straightforward delineations of core and rural areas within CMAs.  Furthermore, Statistics Canada provides a population size classification that not only identifies larger urban, but also rural areas.”[Emphasis in the original]

In fact, StatsCan has already identified the boundaries of rural areas with the CMA of Halifax:

“In the case of any of one or all CMAs, like the CMA of Halifax, the rural area within the boundaries of the CMAs are already defined...Each hospital can be assigned (or geo-located, based on their address, GPS coordinated or digital building footprint) to either a Population Centre or rural area – therefore allowing a person or a process to decide what makes sense or what would be the most applicable, etc.”

“While Statistics Canada has no direct say in or purview over the wide array of programs developed and implemented by enabling departments/ministries/agencies, it would be perfectly in line with existing practices for other programs to consult with Statistics Canada on the meaning or conceptual underpinnings and definitions of indicators, datasets or other products produced by this Agency. Statistics Canada is contacted from time to time by enabling departments/ministries (federal and provincial) and invited to provide subject matter advice as these other agencies seek to develop place-based policies that intend to use one or more of definitions maintained by Statistics Canada.  This would include the census geographic area definitions.

In my experience, once contact is made, a critical part of this type of consultation includes a meaningful discussion on the matter of whether or not an existing definition fits with the intent or purpose of the policy and/or program, and how a policy or program would benefit (or not) from using the full extent of any one or combination of these definitions and data.”

So at this point, knowing what we have now learned about StatsCan’s ability to identify rural areas within HRM, we would hope that the elected officials who represent the rural areas of HRM—Councillors, MLAs, and MPs—will get together quickly, and do whatever needs to be done to get the Loan Program officials to meet with StatsCan and end the injustice depriving the citizens of rural HRM of a powerful incentive that all other rural residents of Canada use to recruit sorely needed doctors and nurses.

[Note: We asked several days ago for comment on this information from StatsCan from officials at Employment and Social Development Canada who supervise Canada Student Loan Forgiveness for Family Doctors and Nurses. We will publish their comments when they reply to our request.]

For more on this fast-moving story:

The PC Caucus brought the issue up during question period on April 11. For the full text of the press release, see the Cooperator story, "PC Caucus Joins Fight for Rural Doctors in HRM."