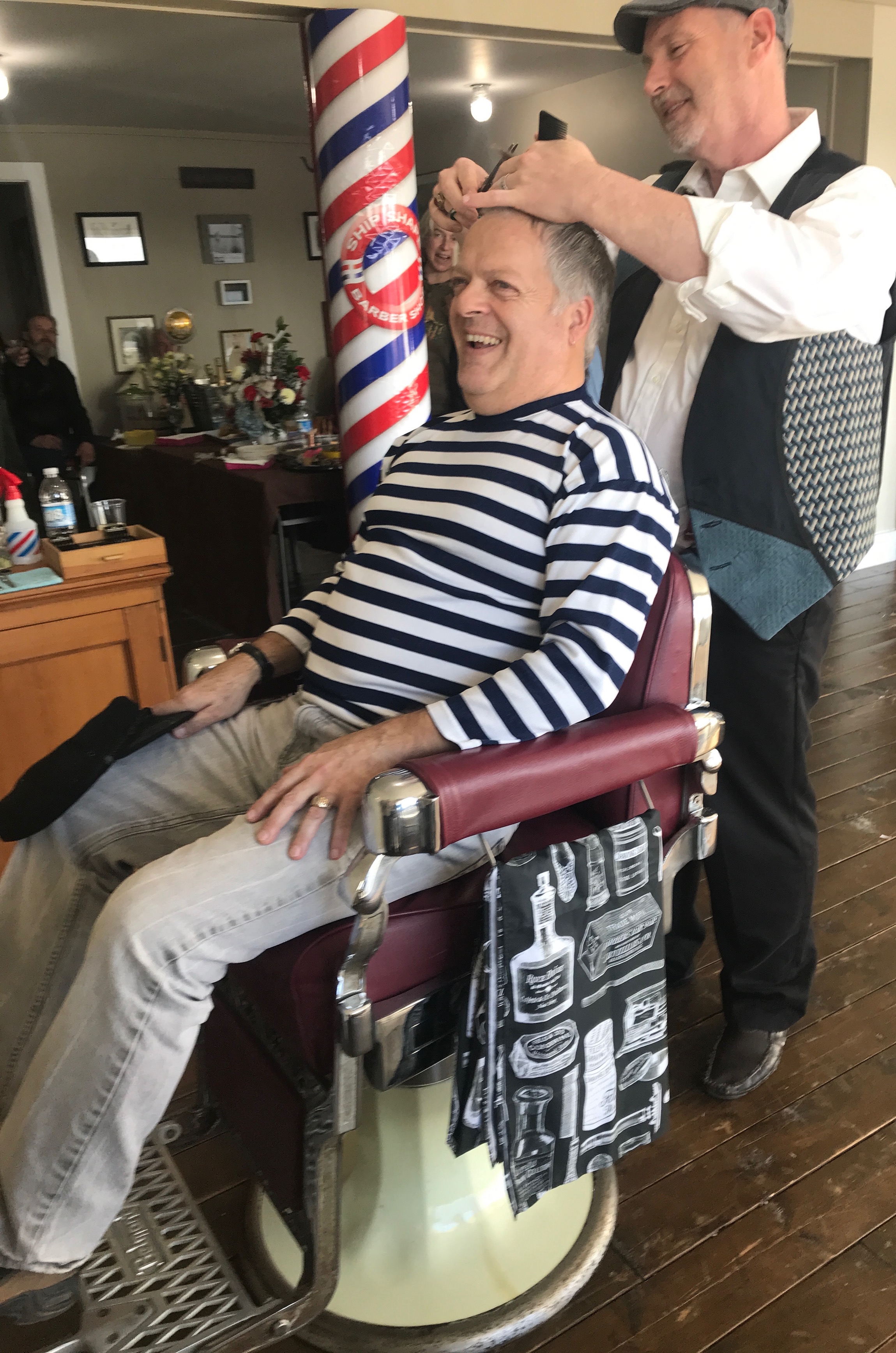 It’s hard to imagine a commercial space that’s gone through a bigger change over than the little yellow building at 8339 Highway #7 in Musquodoboit Harbour. Last November, an RCMB raid emptied out the Hells Angels, who’d been holding court there since 2016.

Collette came to barbering after more than two decades in education. His father was in harness racing, and although he was born in Moncton, he grew up in dozens of places across Canada and the United States as his father practiced his skills as a trainer, a blacksmith, and a race driver.

Collette moved to Nova Scotia after meeting Vaughan online. He’d flirted with barbering once before in the early 1980s, only to find barbershops closing left and right. But after years of commuting, when he came to the Eastern Shore, he started thinking again about setting up his own barbershop. While still working, he enrolled in Eastern College’s barbering program, and graduated in December, 2017.

Meanwhile, Vaughan noticed the “for rent” sign at 8339. The space turned out to be perfect for Collette. “I went to Memory Lane when I first visited the Shore,” Collette said. “I’ve always felt like I was born in the wrong time. I wanted a place with a 1940s feel. And I wanted it to be not just a barbershop, but also a community place. That’s why I’ve got extra seating, and boards for playing checkers and cribbage.”

The shop has a traditionally striped barber pole, and what looks like a 1940s radio playing period tunes. (Caitlin Smith took the guts out of an old radio, and replaced the tubes with Bluetooth speakers connected to the Internet.) Collette is planning monthly movie nights featuring pictures from the 1940s, and big bags of popcorn for everyone who shows up. The vintage red-leather-clad barber’s chair features what has to be one of the most spectacular views of any barbershop in HRM, looking out across the upper reaches of Musquodoboit Harbour.

Vaughan’s gallery space was an afterthought. Vaughan has a studio space on the 2nd floor of the Musquodoboit Harbour Railway Museum, but he had never had a gallery before. “We were checking out the space for Wayne,” Vaughan said, “and there were these French doors over on one side opening into this little room. So I started percolating the idea of having a gallery off the barbershop. Calling it the Clipper Gallery was a play on barbering, and on the clipper ships that used to sail into Musquodoboit Harbour.”

For more information, see the Facebook pages for the Ship Shape Barbershop and the Clipper Gallery.