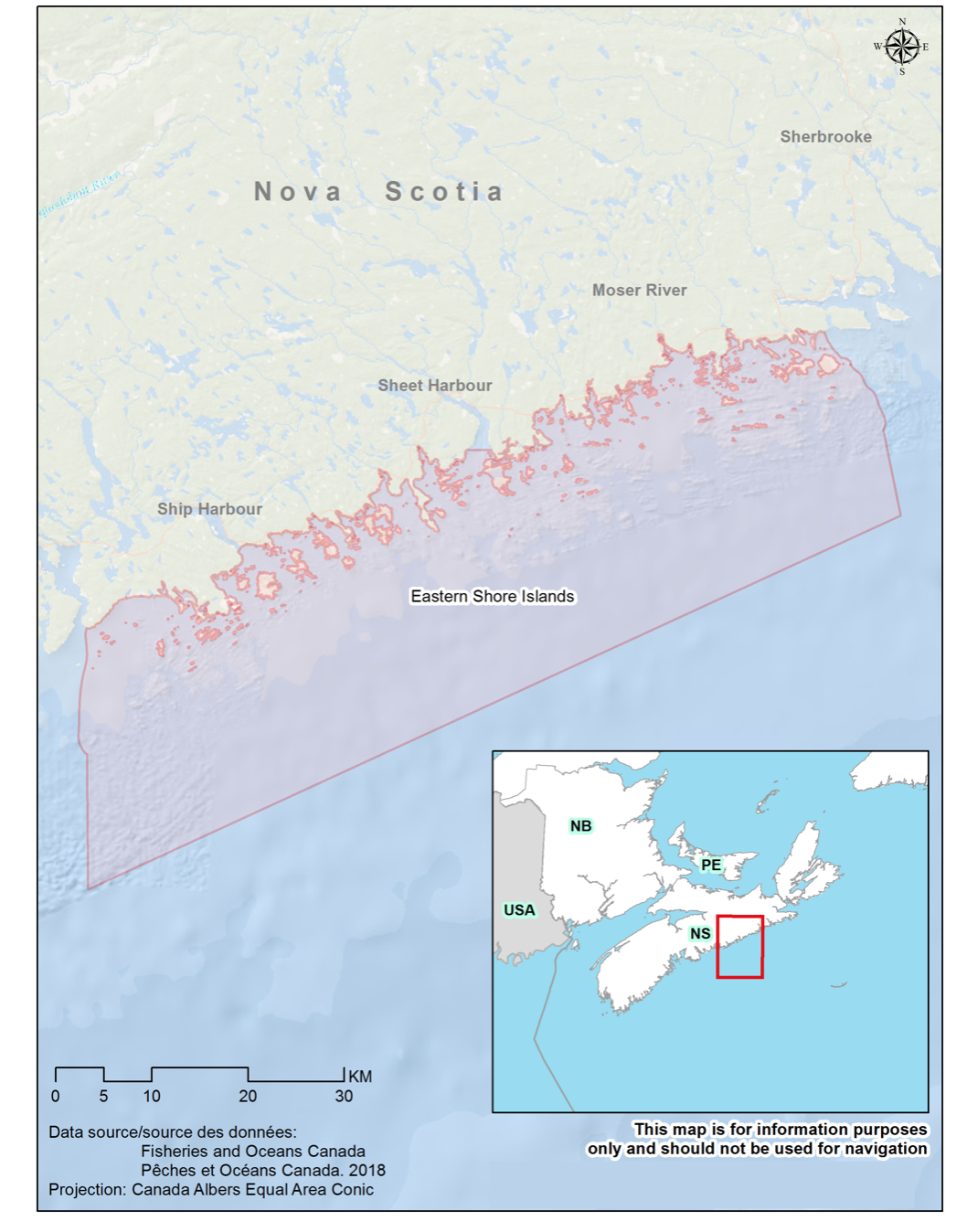 Six months after the release of the Final Report of the National Advisory Panel on Marine Protected Area Standards, DFO Minister Jonathan Wilkinson announced today, April 25, that the government would adopt the Panel’s recommendation to prohibit four industrial activities in all new federal MPAs: oil and gas activities; mining; dumping; and bottom trawling.

DFO’s failure until today to guarantee that there would be no oil or gas drilling in the proposed Eastern Shore Islands MPA has been a sticking point in DFO’s efforts to build support for the MPA.

However, neither the National Advisory Panel nor Minister Wilkinson had anything to say about what many consider to be the most immediate threat to Nova Scotia lobster fisheries, the planned massive expansion in open-net fish farming.

In a backgrounder report, DFO provided additional details on what would and would not be allowed in MPAs. (DFO had previously done a risk assessment of lobster fishing within the boundaries of the proposed Eastern Shore Islands MPA, and announced that lobster fishing would be permitted within the waters of this MPA):

“All other activities, including fishing that does not use bottom-contacting gear, will continue to be assessed on a case-by-case basis to ensure they do not pose a risk to the conservation objectives of the MPA.

“Bottom-contacting gear for Indigenous food, social, and ceremonial purposes and for scientific research purposes will be allowed within MPA where it does not pose a significant risk to the MPA’s conservation objectives.”