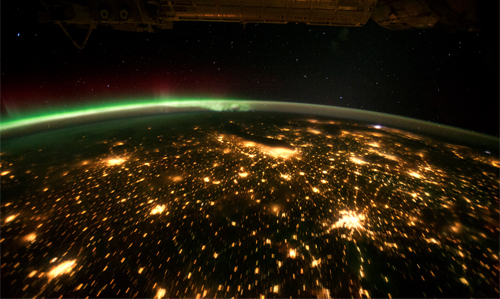 Don’t Replace Street Lights: Turn Them Off! By Colin Cameron

I learned from Councilor Hendsbee’s latest monthly communiqué that HRM is replacing our existing orange sodium streetlights with brighter blue LED lights. According to HRM, this change of some 44,000 streetlights will result in “improved visibility and safety for all users.”

LED lights are cheaper to operate. But the city is missing a golden opportunity here to save even more money by just turning off some streetlights for good, especially in rural areas.

But wouldn’t that make our streets more dangerous, and encourage more crime? People are being lured into a false sense of security when they believe that streetlights will somehow make them and their property safe from criminal activity. Numerous studies demonstrate that lighting has little or no effect on rates for some crimes, and can actually increase certain crimes like car theft, vandalism and burglary.

In a survey of incarcerated felons for crimes of vandalism, car theft and robbery, over 98% made no reference to lighting as a factor in what time of day or night they committed their crimes until prompted.  Then the study revealed that they preferred to ‘work’ in lit areas with only 2% preferring darkness.

If a house were in darkness, a criminal would need to carry a flashlight. Streetlights provide enough light to operate inside a house without turning on lights or using a flashlight. In rural areas, streetlights light up the house, yard, sheds and vehicles etc. for better viewing, whether you want it or not. Motion sensors on yard lights are much more effective in that they startle would be criminals.

Nor do streetlights make driving at night in rural areas safer.

It takes the human eye 9 seconds to completely adjust to radically different light levels. If you are driving in a rural area with streetlights on every second pole it means that your pupil adjusts to the light, does not have time to adjust to the darkness in between lights.

Add a black thick o’ fog, rain or snow and each streetlight creates a ‘wall’ of light, beyond which you can see nothing. It is the same as a theatre lighting trick using sharkstooth scrim cloth. If you shine lights on the audience side of the cloth, creating a ‘wall of light,’ you can’t see activity behind it. Light reflecting off water/ice particles has the same effect.

Streetlights also contribute to the negative health effects of nighttime lighting. Doctors at the 2012 annual meeting of the American Medical Association adopted a report on nighttime lighting that focused on light-induced disruptions of the body’s circadian biological rhythms. The study found that such disruptions have “potential carcinogenic effects related to melatonin suppression, especially breast cancer. Other diseases that may be exacerbated by circadian disruption include obesity, diabetes, depression and mood disorders, and reproductive problems.”

Given all these problems with rural lighting, I urge our municipal officials to stop squandering our tax dollars on lights that serve no purpose and have no benefit other than guaranteeing the 9.5% return on NSP’s shareholder annual dividends.

Editor’s Note: For more information about the impact of light pollution, see: