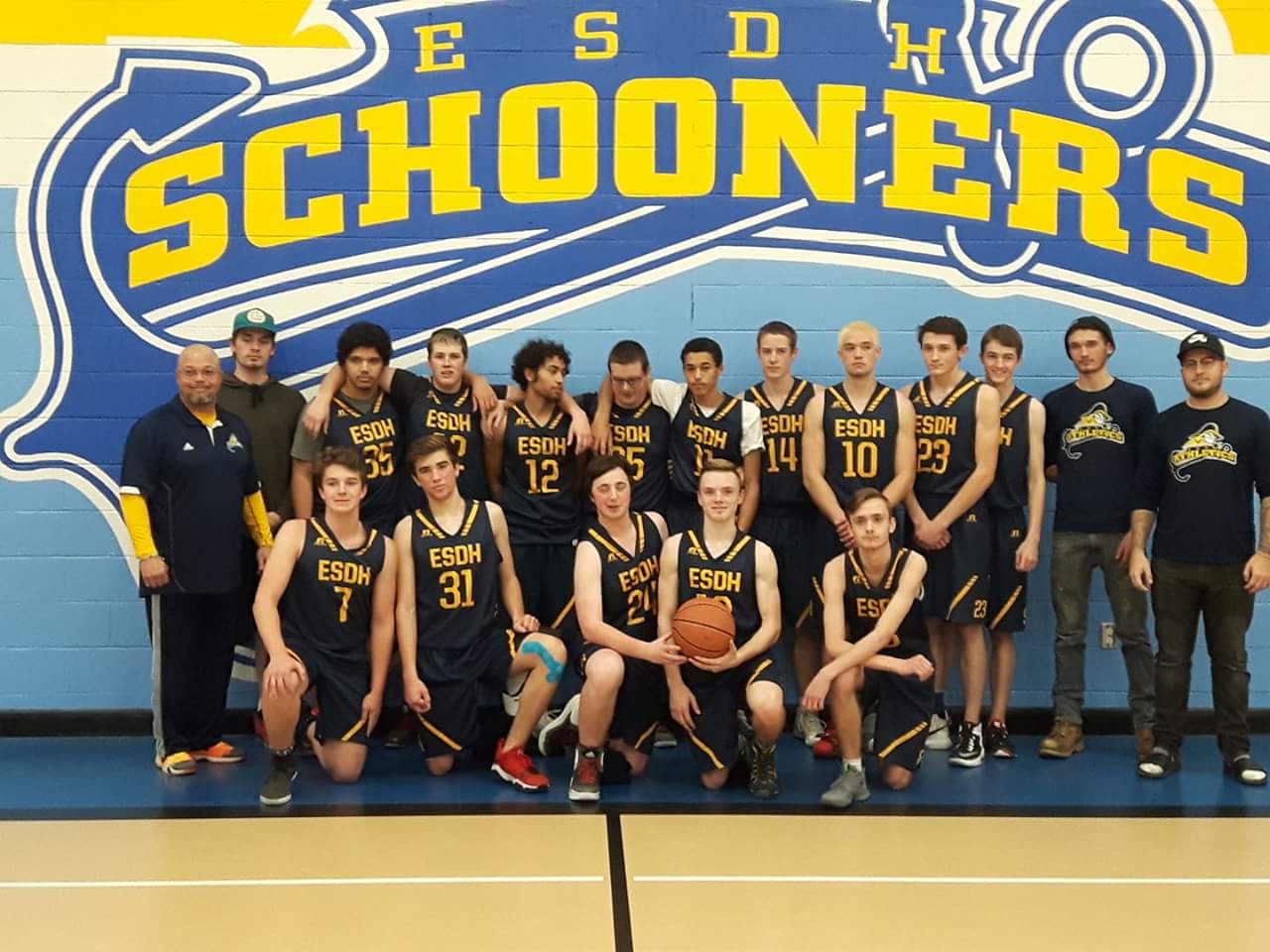 The ESDH boy’s basketball team lived up to the hype this year. After their first two exhibition games in October, the team posted the best record the school has ever seen in the regular season, with 9 wins and 1 loss, to Sir John A.

The team faced adversity throughout the season, with injuries to two star players, Malik Norie and Kahleel Robinson. These losses could have set the team back.  But with Coach Bruce Spicer working the boys hard, new players took on the role of star players. Brandon Power, Logan Hirtle, and ESDH Co-President Dylan Walsh stepped up and got the team continuing to perform at a high level.

From start to finish, the team looked very good all year long, beating teams in their league by more than 20 points against just about every opponent and even putting up 100 points against Sackville High.

The boys also got to compete in many tournaments throughout this year, including Halifax West’s big tournament, giving them the chance to play against Division 1 teams. The team was not able to get a win in these tournaments, but they were without star players Malik Norie and Kahleel Robinson. The team took those losses as character-building losses, growing with every game, and getting better.

In late February, the boys played in Regionals against Sommet and Millwood to decide who would go on to play in Provincials. Sadly, the boys lost out on going to Provincials, but their season was not over. They will play in their league playoffs, a semi-final on Friday, February 23rd and the league final at home on Monday, February 26th to decide the league champion. (This article is going to press before the final two games. Check the Cooperator’s Facebook page for scores.)

Marcus Brady is a senior at ESDH and a member of the boys’ basketball team.