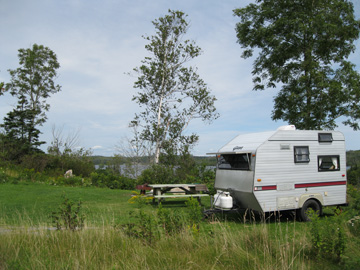 Jennifer Vey explains why so many people are fighting so hard to reverse Premier McNeil’s decision to slash staffing at Porters Lake Provincial Park from 10 to 4.

A short time ago the government announced that Porters Lake Provincial Park (PLPP) would be changed from a full service park to a self serve park.  The staffing levels will be reduced  from 10 to 4 employees.

The feedback against this decision was unanimous from our community.  After the announcement, the community was determined to keep PLPP as a full service park. This would require staff be kept at previous levels.

We fought this decision by assembling a strong team of community leaders and of passionate community members, all coming together from near and far.  Many people dedicated hours to research and writing.  We built the Facebook group Friends of Porters Lake Provincial Park to share our memories of the park and to raise awareness.  Everyone we have talked to on the Eastern Shore is united against the decision to change PLPP to a self serve park for all of the reasons we have outlined in the past.

Sadly, I have learned that at times facts, figures, and community opinion mean nothing in the political realm.  In short, after this process of researching and community building, I felt defeated.  In our meeting with DNR,  I felt our position was solidly defended, however, there were no concessions, no compromises. After the meeting there was no further contact from any officials.  I left feeling like the meeting was little more than a formality.  I see how the government process makes people feel small, pushes people away, and does not help with the revitalization of the province.

What have we learned since this decision to change PLPP was made?

What have the Friends of PLPP accomplished?   LOTS!

The good news is; what was done can be undone.  The budget is now set, but how the funds are distributed can be changed.  We are not unreasonable, we recognize cuts need to be made.  However,  these cuts need to be justifiable and fair.  Decisions should be made by following the province’s own guidelines set forth through One NS (Ivany Report) and The Path We Share. Decisions need to be made with community involvement and employee dialogue, along with careful study of the impact of these decisions from all angles.

The Eastern Shore will remember what is being done by this Liberal government. Make your officials accountable before the next election. Let them know this is unacceptable.  The park opens on May 15.  There is still time.

Jennifer Vey is a resident of Porters Lake and holds a Bachelor Degree of Recreation Management.  She is also one of the organizers of FB group Friends of Porters Lake Provincial Park.