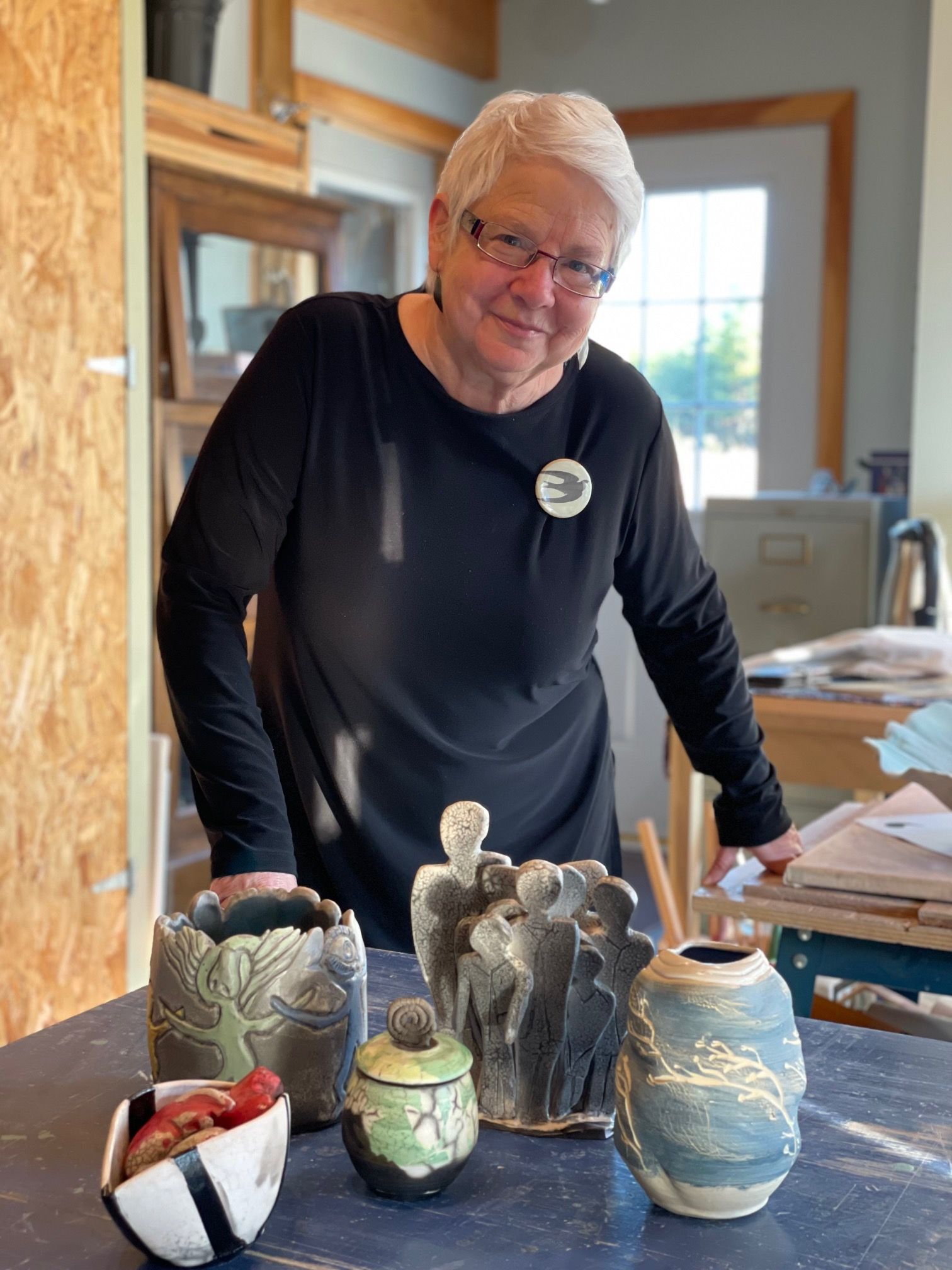 Healing with Poetry and Pottery

More than ever, we’ve come to appreciate the importance of “self care” as we’ve progressed through COVID-19.

Frager published dozens of articles in medical journals. And she was director of the Humanities-HEALS Program at Dalhousie University. (HEALS stands for Healing and Education through the Arts and Life Skills.) In 2013, Frager was awarded the Queen’s Diamond Jubilee Medal for her pioneering work in palliative care for children.

"I was writing poetry, mostly as a stress reliever,” Frager said. “Not that I didn't love my work, but I really needed some kind of space to breathe. In 2008, there was a wonderful cooperative called Turnstile Pottery, just down the street from me in Halifax. I thought, ‘I've always loved pottery, it's time that I go and try it.’ Afterwards I just felt a sense of peacefulness."

Frager was first introduced to raku, a technique for firing pottery invented in 16th century Japan, through a Nova Scotia Potters Guild member. Frager fell in love with raku. “Since 2008, I've taken workshops wherever I can."

When Frager retired to Spry Bay in 2014, she built an outdoor raku kiln with her husband. "With raku, you have to fire it quickly, then you take it out when it is glowing red hot with gloves and tongs. You put it in a bin with combustibles like newspaper, seaweed, and leaves, and the whole thing goes up in fire. Anywhere there's not glaze, there is black smoke and carbon deposit. It's great for people who don't like delayed gratification because within half an hour you get to see your piece."

Frager also likes doing functional pieces embossed with impressions of leaves and flowers. "Nature has always been a source of comfort to me. I have a lupin platter in the kitchen. There's no lupin out now but I get to see them all year round on the platter. I like the fact that you can use it and see the natural world every day."

tend not to like repetition in pottery, but they were persistent. So it was really interesting for me to do fifty steins. I learned how to throw better, taller, bigger. The mugs are all a little bit different, carved with waves on them. It was a good experience."

Frager led an effort with her fellow potters to help people following the murders in Portapique by making touchstones. Rubbing a touchstone brings comfort to many. “When the tragic Portapique murders happened, some of us thought we should have touchstones available for people. I put a call out to our Potters Guild, and we had sixteen different potters make hundreds and hundreds of touchstones for those affected. We tried to think of everybody who had been impacted. We sent them to about twenty different places like schools and the RCMP, and then I got a note, 'Can we have more?’”

Frager has also combined her love of poetry with her love of pottery in her 2018 book, Signs of Life: Images formed from Words and Clay. In the book, each poem appears with a complimentary photo of a piece of Frager’s pottery.