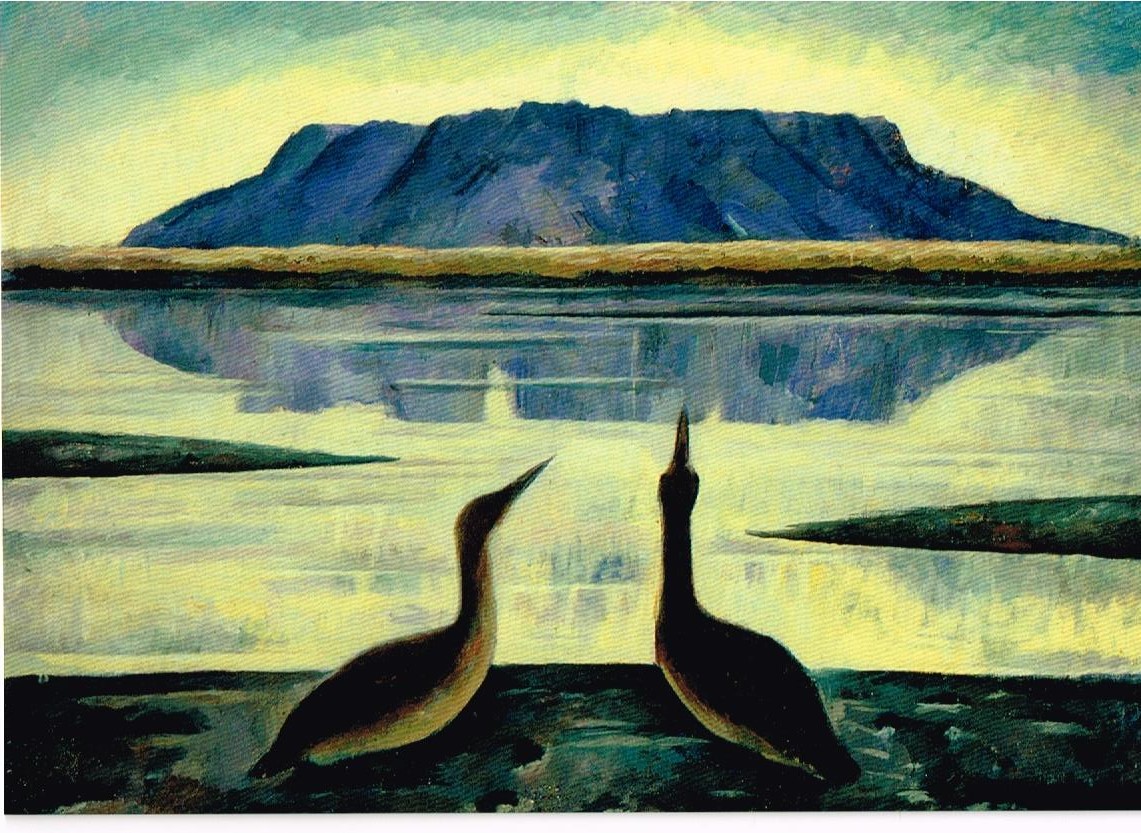 I traveled to the awe-inspiring country of Iceland for ten days in early April 2019. Here are some too-brief impressions of this island-country.

--After a three-hour flight, a five-hour layover, and a long, bum-crushing flight to Keflavik Airport, a total of thirteen timeless hours of the placeless purgatory of planes and waiting, I have a stunning new appreciation of freedom, as I make my way towards baggage.

--It’s 6:20 am.  I turn and look out the window to find a sunrise: wisps and blots of soft purple streaked with golden cream. It’s as if Odin, the Norse god of warriors, sages, and poets, has from his throne Hlidskjalf, decreed that the sky be batiked and tie-dyed for my arrival, a sunrise aurora.Just a few minutes in this country, and I have already seen a new kind of Northern Lights.

--Iceland came on my radar back in 1999 or 2000 when the Icelandic Memorial Society of Nova Scotia contacted my father about the Icelandic settlement remains at Markland, north of Mooseland  A group of Icelanders tried to eke out a living there in 1875, before they went west. The Society created a cairn, a replica of one of the cabins, and a film about it, The Log Cabin at Markland, available from our local library.

--I traveled to Iceland to attend the Iceland Writers Retreat (IWR): five workshops, tours, receptions, and dinners with a talented cast of international writers.  IWR is not a retreat at all--if you think of a writer secluding herself in a room to open her wrists and bleed --to paraphrase one writer’s definition of what writers do--or should do.

Instead the event is a churning mass of over sixty participants filling the Hotel Natura lobby, as some of us pile onto a bus for the Borgafjordur tour to visit the homes of the 13-century writer and chieftain Snorri Sturluson and the Nobel Prize-winning author Halldor Laxness (1902-1998.) Laxness’ modern Scandinavian, light-filled home is floor-to-ceiling books. Books are wallpaper here--and treasures. Outside is an April-raw landscape of fields, coarse hills of stubby yellowed grass, and a winding footpath along a cold creek.

--“Eliza Reid’s the President’s wife?” I ask my new writer friend, about the woman I knew until now as the co-founder of this Retreat.“She’s a Canadian who met him at Oxford when they were students. He was a history professor before he was president.  Her name’s on the invite.”

--A few hours later, in the main hall of Bessastaoir, the Presidential Residence, waiters serve us champagne and hors d’oeuvres as the President and Eliza welcome us. We meander through rooms showcasing the finest Icelandic art --and stroll outside where a gaggle of greylag geese are as comfortable as we are.

-- “She was pissed,” says the owner of the War and Peace Museum located in the barracks where 3,000 British and American soldiers during WWII swelled the population of Iceland, which wanted to remain neutral. We are surrounded by a wealth of photographs, uniforms, helmets, old radios, and numerous other artifacts. “She was pissed,” he says again about his mother and “the Situation,” when some Icelandic women cavorted with the soldiers. Have you heard what to do if you get lost in an Icelandic forest? Answer: you just stand up.

--I’ll return next month with a profile of another Eastern Shore artist.'