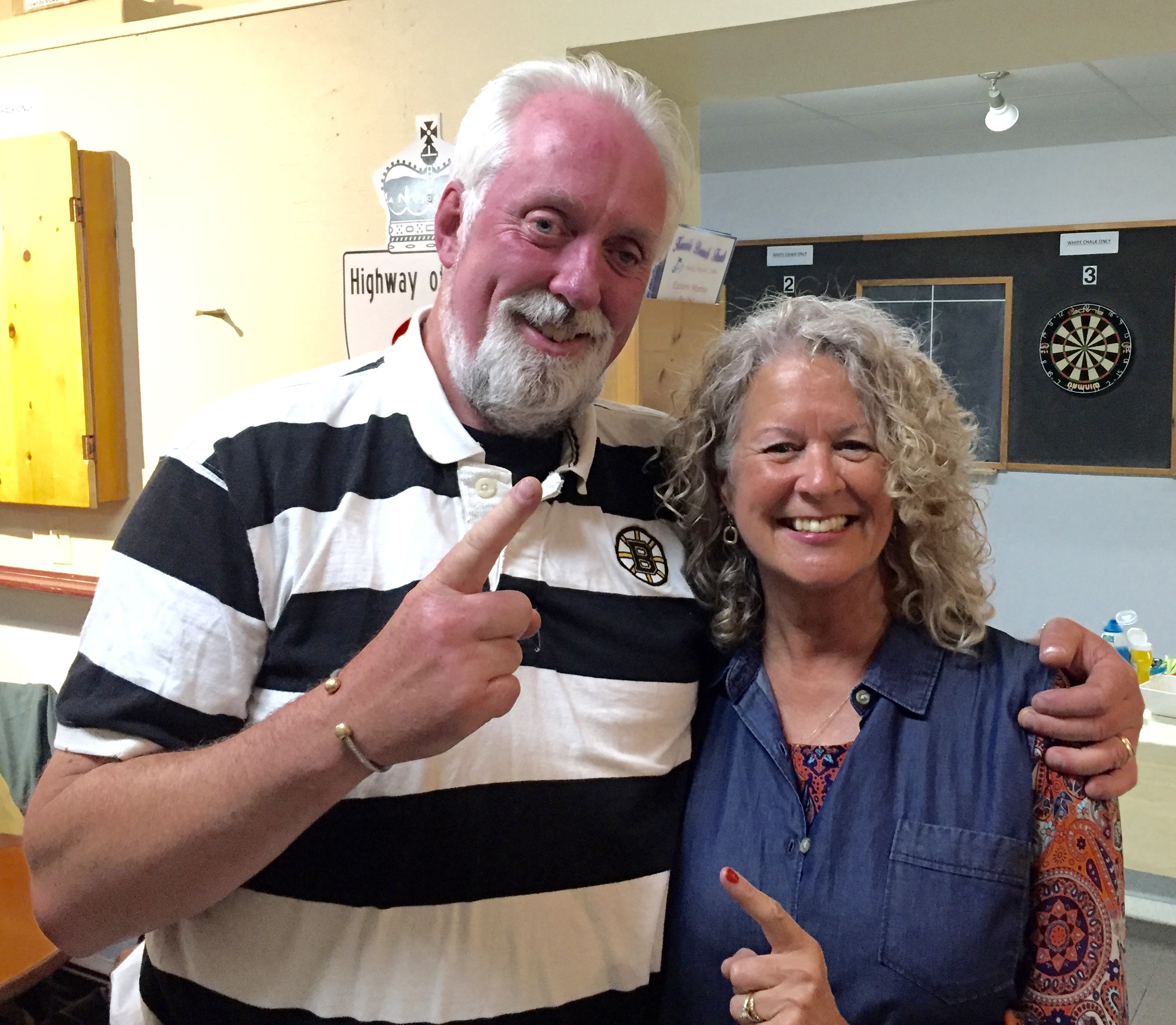 David Hendsbee and his wife Susan welcome news of his re-election.

(This article was revised at 10:00 am October 16 with the complete unofficial results for City Council and School Board. Returns for the other two races remain incomplete at this time.).

In an election in which turnout dropped to a miserable 31.7% of the vote, there were no surprises on election night on the Eastern Shore, with wins for District 2 incumbent David Hendsbee and School Board District 1 incumbent Bridget Boutlier. (Turnout in 2012 was 38.7%).

In the race for African Nova Scotian Member of the Halifax Regional School Board,  Archy Beals (1419) held a  vote lead over incumbent Melinda Daye (1106), with 361 of 499 tables reporting.

In an interview this evening, Hendsbee said this year’s race had been easier than the his first run in the expanded district in 2012, which he called “a hard fought battle.” He attributed the difference to less communication with the voters by other candidates. He felt his opponents this year “didn’t utilize the media, didn’t buy a lot of advertising, and didn’t use the mail box.” (In 2012, Hendsbee won 40.7% of the vote in a 6-way contest.)