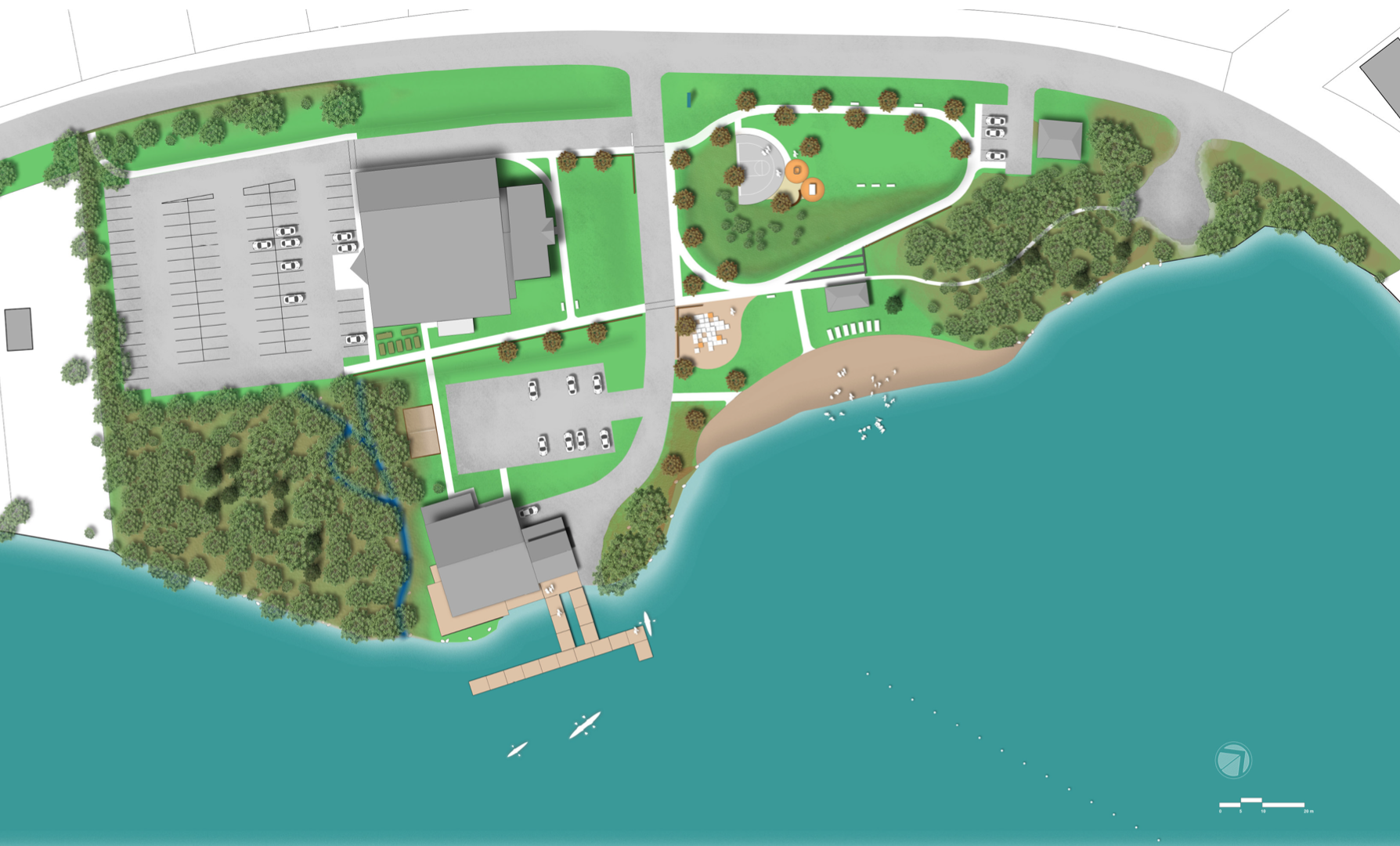 HRM planners from Parks and Recreation held an open house at the Lake Echo Community Centre to unveil the latest iteration of their evolving plan for redoing Lake Echo District Park.

The new drawings incorporated feedback from a public session last fall. The current version calls for a number of new walking paths and trails, and a new picnic/BBQ area.

The plan also calls for the closing of the boat launching ramp. Planners told residents that the ramp was a safety hazard, too close to the piers of the Orenda Boat Club and to the public beach and swimming area. The ramp is also not steep enough, forcing boaters to drive their vehicles out into the lake.

But as several people noted, there is no other public boat launching access points on the lake. There is only a nearby small private ramp that charges boaters. There were concerns that closing the existing public ramp without arranging for another public ramp would cause inconvenience and hardships for boaters. The design is still a long way from being finished, much less funded, which may allow time to find another launch site.