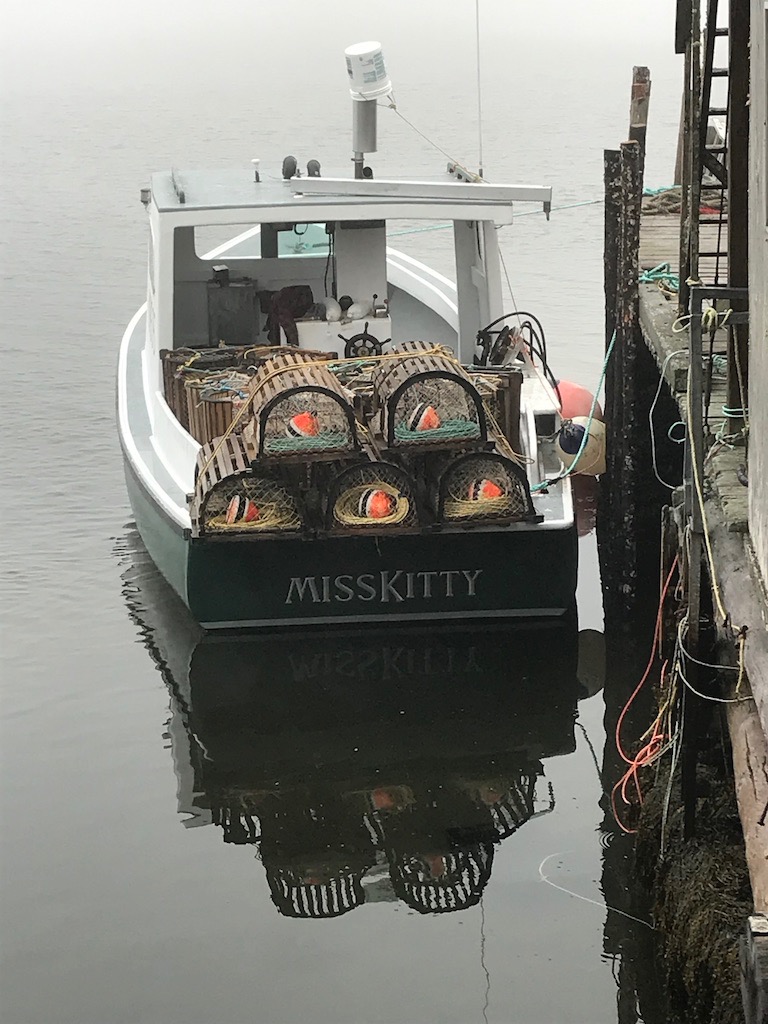 Lobsters: An Industry in Crisis

Where are we now? Lobster fishing is an industry in crisis.

I am going to start with the numbers. The numbers are the cold hard facts, and they paint a grim story.

The numbers are grim. At a single fishing day per week, the lobster crisis continues to grow. Granted, our fishery is small comparatively, but we would be further adding to a problem unless there is some resolution.

While I cannot tell you who is buying, I can say with certainty that some lobster buyers have shut it down and are refusing to buy lobster. The crisis is very real.

Processing of our seafood, not only lobster, for years has been largely done by temporary foreign workers. The border closures and other lock down measures have restricted the flow of these workers. According to a news release yesterday from Quebec, negotiations are going well for getting workers back to the lines for both agriculture and fishing. Some workers will be allowed back in. I do not know the extent of these discussions for the rest of the country. This could give us the processing power needed to deal with product coming in. In terms of lobster, it does not in any way help this “live market” crisis. Moreover, if there is not a market to sell the processed product to, then there is no need to process the seafood.

I think that most, if not all of us, are fully aware that a major potion of our seafood runs through the Boston Seafood Market. The USA is in a state of emergency and Boston and New York have shut down most of their activity. Effectively we have lost our largest seafood market. Right now halibut is not moving. Boats are told to not go fishing.

WHAT CAN YOU DO?

Protect your own assets first.

Think about the options. What will work for you but also what will work for the majority? This is an industry in crisis, and this must be an industry solution, not a ME solution. Keep in mind that the price might be $3 or less. Keep in mind that some guys bought in at $600,000 dollars in the last 2 years. The choice you make should not destroy them. Personally, I feel that I would rather NOT fish than to fish and lose money. I don’t want to be worse off at the end of a season than I was prior to the season.

Tell the ESFPA and local government representatives WHAT YOU NEED. Figure it out. The government is already extending EI and they have added a 14-week EI alternative. But let’s face the facts. 14 weeks will not bring most fishers and deck hands to their next season. We, as an industry, need EI extended to the next fishing season (halibut, herring, etc.) up to one full year, next lobster season. With proper deferrals of payments and other measures this will help us but will it be enough? Probably not. SPEAK UP. Tell the ESFPA and government officials what you need and why.

I wish I had good news for you, but this crisis is worsening every day. Fishers, processors, and buyers are all gradually coming to the same conclusion. We need an aid package. We need it now. We need a plan. Other industries are much further ahead in negotiations because they are united. We are an industry in crisis. The sooner we get on the same page the better for all of us.

We are 1 month out. Let’s figure it out.