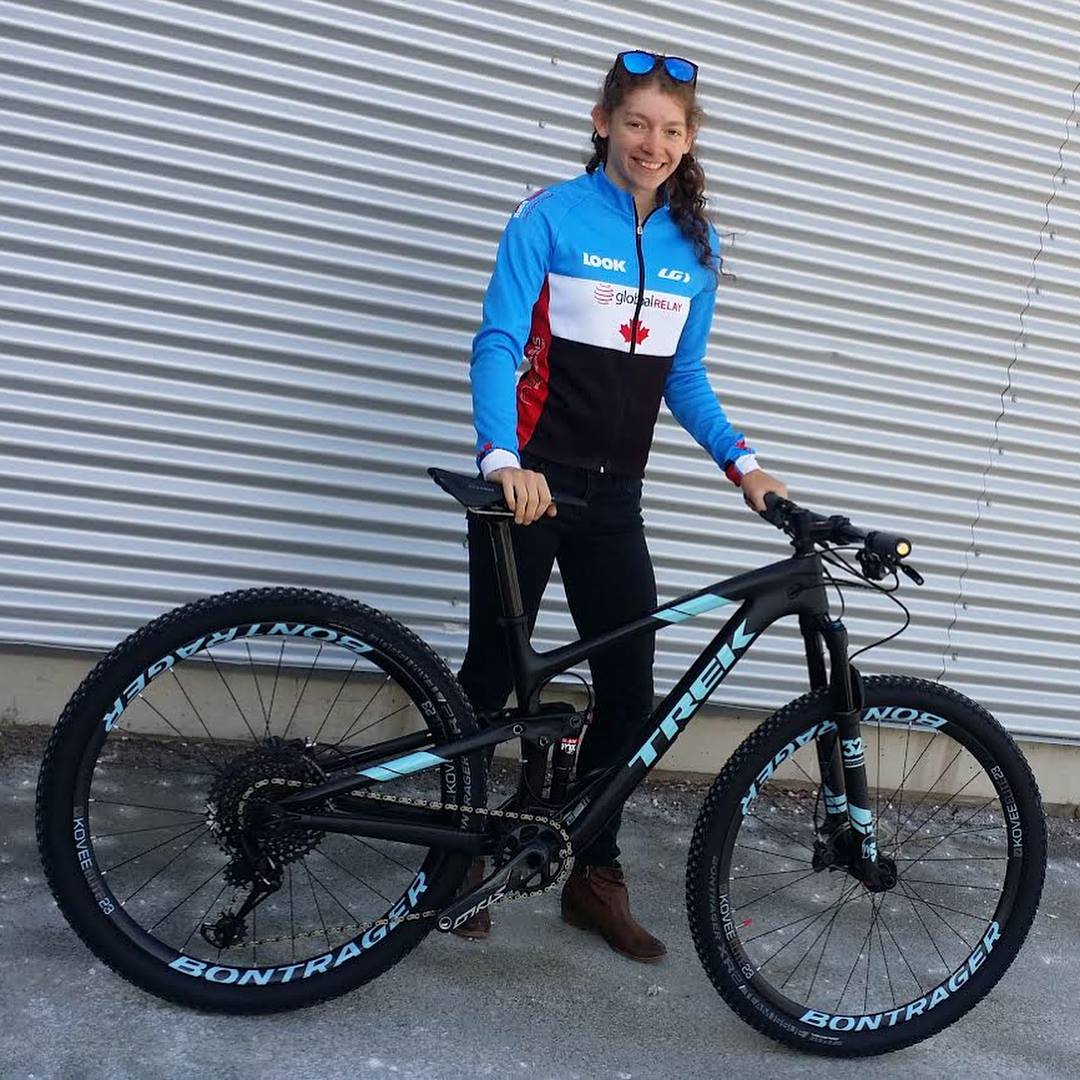 It’s easy to forgot how important equipment is for anyone wanting to compete at the highest level of mountain bike racing.

Musquodoboit Harbour’s Mackenzie Myatt strong record in 2017 has brought her significant new support from Halifax’s Cyclesmith and from Trek’s Great Athletes Ride Trek (GART) program. On March 19, 2018, Cyclesmith’s owner Andrew Feenstra presented Myatt with two new bikes and other equipment. Cyclesmith has been a long-time supporter of Myatt, who grew up and developed her skills riding short track in Halifax and in provincial races all around Nova Scotia.

In 2017, Myatt won the USA Cycling Varsity Mountain Bike Championship in the United States where she goes to university on a full athletic scholarship. She also won a silver medal at the 2017 Canadian National Championships. Myatt also competed in two Canada Games for Nova Scotia and at World Cups in Europe last year.

In 2018, Myatt is going for gold and a chance to go to the World Championships for U23 in Switzerland.

Myatt is now a participant in Cycling Canada's Mountain Bike NextGen development program for Canadian cyclists under 23. In the coming months, Myatt will train at the national cycling centre in Victoria, race in California and Colorado, and return to Europe to gain more international experience racing World Cups in Germany and the Czech Republic.  She will then race in the mountain bike nationals in Canmore, Alberta later this summer with the goal of qualifying for the World Championships in Switzerland in September.