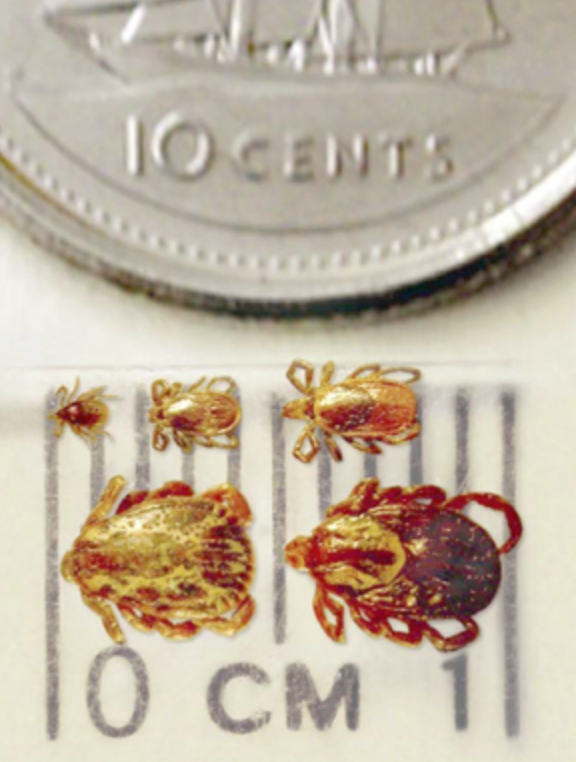 Think of one thing, good or bad, where Nova Scotia is 12.7 times the national average on a per capita basis.

If you said Lyme Disease, you’re a winner, at 34.4 cases per 100,000 population. And to make things even nastier, the percentage of blacklegged ticks infected with the deadly Borrelia burgdorferi bacterium that causes the disease, is also increasing.

Although a quick course of antibiotics will usually kill off the bacteria, there are still no simple or reliable methods for diagnosing the disease, leaving patients at the mercy of their doctors’ evaluation of the bewildering variety of symptoms which Lyme Disease sufferers present. And if a victim misses this early treatment window, even chronic courses of antibiotics may not be enough to eliminate the disease.

The first case of Lyme Disease in the province was reported in 2003, and the numbers have been going up ever since, thanks in part to birds carrying the ticks across the province. The number of reported cases jumped from 247 in 2014 to 326 in 2016.  Provincial health officials warn that Nova Scotians may encounter black-legged ticks anywhere in the province, and that HRM is one of the province’s hot spots.

In some people, the first indication of a bite is a “bulls-eye” rash, an inflamed area that looks like a crudely drawn bulls-eye target. But many people never experience this rash, and the blood tests for the disease are unreliable. In Nova Scotia, the provincial Department of Health and Wellness guidelines tell physicians to rely on a clinical diagnosis, rather than the less reliable blood tests. The standard treatment for an early diagnosis is usually a few weeks of antibiotics.

Even patients who are diagnosed quickly and treated with antibiotics can develop fatigue, pain, or joint and muscle aches that can sometimes last for months. Some doctors prescribe long-term treatment with high doses of antibiotics for people with such post-Lyme symptoms, and there is a growing movement of sufferers who swear by this approach.

But most doctors and public health officials oppose such long-term use of antibiotics. For example, in a “Statement for Managing Lyme Disease in Nova Scotia,” the Infectious Diseases Expert Group (IDEG) of the Department of Health and Wellness concludes, “Studies have demonstrated that longer-term antibiotic treatment is no more effective than the standard recommended course of treatment and may be associated with complications. Longer-term antibiotics are not recommended.”