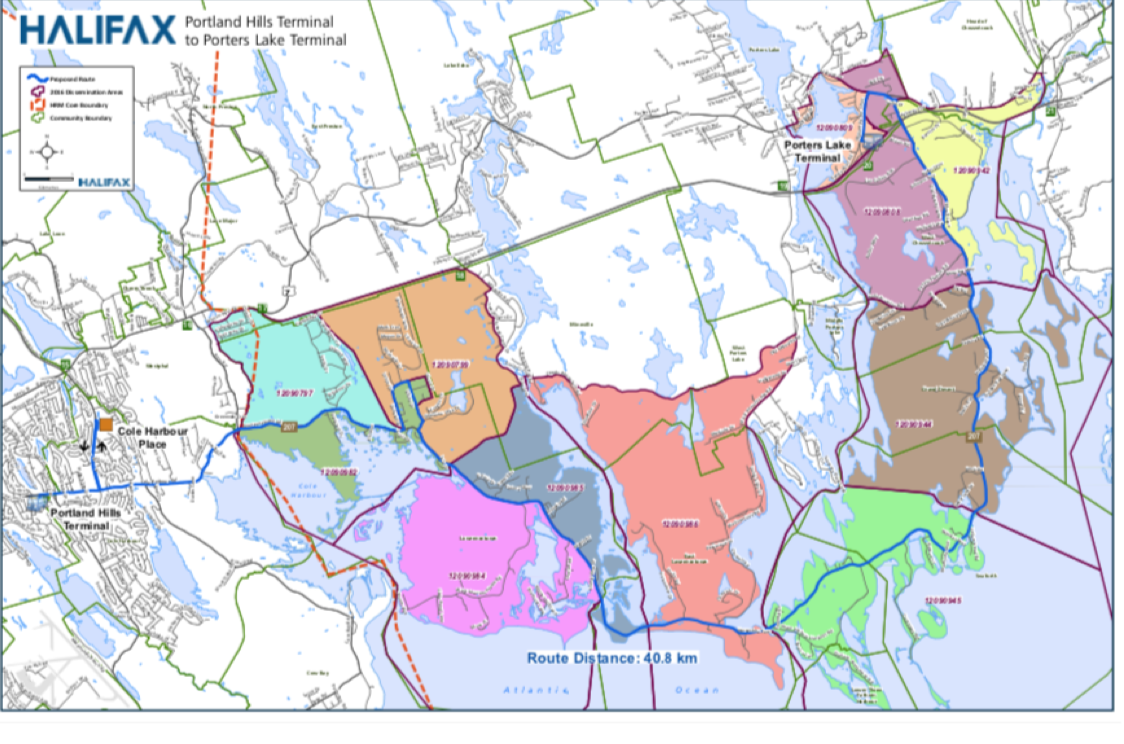 The coop-association MusGo Rider is seeking funding to establish a fixed route rural transportation route running from the MetroX bus stop in Porters Lake to the Portland Hills bus terminal with a loop to Cole Harbour place beginning on April 1, 2021. The new route would use 24-seat buses.

Right now, Halifax Transit runs the 401 bus from Seaforth north to Porters Lake and then west to the Portland Hills terminal, but is planning to eliminate the portion of the route from Seaforth up to Porters Lake. In its “Moving Forward Together” plan, Halifax Transit reported that there was very low ridership on this segment of the route: “In February 2016, this route had approximately 7 boardings per day, and operated at a cost of approximately $81.20per person.”

In 2019, MusGo Rider paid Four Points Consulting to do a feasibility study of a service running through Porters Lake, Lawrencetown, West Chezzetcook, and Seaforth to the Portland Hills terminal. Jessie Greenough, executive director of MusGo Rider, said this study showed that there would be enough traffic along a route that started in Porters Lake and ran south and then west, picking up passengers from the abandoned portion of the 401 route, and providing service to areas that have no service at all right now.

“We’re still working on the schedule,” Greenough told the Cooperator, “but right now, we’re looking at running 16 times a day, although that could still change as we get closer to operating. We’re talking with Halifax Transit about keeping the 401 route running until April 1, 2021, so they can close on a Friday and we can start up on Monday.”

MusGo recently asked HRM for $94,000 from the city’s rural transit fund to subsidize operating costs, and $180,000 to buy three new vans. In addition, Greenough said that MusGo would be asking for roughly similar amounts from the province’s Community Culture, and Heritage department. “We’re asking for three-year funding from the province,” Greenough said. “If we don’t get all the money we need, we won’t start this fixed-route project. The cost of getting it up and running for only one year would not be worth it. But if all goes well, we’re aiming to start on April 1, 2021.”