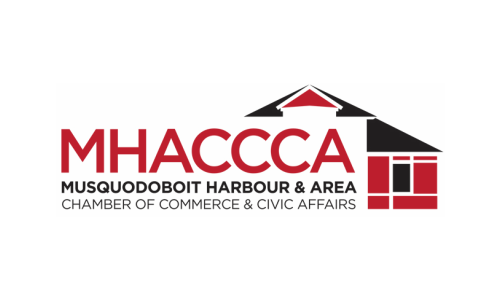 Thanks to the assistance of City Councillor David Hendsbee, the Musquodoboit Harbour & Area Chamber of Commerce & Civic Affairs is already two-thirds of the way towards meeting its $30,000 fund-raising goal to pay for a “Master Conceptual Plan” for Musquodoboit Harbour.

MHACCCA is raising the money to hire the Dartmouth firm Ekistics Planning +Design to build on the 2007 Visioning Process, and HRM’s designation of Musquodoboit Harbour as a Rural District Growth Center. On its website, Ekistics says that the firm “focuses on the fields of planning, landscape architecture, engineering, architecture, and interior design.”

According to a February MHACCA publication, Ekistics Planning +Design will help the Chamber in “drilling down in detail from the vision and policies to identify specific projects and implementation mechanisms that will guide the community and foster economic development over the next 5-10 years.”

At a Chamber meeting on March 16, co-chair Kent Smith thanked Councillor David Hendsbee for proving $10,000 from his District 2 Capital Funds. All City Councillors have discretionary access over money in what is called District Capital Funds. According to a June 19, 2007 memo to Regional Council from then CAO Dan English, the two goals of the District Capital Fund were: “To complete small-scale HRM projects not included in the annual HRM department operating and capital budget process,” and “To provide a simple and responsive method of providing modest donations and grants in support of local neighbourhood volunteer initiatives.”

In addition, on February 4, 2016, the Harbour East-Marine Drive Community Council (HEMDCC) recommended that Halifax Regional Council (HRC) approve a request from the Chamber for  $10,000 “as partial funding for completion of a Master Conceptual Plan by Ekistics Plan and Design for the Eastern Shore West Municipal Planning Area with funding to be provided from the Musquodoboit Harbour Common Area Rate, cost centre C160.” Halifax Regional Council approved this expenditure on February 23, 2016.

In its January 26, 2016 letter of request to the HEMDCC, the Chamber wrote that the Ekistics project “carries a cost of $30,920 +HST for Phase I and an additional $20,040 +HST for Phase II.” The Chamber’s letter emphasized the roots of its project in the Musquodoboit Harbour Visioning Process from 2007: “The Master Conceptual Plan, Phase I and Phase II, will be the visual and financial strategic plan that brings together over I0 years of HRM led and approved community visioning (2005-2007).”

After the announcement of these two $10,000 grants, Smith said that he had recently met with Hendsbee and Councillor Waye Mason, and that they had discussed the possibility of combining the secondary planning process with the work the Chamber wants to pay Ekistics to do. Smith said that the councillors thought the idea was valuable, and was worth exploring more deeply.