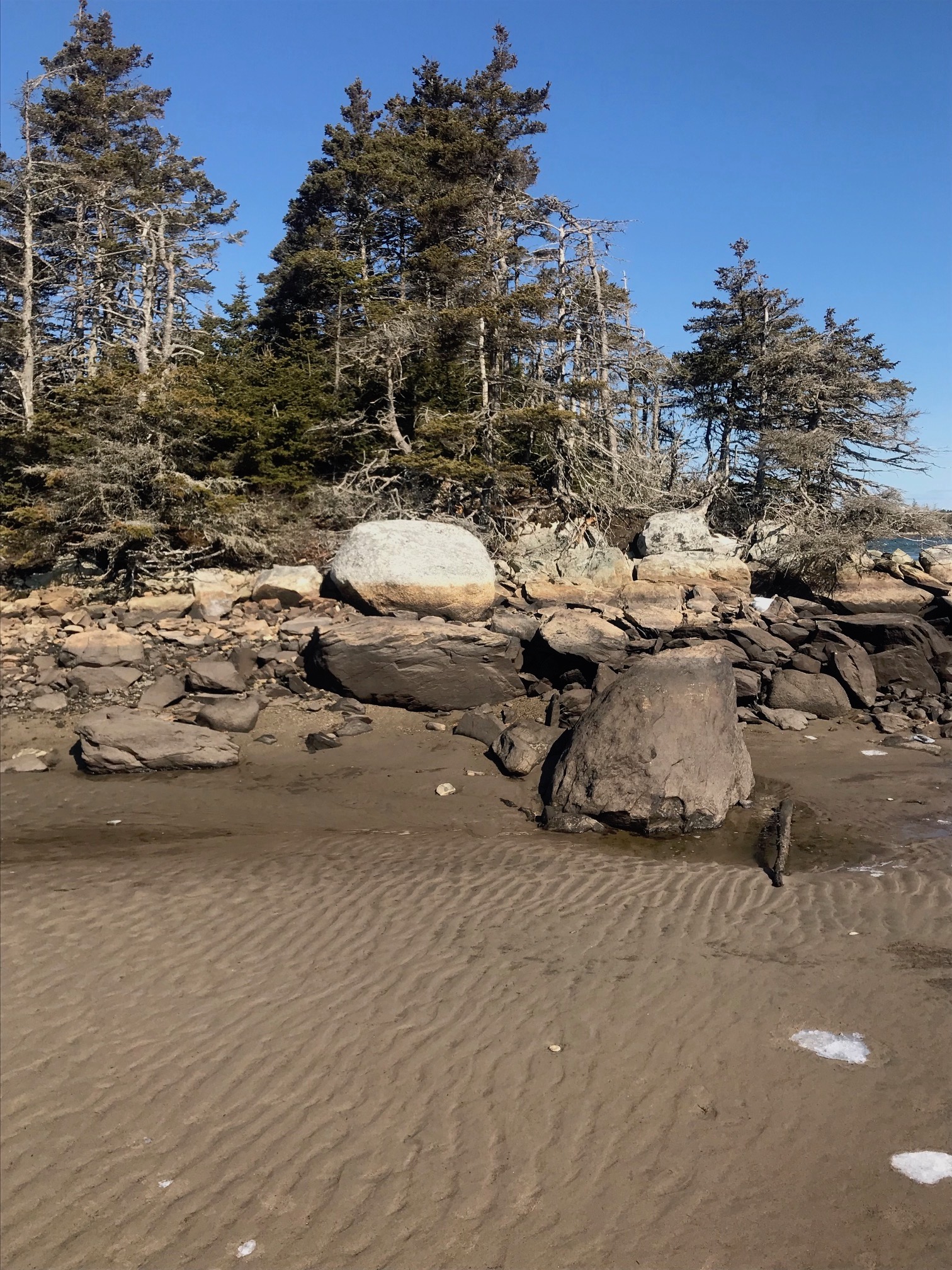 Four days after the March 20thfull moon, a combination of high waves hitting at high tide has opened a new breach in the berm in Lower East Chezzetcook, allowing the fresh water Meisner’s Lake to once again drain out into the ocean, leaving nothing but gasping fish and wide sand-and-mud flats at low tide.

Residents reported hearing a loud noise during the early hours of March 24 as the ocean finally smashed through, followed by shot-like reports as the ice covering the lake cracked as the fresh water under the ice disappeared into the ocean.

Residents expressed their dismay on the Head & East Chezzetcook Gaetz Brook/ Conrod Settlement Community Group. Marguerite Wade, one of the leaders in the fight last year to get some help from DNR to strengthen the berm, wrote :"I woke up this morning as soon as I opened my eyes I had a sick feeling in my stomach ran to the window knowing what I was going to see but wishing it wasn't so.The Lake looks like Mars .The hole in the berm is full of ice but the lake is drained to mud and cliffs."

There were several breaches in the berm in 2018, but natural forces healed each one, restoring the fresh water lake. Alarmed residents tried repeatedly to get the Department of Natural Resources to step in and reinforce the diminished berm.

But at a July 7, 2018 meeting called by MLA Kevin Murphy to talk face-to-face with Margaret Miller, the Minister of the Department of Natural Resources, Miller told residents that DNR was not interested in taking any action. (See “Homeowners Upset with DNR Buck-Passing on Meisner’s Lake, ESCooperator, July 2018).

The dark area on the rocks shows where the lake level stood before the breach emptied the lake.