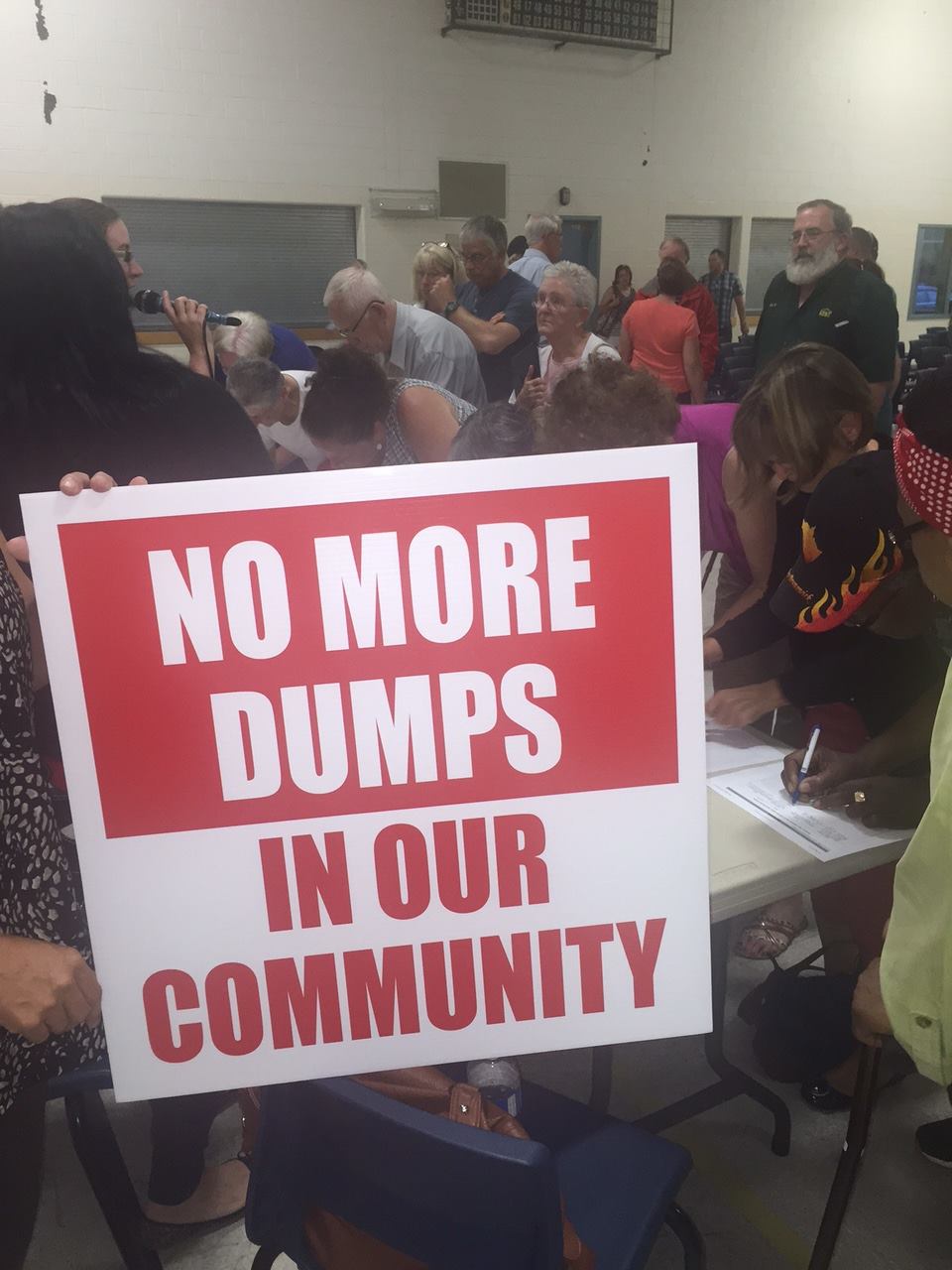 In a bitter defeat for the HRM Planning Department and thousands of local residents, the Nova Scotia Utility and Review Board (NSURB) issued two decisions on March 23 upholding two appeals by Lawrence Bellefontaine’s Kiann Management dealing with the handling of construction & demolition debris (C&D) on a 38-acre piece of land (PID 40740276) on Highway 7 in Porters Lake close to the Lake Echo border.

Local residents, organized as the Concerned Residents of Porters Lake, Lake Echo, Preston and Mineville Areas, waged an epic, five-year, grassroots effort to block both proposals. Residents turned out in large numbers for public meetings over the years. At the open houses that HRM ran to discuss the proposal, 99% of the almost 300 people who attended these sessions opposed the rezoning. On April 1, 2019, they filed a petition with 3,500 signatures opposing the rezoning with Municipal Clerk. They repeatedly lobbied members of HRM Council and the Legislature, and testified at the NSURB’s public hearings.

Deb Day, one of the primary organizers of Concerned Residents, provided the Cooperator with the following statement about the organization’s disappointment in the ruling, and its plans for the future:

"The whole Coalition is terribly disappointed, as are the residents in all four communities. We have dedicated a considerable amount of time to this effort for almost five years now. It is difficult to accept that the decision is out of our hands. While we can encourage others in HRM to support an appeal, it is with the understanding that even if one is filed, it does not mean the higher legal body would accept it.

So what do we do next? I know that is a question that many are asking. The first piece of advice I would offer is for people to have their water tested to create a baseline for future monitoring, especially those who are closest to the site. A full metal test would be best and we will find out what the recommendation is for how often to test and what we can do with that information from a monitoring perspective.

Once the facility is up and running, the communities are going to need to understand what sections of the Municipal Act and any applicable by-laws apply to this business, so that when violations occur, they know when to submit complaints.

Is this ideal? No, but this is now the direction we are going to have to take if that facility is operational. The Coalition will be there to help through the coming months as we work through next steps whatever that looks like. It is a sad day for us all."

Bellefontaine first asked HRM to rezone this property in March 2015 to allow him to build a C&D processing facility. Local residents quickly organized Concerned Residents of Porters Lake, Lake Echo, Preston and Mineville Areas. Bellefontaine put the rezoning application on hold during 2017 and 2018. And when Bellefontaine brought the application back in 2019, the Harbour East-Marine Drive Community Council rejected it on April 4, 2019, based on the negative recommendation from HRM staff.

Bellefontaine appealed both decisions to the powerful Nova Scotia Utility and Review Board, which conducted the rezoning appeal on December16 and 17, and the used materials store appeal on January 6, 2020.

The NSURB rejected all of the arguments that HRM put forward at these two appeals. In the case of the used building material retail outlet, the NSURB ruled,

“After reviewing the evidence, the Board is persuaded that the Appellant has met the burden of proof on the balance of probabilities. The Board finds that the Development Officer’s decision to refuse Kiann’s application for a development permit for a used building material retail outlet at its property does not comply with the LUB [Land Use Bylaw]. Therefore, the appeal is allowed, and the development permit is to be issued.”

In the case of the rezoning for a C&D processing facility, the NSURB found that the decision by the Community Council “to refuse to amend the LUB to allow re-zoning of Kiann’s property from Rural Enterprise (RE) to CD-2 to allow a C&D materials processing facility does not reasonably carry out the intent of the MPS [Municipal Planning Strategy]. Therefore, the appeal is allowed.”

HRM is the only entity with the right to appeal this decision. There has been no word yet on whether HRM will proceed with an appeal.