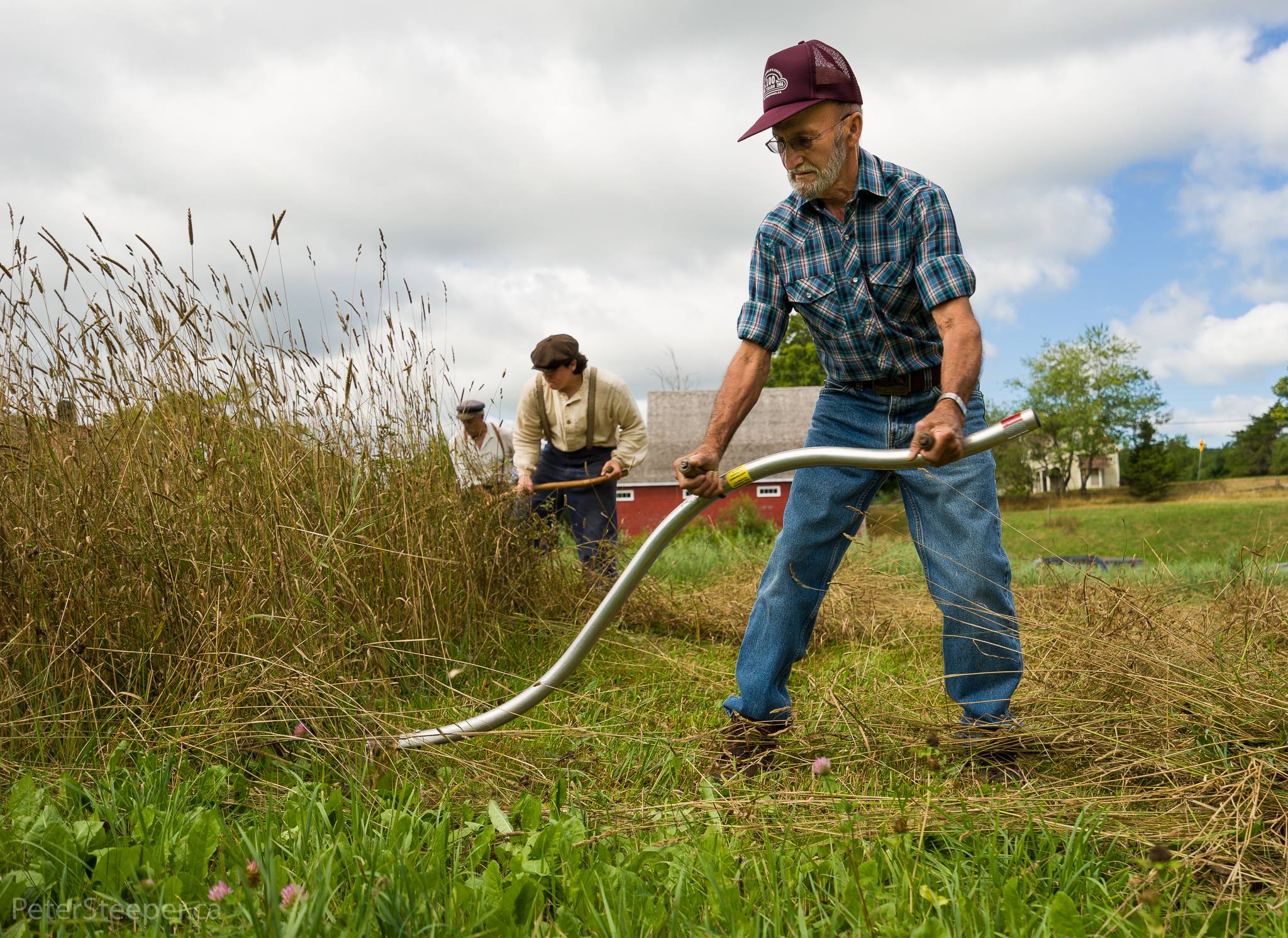 To friends and family; where to begin ...Well, by now most of you have heard about Oliver's passing and are coming to grips with your own grief in the loss of one of the finest gentlemen ever.

Born in 1940, when asked, Oliver was fond of saying he was born on 'the twelfth day of the twelfth month, 1940.' He passed away March 4, 2019 around 1:55 p.m., in Dartmouth General Hospital while being treated for severe lung ailments that ended with his death. During his stay in hospital, overwhelming concern was expressed from a multitude of people - family and friends - all wanting to know how he was doing. Please know that all of your messages got through to him, except for the last few days when he was too ill to comprehend.

For a quiet, little man, Oliver Murphy had a big influence on a great many people, and communities. He comes from a large family and he had hundreds of friends and acquaintances. From the first time that you met him, he made your feel that you were a big part of his life.

Despite all those many people the thing that he enjoyed the most was working on his own. He was a self-directed man, who operated his own business for decades, working all along the Eastern Shore. His main occupation was excavation, of which he was most famous for his gravedigging. He dug his first grave at age 14, and over a period of 53 years he estimated that he buried about 3,000 people. He dug graves all the way from Dartmouth to Tangier.

Oliver was a quiet man with a unique point of view and opinions, never willing to pass judgement on the actions of others. He considered himself as an observer and allowed people to be themselves.

To summarize the life of such a man is no small task. In the days following his death, it became apparent just how significant his life had been to other people. To start off, it can be said that the biggest thing for him was to keep on working. He always enjoyed working outside. A recurring theme of his life was that he never cared for the city; the country was the place for him.

His own curiosity and inventiveness led him to engage in an ever-increasing myriad of activities and interests. And he always enjoyed whatever he was doing. Besides his main occupation of gravedigging, he worked at many other jobs including: heavy equipment operator, barber, farming, Department of Highways, making hay, plowing snow, towing, digging wells and installing septic fields, working in the woods, janitor, dynamite (there is a great story in a recent issue of Rural Delivery about Oliver playing with dynamite as a child).

In later years, he found time to enjoy hobbies including: wine making, handmowing competitions, mushroom growing, amateur demonstrator, blacksmithing, knitting men's socks for charity (he will be wearing one of his favourite pairs on the day of his burial), reading the obituaries and the Family Circus cartoon in the daily newspaper, eating bread and molasses, sleeping on rainy days, and listening to his favourite tune, The Tennessee Waltz.

Oliver was a very strong man. He was fond of telling the story from his younger years when he spent all day making hay, and it was nothing to start digging a grave after supper and by 10 o'clock have it all done. His strength lasted him his whole life, right up until these last few months when he suffered with lung ailments which eventually took his life.

So, where to end ...When Oliver got married at the age of 59, it stood to reason that he should have a huge wedding with the whole neighbourhood invited. Being a modest man he stated that if that happened, he wouldn't be there. As a result, there were only eleven people at his wedding and one of those people was himself.

His funeral, on the other hand, may prove to include many more than eleven people. Today the world is a different place for the loss of such a kind, gentle man. And so we will all say goodbye Oliver. We loved you well. May you rest in peace and we thank God that you suffered little.

Survived by wife of 19 years, Heather; sisters, Albertine and her husband Denis Myatt, Sister Bernadette, Irene, Beatrice, and Jean; brother, Edward; brother-in-law, Darrell Stevens and his wife Ann; sisters-in-law, Beverly Stevens, Yvonne Murphy; stepchildren, Charlene, Allan, and Peter Philpitt; step granddaughter, Sophianne Croteau; closest cousin, Louis and his family; nieces and nephews, along with their spouses and their children. Predeceased by his parents, Stephen and Alexandrine (Myette); brothers, Noel and Stephen (his twin); brothers-in-law, Marius Soucy, Ivan DeSutter, Jack Bardsley; mother-in-law, Hazel Stevens. Funeral Service arrangements under the care of Rowlings Funeral Home, Musquodoboit Harbour. Visitation will be held today, Thursday March 7th from 7-9 p.m and Friday, March 8 from 2-4 and 7-9 p.m. Funeral mass will be held Saturday, March 9th, at 11:30 a.m. in St. Philip Neri Catholic Church, Musquodoboit Harbour, Father Gregory Agyeman officiating. Reception to follow in the church hall. Burial will take place in Lake Charlotte Union Church Cemetery, Clam Bay Road. The reason Oliver chose this graveyard was because it is one of the best graveyards to dig in, not many rocks, lots of sand, with good drainage, and not much water.