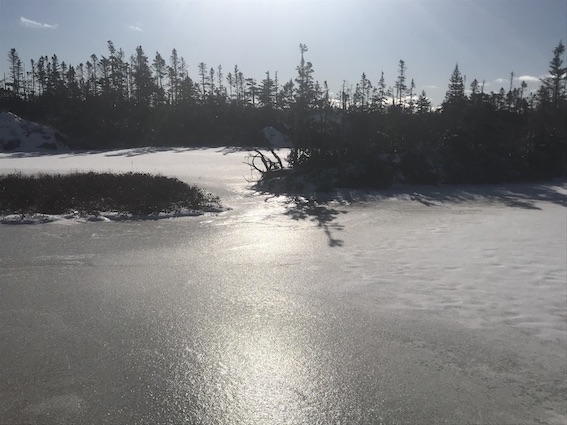 Press Release Announcing the Filing of a Lawsuit to Stop the Sale of Owls Head Provincial Park. Includes profiles of participants and links of resource sources.

Opponents of the provincial government’s decision to sell Owls Head Provincial Park to a wealthy American investor to build 3 golf courses was launched a lawsuit at the end of January in the Supreme Court of Nova Scotia in an effort to stop the sale. The applicants are the Eastern Shore Forest Watch Association (ESFWA) and Robert Bancroft.

“Owls Head is another example of the government’s callous disregard for species of conservation concern, and public consultation,” said applicant Bob Bancroft, president of Nature Nova Scotia and a forest biologist with the Department of Natural Resources for 18 years. “As I stated in my affidavit to the court, I believe that Owls Head contains a globally rare coastal habitat ecosystem that is home to several species of conservation concern.”

The applicants’ lawyer, Jamie Simpson, said that the first step in this legal action is to ask the court to waive the requirement that anyone challenging a provincial decision must object within 6 months of the decision. A hearing on this motion is scheduled for March 24, 2020.

“The public could not possibility object to this decision within six months of March 13, 2019, because the government made it in secret,” Simpson said.

Jamie recently represented several clients in a suit challenging the province's failures to fulfill legal obligations to species at risk under the province's Endangered Species Act.

Jamie is the author of several books on forests, and is the proud recipient of the Elizabeth May Award for Environmental Service and the Environmental Law Award from Dalhousie University.

Simpson is the attorney for a lawsuit against the Department of Lands and Forests alleging failures in the department’s enforcement of the Endangered Species Act. Bob Bancroft is one of the applicants in this lawsuit.

Bob Bancroft currently serves as president of Nature Nova Scotia. He worked as a regional biologist for what is now called the NS Department of Natural Resources for 15 years before becoming an extension biologist. As a regional biologist he headed a variety of research projects into forestry/wildlife, bald eagles, ospreys, and piping plover and published in a number of scientific journals. He also did private consulting and contract work with Jacques Whitford in Labrador.

Bob worked with the Inland Fisheries Division of the NS Department of Fisheries and Aquaculture for eight years before taking early retirement to begin his own consulting business. As part of that, he worked for 10 years with the Confederacy of Mainland Mi'kmaq, a tribal council, helping with wildlife and forestry issues on First Nations lands around the province. He writes wildlife/forest management plans for private landowners and has participated in coordinating field assessments as well as writing part of an environmental assessment for the Glen DHU wind project (ShearWind).

He has won more than two dozen awards recognizing his work as a conservationist, while authoring more than 3 dozen scientific papers. He has held numerous positions with nonprofits, including board member and scientific advisor to Nova Scotia Nature Trust, Chair of the Colin Stewart Forest Forum, director of the Canadian Wildlife Federation, President of the Canadian Association of Smallmouth Anglers, and National Director of the Canadian Institute of Forestry. He has appeared frequently on radio and television.

Bancroft is one of several applicants in a lawsuit filed earlier this year against the Department of Lands and Forests alleging failures in the department’s enforcement of the Endangered Species Act. Jamie Simpson is the lawyer for the applicants.

The ESWFA was founded in 1998. Its members have participated in every public consultation around natural resources and parks and protected areas in Nova Scotia since then. The organization played a major role in the 10-year struggle to create the 16,000 hectare Ship Harbour Long Lake Wilderness Area, and has been deeply involved for the last 12 years in efforts to stop gold mining on the shore.

Parks and Protected Lands: A Plan for Nova Scotia