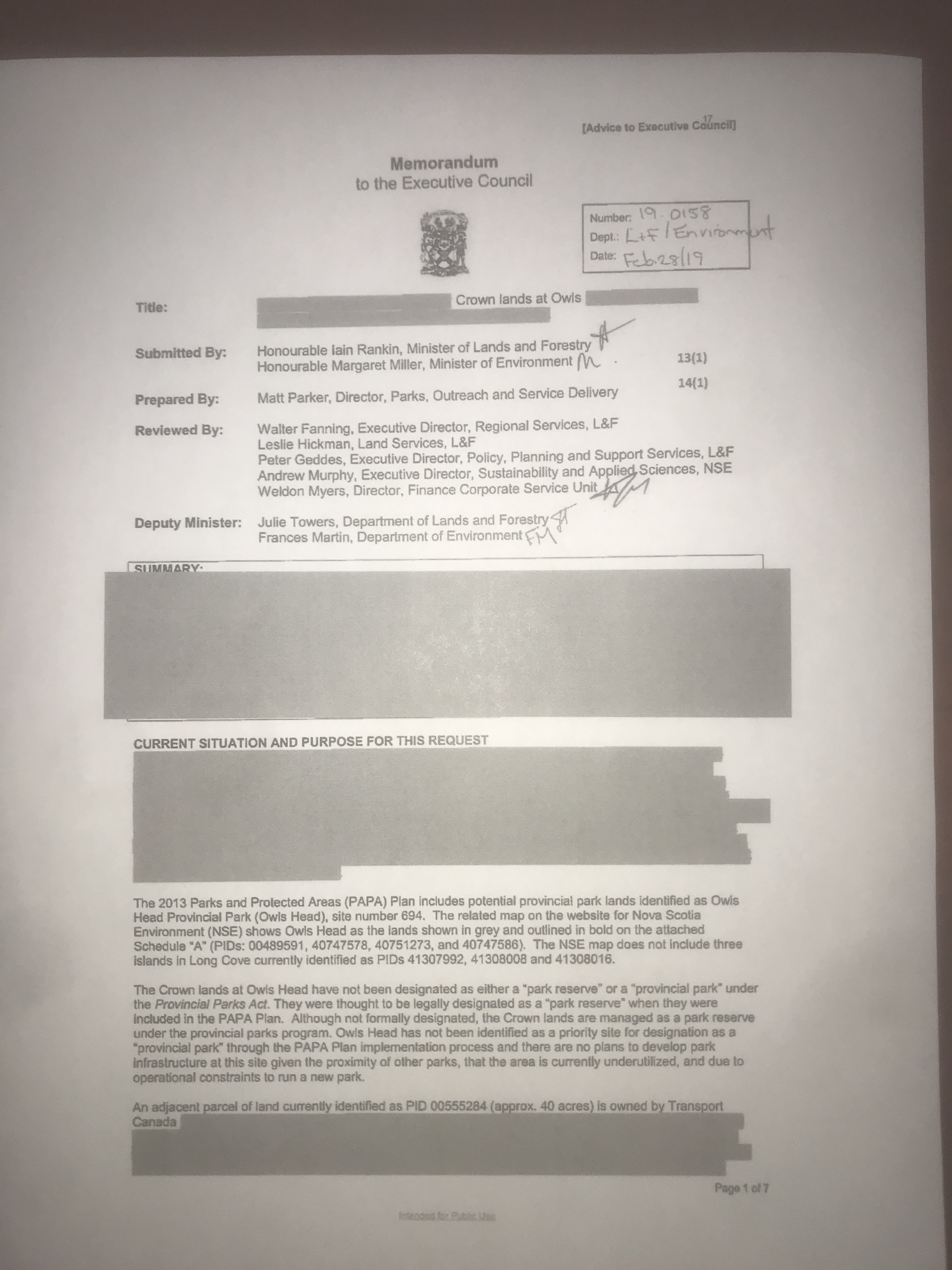 The provincial office of Information Access and Privacy Services (IAS) has posted the results of three FOIPOP requests concerning Owls Head. After IAS has responded to a FOIPOP request, IAS then posts a copy of the response on a public website that anyone can download. All responses since April 1, 2018 are online.

There were two requests for information about Owls Head on October 9, 2019, both of which were closed on December 9, 2019. We know that these requests came from CBC reporter Michael Gorman, whose story on December 18, 2019 broke open the province’s secret plans to sell Owls Head Provincial Park to a wealthy American to build three golf courses.

The other October 9, 2019 request (2019-00947-EXE) asked the decision maker Lands and Forestry for “All records, including emails, briefing notes and presentations since Jan 1/18 related to Owls Head, Lighthouse Links, and PID 00555284.” The response was a 405 document with a great deal of information blanked out. This is the piece of federal land that the province had been negotiating to buy for $167,000. Michael Gorman reported on January 25, 2020 that the federal government had withdrawn from these negotiations because another federal department had expressed interest in the land.

A third request (2020-00068-PRE) from a “political party,” filed on January 19, 2020 and completed on February 19, 2020 asked the Office of the Premier for “Correspondence between the Premier's Office and Michel Samson between January 2017 and January 2020 on the subject of Owls Head land.” There were “no records responsive to your application.”