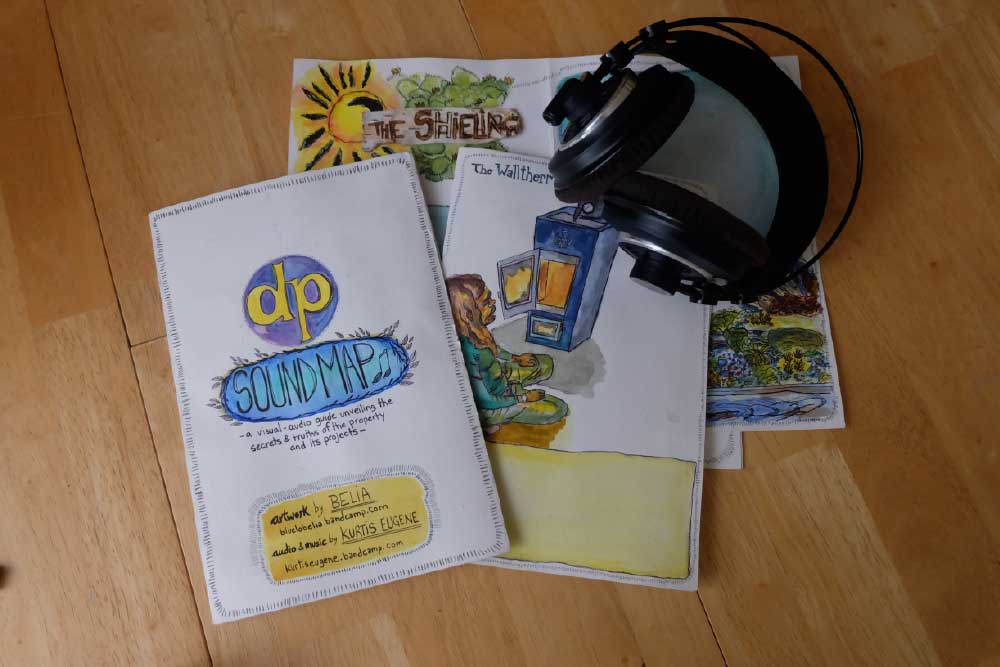 Rachel Bruch and Kurtis Eugene: Sounding Out the Deanery

How much sound do we take for granted and do not really hear?

Two young musicians and artists, Rachel Bruch and Kurtis Eugene, have asked themselves this kind of question. In January 2018, they finished a two-month residency at The Deanery Project in Lower Ship Harbour, producing an audio self-guided tour of the Deanery’s buildings and some of its 25 acres. Rachel and Kurtis’s rich collaboration is a nuanced pairing of the visual with collected sounds and composed pieces of music.

In early January Rachel and Kurtis took visitors on a Sound Walk at the Deanery. Using what they call “intentional listening,” visitors became participants in sound experiences that introduce us, Rachel writes -- in the January/ February issue of the Eastern Shore Cooperator-- “to explore new access points of creative potential.”

Rachel Bruch, also known as Blue Lobelia or Belia, is originally from Ontario. Her mother played piano and the church organ. Rachel plays the violin and guitar, and sings what she calls “atmospheric folk.” She studied music therapy at Wilfred Laurier University, graduating in 2016, and did a six-month internship at the QEII Veterans’ Hospital in Halifax.

“With my passion for permaculture and sustainability, I was drawn to the Deanery,” says Rachel, who came out to the Eastern Shore for the Sealight/ Skylight Festival in August, an annual celebration of phosphorescence and meteors.

Kurtis Eugene grew up in Fredericton, New Brunswick, and also comes from a musical family. He describes his style as “indie-folk.” A self-taught musician, he sings, plays the guitar, piano and drums, trumpet, saxophone, and the harmonium. He has played music for fifteen years, and has recorded a CD Old Rooms, New Light, and another CD is planned.

But Kurtis only met Rachel a year ago when she was performing at the Timber Lounge in Halifax. After her gig, he asked if she wanted to play together and before long they were touring Ontario with the band Transfiguration Day. Rachel says that “life has been abundant in the past year.”

Both artists comment on working together on their music and on their Deanery project. “Improvising with music helps. You listen and it takes trust. The deepest parts of yourself are vulnerable,” says Kurtis. Rachel adds that “you stumble as in life, but when you are committed and learning, those things deepen the art. Interpersonal relationships feed the music. Rhythm is our inherent skill. Music is like a conversation. It is a living relationship.”

Rachel closes our interview by showing me the handcrafted booklet she has made: from watercolour, ink, pressed flowers and leaves, she has drawn exquisite diagrams and maps of the Deanery. Note: You can listen Kurtis’ music at Kurtis Eugene bandcamp music.