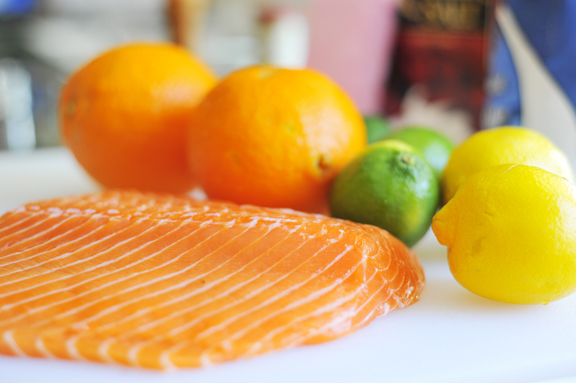 Years ago the BBC did a series of historical documentaries (Victorian Farm, Edwardian Farm, and Wartime Farm) which recreated everyday life on an English farm. I was totally captivated by the daily routines of those bygone eras. The animal husbandry and farming, building materials and techniques, clothing, equipment, and, especially, the food were all wonderfully fascinating.

The food availability, preservation methods, cookery devices (or lack of), and, of course, the recipes of those long gone days instill in me both a fascination (for what life was like then) as well as a deep sense of gratitude for how comparatively easy our lives our now.

For now, that portal has eluded me, and I am firmly ensconced in 2018 (with my conveniently modern kitchen). As such, I have the luxury of time saving devices at my fingertips, and only spend a fraction of the time preparing food as compared to cooks throughout history.

Many traditional methods of food prep were dictated by both the season and the availability of food. People ate what was in season and what was grown nearby – to our ancestors the current trend of “farm to table” was not simply in vogue, it was merely a practical way of life. You ate what you had, and if you had more than you needed, you preserved as much as possible for the coming days. Before the age of electricity and refrigeration, various methods of food preservation were used.

One of the oldest methods of food preservation is curing: the drying of food by salt and/or sugar, which draws moisture out of the food via osmosis. The ancient Persians, Greeks, and Romans all used salt to preserve meats and fish. In the first century BC, the Acridophages (literally, the locust-eaters) of Ethiopia and Libya used to cure and smoke crickets (their main food source) that showed up in vast swarms in springtime. (Aren’t you glad you’re not them!)

Curing works by drawing moisture out of the food – more specifically, the salt draws water out of microbial cells through osmosis. This decreased moisture level in the food makes it less hospitable to microbial life. The salt, meanwhile, also helps ward off bacteria and extends the food’s shelf life.

While sugar is often also used in the curing method, salt is more effective as a preservative. In modern curing recipes, salt does the heavy lifting while sugar decreases the harsh flavour of salt and contributes to the growth of beneficial bacteria.

One of my favourite cured foods is gravlax, the Scandinavian delicacy of cured salmon. Traditionally, the Scandinavian fishermen cured (and fermented) their salmon by salting it, wrapping it in birch bark or pine needles and then burying it in the sand just above the high tide line. (Gravlax literally means, “to dig salmon”.)

Newer curing methods do away with the fermentation, and take a fraction of the time. Fortunately, we are now blessed with fridges and the process is fantastically simple. Good quality salmon, salt, sugar, seasonings, and the barest of kitchen skills and you have a gourmet delicacy to impress your guests.