Rex Tasker: The Mirror and the Sea 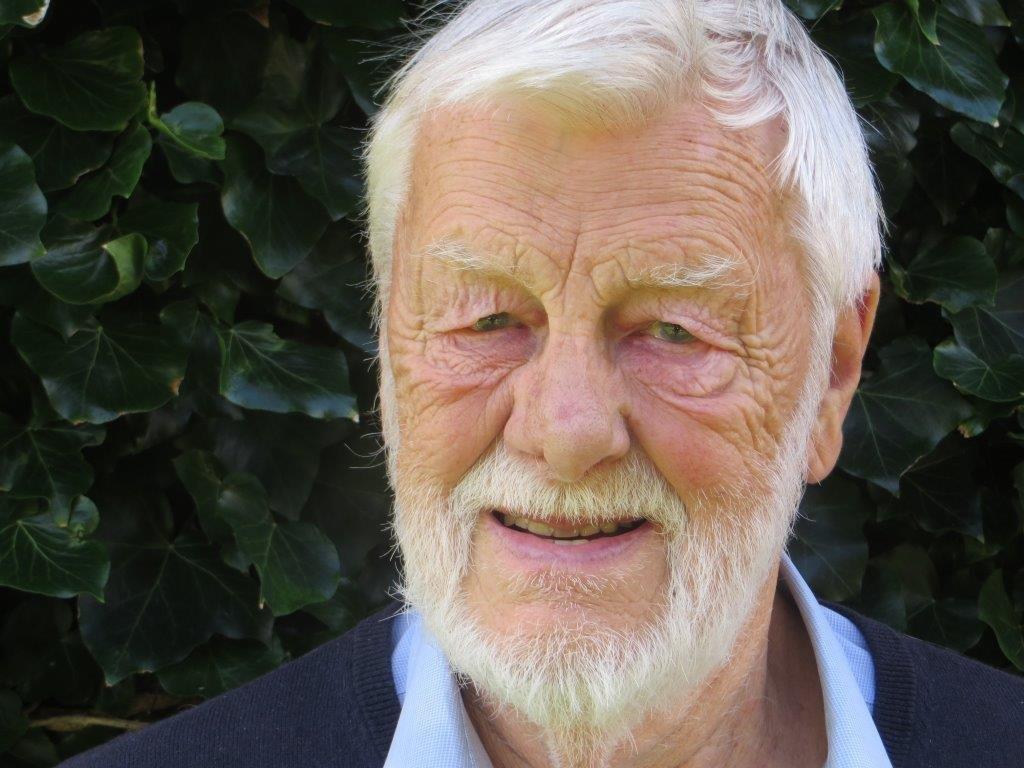 What do Caribbean fishermen, Icelandic settlers, and a pioneer forester have in common? They are all subjects of films made by Rex Tasker, a documentary filmmaker, editor, writer, producer, and director who worked for the National Film Board of Canada for thirty-two years. Over the course of his career, he was involved in over 200 films, and received a number of awards, including a Genie, and a nomination for an Academy Award!

Rex is most pleased with the Grierson Award from the Academy of Canadian Cinema, as it was for an outstanding contribution to Canadian film in the spirit and tradition of John Grierson. Rex says that he holds to Grierson’s belief that documentary film “has two main functions: one was to be used as a hammer, to help bring about social change; and the other was to provide a mirror, in which people --and entire communities- could see themselves as others saw them.”

Raised in Devonshire, England, Rex studied film at the Heatherley School of Art, now the London Film School, in London, England after attending a film festival where he saw some National Film Board documentaries. “I mentally said wow,” says Rex. And in 1958 he came to Canada, he says, “with a strong desire to work at the institution [the NFB] which Grierson had helped found.”

Making films in Toronto and Montreal, Rex promoted the idea of decentralization in the early 1970’s and the Trudeau government of that time supported it. When the NFB commissioner Sydney Newman asked Rex where he wanted to go, Rex said Halifax. “The work I’d been doing in film had mainly been on the Atlantic coast,” Trasker said. “I’m from the sea and I wanted to go back to the sea.”

So Rex established the NFB’s Atlantic Studio in Halifax in 1973. He helped set up independent film co-operatives. “We helped lot of filmmakers develop their skills and a lot of films got distribution, he said.

It was also around this time, on a drive out to the Eastern Shore, that Rex discovered an old clam factory, which he renovated into a comfortable home. For our interview, Rex and I sit in the dining room looking out at the water and islands. The clam factory operated from 1943 to 1952. Later I would watch his film “Mill Cove” which Rex made in 1998 about the clam factory, and the nearby brook where Rex set traps for eels, which he would later smoke.

After his retirement from the NFB in 1992, Rex continued to make films. Travelling to Belize, Rex made, among others, a film about a fishing co-operative there. Back in Canada a few years later, Rex partnered with my father, David Dwyer, to make films focusing on local history. One is about the Icelandic immigrants who came to Nova Scotia in the 1880s. Another is about Dr. Wilfrid Creighton, who at the age of 100 was tromping through his woodlot --and discussing his blueberry and maple syrup productions. Rex and my father also documented the Kents of Kent Island, at Pleasant Point. A Kent ancestor had been navigator to Lord Nelson at Trafalgar, and legend has it that his ghost haunts the Kent family home.

Rex’s local films can be found at the Musquodoboit Harbour library. When he finished each of these films, there were screenings at the library with discussion following. Those screenings remind Rex of the early NFB days, when film was “a catalyst for social discussion, and ideally, for action and change.”
--Dee Dwyer