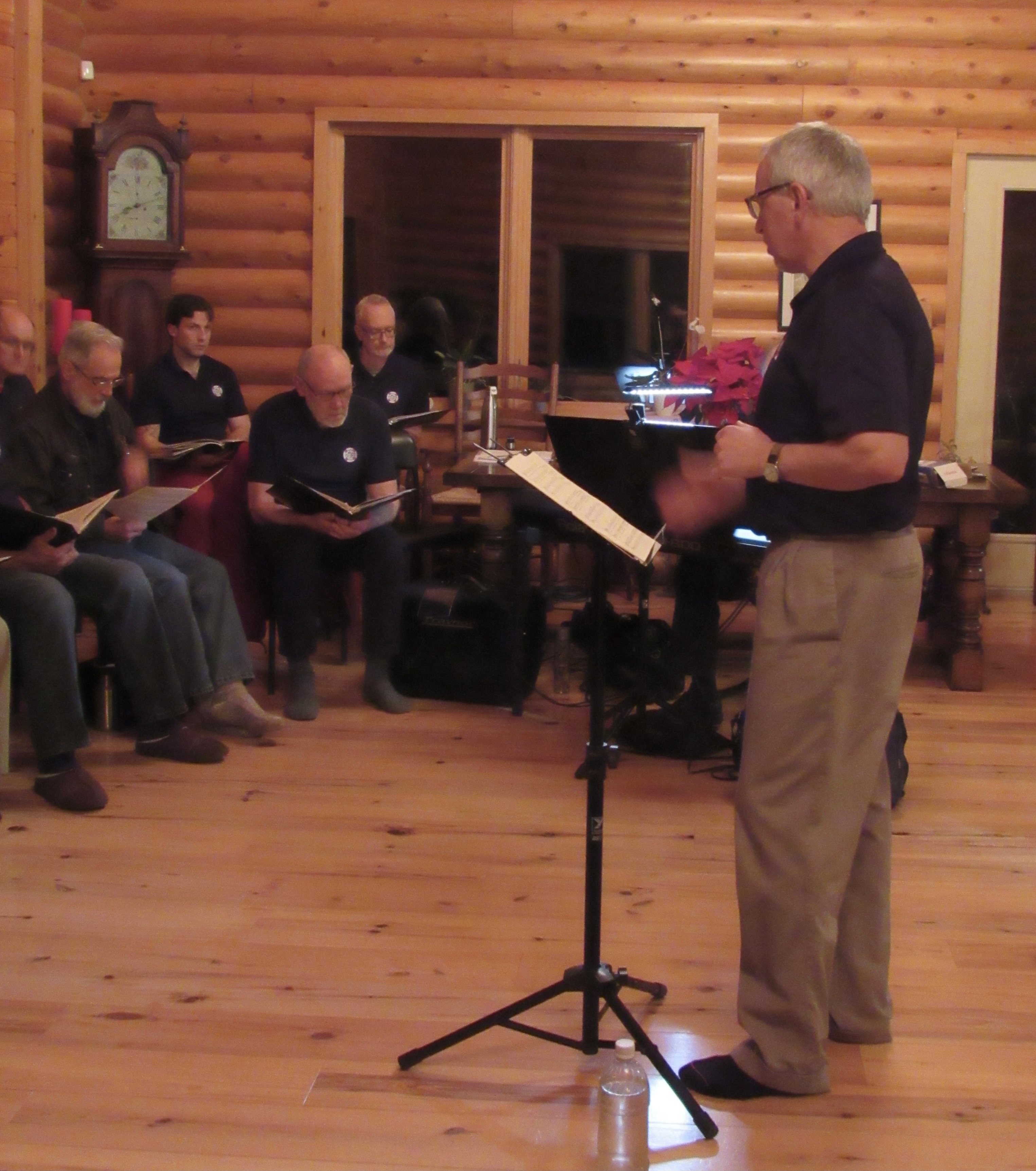 Many folks along the Eastern Shore have been dazzled by Allan Banks’ beautiful hillside garden just past the Salmon River Bridge, Harbour Breezes Daylilies. But in addition to his ever-expanding garden, Allan has carved out an equally rich career in vocal music, most recently as a founder of the Coastal Voices Men’s Choir.

In an interview with the Cooperator, Allan traced his interest in music back to the farm where he grew up in Welton’s Corner in the Annapolis Valley. His parents were not musical, but his grandmother sang, read music, and played the church organ.

Allan thought he couldn’t sing. “An elementary schoolteacher lined us up and said, ‘sing this’ and we did, and she then sorted us,” he said. He didn’t make that choir, but sang at church. In junior high he played the trumpet in the school band.

In grade seven, another teacher asked him to try out for a musical. “I was rescued,” Allan said. In grade nine, he joined the mixed choir. “We had a great teacher who attracted many kids to choir. And in grade ten, I sold a horse to buy a piano.”

He studied Music Education at Bob Jones University in South Carolina, and later did a Masters in Curriculum and Language Learning at McGill. He taught for ten years in Schefferville in northern Quebec. In 1995 he won The Reader’s Digest Excellence in Educational Leadership Award.

Shortly after he came back to Nova Scotia in 1997, he began working at the Dartmouth Work Activity Society and joined the Dartmouth Choral Society. “I attended an Adult Choir Camp in Berwick, and joined the board of the Nova Scotia Choral Federation. I was president for two years. I was teaching and singing, and we did surveys to look at school and church choirs.”

He bought a house in Salmon River Bridge in 2003 where what started as an earlier interest in daylilies has now expanded into a successful business and a beautiful garden.

In 2003 he also helped found the provincial men’s choir, Nova Voce, and joined the choir Musical Friends. When some of the male singers wanted to meet more often, Allan put out a call to form a men’s choir. They found an Artistic Director in the talented Janet Gaskin and started in 2011 with 5 or 6 choir members meeting to sing. In 2013 they formed Coastal Voices Men’s Choir as a non-profit with a board of directors, with Allan as chair. “We had hiccups, but we grew, and there was more interest each year,” Allan said.

Around this time, Allan also offered vocal coaching in his shop at Harbour Breezes and offered a five-week course at the Old School. He held Musical Literacy classes to help folks learn what he calls the “road signs for music.”

Coastal Voices held its rehearsals in people’s homes, so folks could learn the behind-the-scenes workings of the men’s choir. A few years ago I attended a rehearsal, and was fascinated by the choir practicing difficult phrases. Their dedication to music is impressive, and their present Artistic Director, Ross Thompson, is theatrical, humorous, and knowledgeable.

Coastal Voices has performed from Sheet Harbour to Lawrencetown in different venues along the Eastern Shore. “I made a point of us performing in different communities each year,” Allan said.

After a break because of COVID restrictions, Coastal Voices Men’s Choir is meeting again on Thursday evenings, with members wearing special masks, are planning two concerts this year, regulations permitting.  If you are interested in joining, contact [email protected].