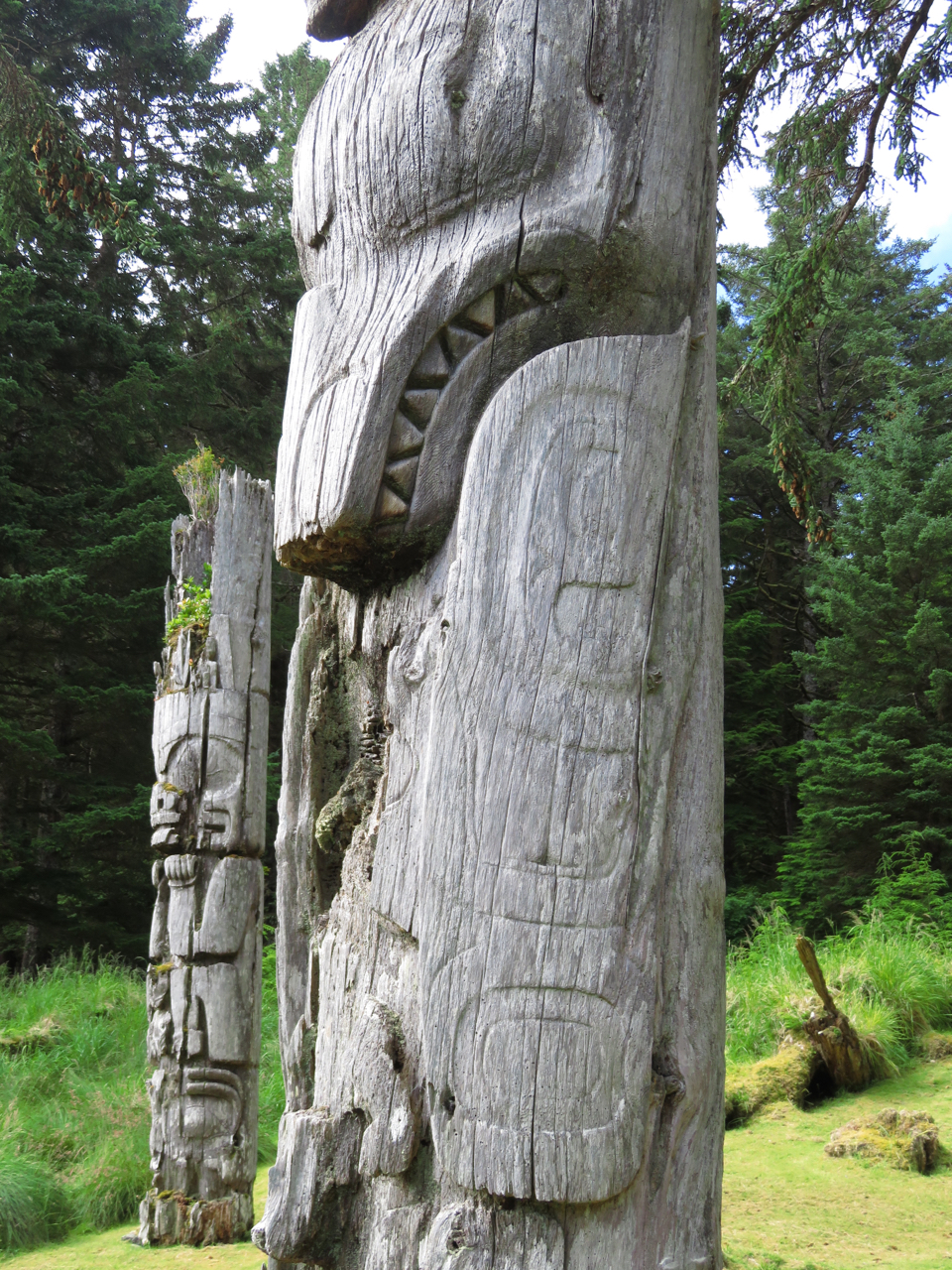 We had long dreamed of sailing to Haida Gwaii on Quoddy’s Run, our 44-foot sailboat—and this past summer, we finally made it.

We took Quoddy’s Run, our 44 foot sailboat, north through the Inside Passage as far as Bella Bella/ Shearwater, and then into the Outside-Inside Passage through the outer islands on the north coast of BC, a wild and stunningly beautiful waterway, rife with reefs and swell from the open Pacific. The crossing began in drizzly cloudy weather with enough wind to sail, and ended up in 20 feet of water, under hot windless blue skies.

All visitors to Gwaii Haanas, the national park that occupies much of the southern archipelago, have to take an orientation seminar. This national park has not only helped to conserve archeological sites and much forest and fauna in the southern islands, but provided employment and prosperity for citizens of the islands, particularly Haida youth, who are finding good jobs in the parks system. A young Haida Parks worker presented our orientation in Skidegate, a flourishing community of long houses, totems, park offices, an excellent grocery store, band offices, and a museum.

Finally we cast off our lines and set sail to see the five sacred sites—Skedans, T’aanu, Windy Bay, Hot Springs, and SGang Gwaay. Some of the things we saw, heard, smelled, and felt during our time in Gwaii Hanaas National Park: Depressions in the ground and rotted beams, where once huge high longhouses had stood; old mortuary poles; new totems; hot springs; octopus traps; sooty shearwaters; Bill Reid’s grave; giant spruce and hemlock; culturally modified trees; williwaws; bat stars; bears; Haida watchmen and women; snow covered mountains; preening guillemots; defunct mining and whaling stations; and tidal narrows we dared not traverse.   We did not manage to get a weather window to anchor off Cape Saint James to see the tufted and horned puffins.

The most impressive sacred site is SGang Gwaay, on Anthony Island. Although archeologists had long ago removed all of the frontal poles for “safe-keeping” at the Museum of Anthropology at UBC, many mortuary poles with very discernable carvings still stand, pale wooden ghosts that outline the remains of this Khunghit village that, following the last great smallpox epidemic of the 19th century, had not sheltered a single survivor.

In addition to the five sacred sites, we encountered evidence of numerous other abandoned settlements near streams and dotted through the woods in various harbours. Together they bear witness to the enormous tragedy for the Haida of colonial contact: imagine losing more than 19 of every 20 of your family and neighbours to disease.

Quoddy’s Run took the wind in her sails for the sleigh ride back south, much of it through smoke as dense as fog from the many wild fires burning in BC this summer.  Our sail to Haida Gwaii had been cold, wet, windy, navigationally challenging, beautiful, interesting, and most of all, surprising.  We felt an enormous sense of accomplishment to have made such a challenging sail and returned all in one piece.

When they are not sailing on the west coast, Marike Finlay-de Monchy and Karin Cope live on the Eastern Shore.