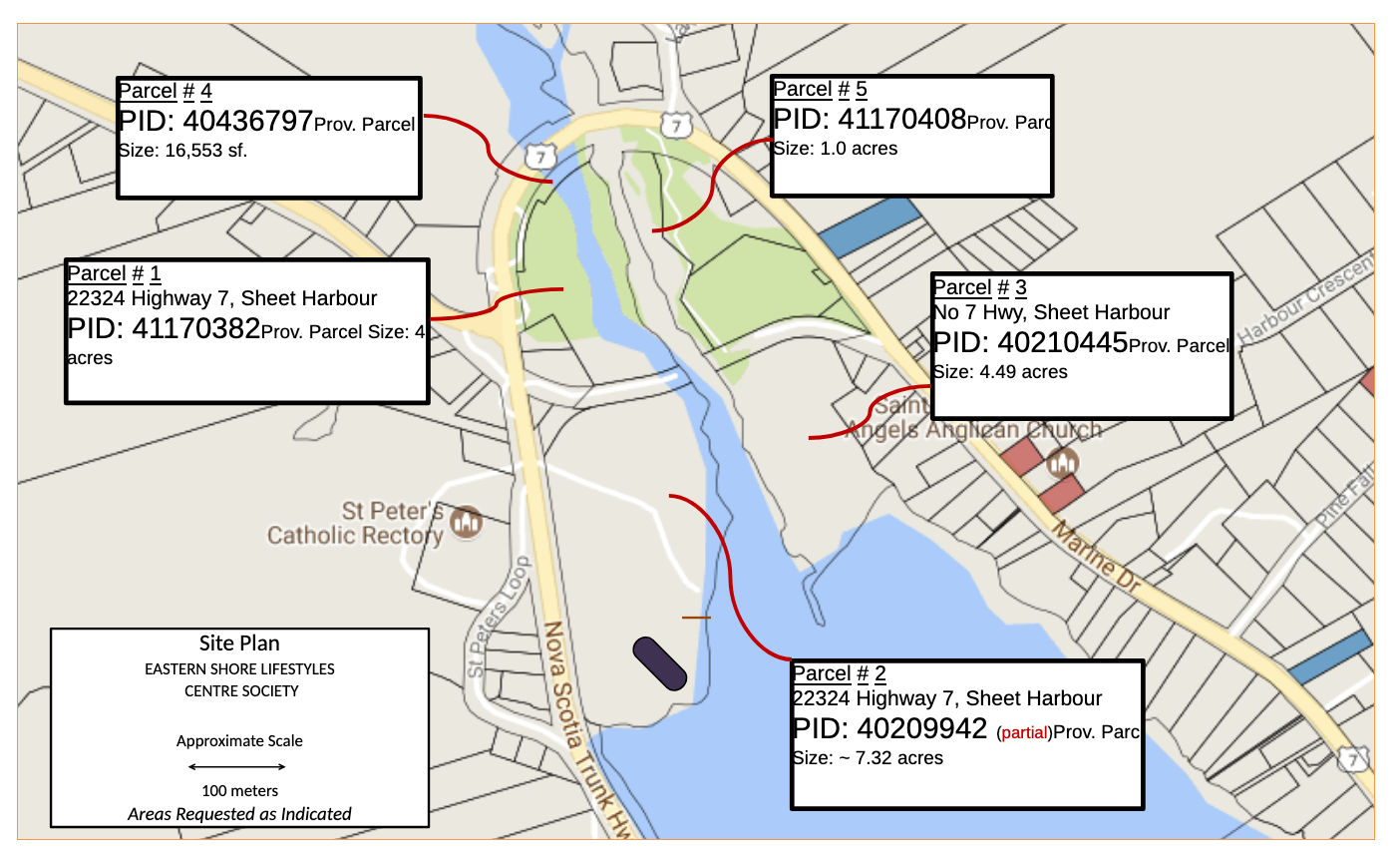 After a sustained community organizing drive, HRM, the province, and the federal government announced on October 7 a combined commitment of $10 million dollars to build a “Wellness Centre” in Sheet Harbour.

MLA Kevin Murphy was the master of ceremonies for the announcement at the Sheet Harbour Legion Hall. MP Sean Fraser said that the federal government would be committing $3.6 million. MLA Lloyd Hines, Minister of Transportation and Infrastructure Renewal, said the province would match the federal commitment. And District 2 City Councillor David Hendsbee spoke of HRM’s commitment last spring of $3 million. 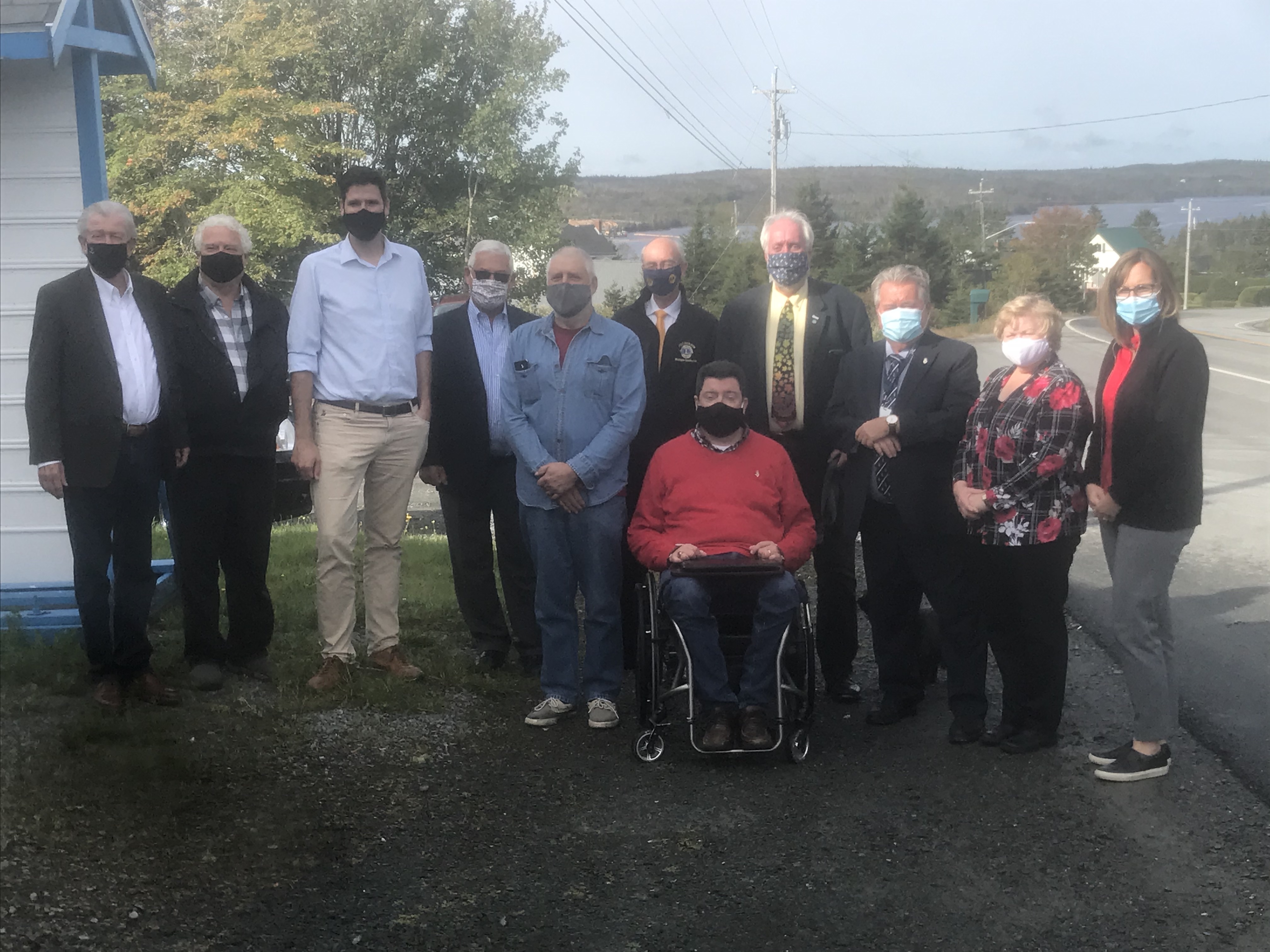 The new facility will replace the aging Sheet Harbour Community Centre, where roof problems had forced the closure of the facility during winter months in January 2017.  When HRM indicated that the city would be willing to put up more than $2 million to replace the building entirely, a group of community volunteers came together as the Eastern Shore Lifestyles Centre Society  to explore leveraging additional funds from the province and the federal government for a much more ambitious project.

The group got valuable guidance and support from Senator Tom McGinnis, who helped them navigate the daunting complexities of getting all three levels of government to work together. All four speakers at the Legion praised the Society for doing the hard work to turn the project from a dream into a reality.

HRM will own and operate the facility. The Centre will house the Sheet Harbour Library, a community hall large enough to replace the existing Community Centre, and a fully-equipped gym and other recreational facilities.

HRM is purchasing the provincial land along both sides of the lower reaches of the West River that the Society had identified as the idea site (see map).  The property looks out over Sheet Harbour, with water frontage on the harbour and frontage on the river and the falls. The building will most likely be located on the site of The Tank (also known as Flipper’s Bar and Grill), an unusual nightclub that was built inside an old oil storage tank.

Ed Empringham, chair of the Sheet Harbour & Area Chamber of Commerce and Civic Affairs, emphasized to the Cooperator that there were, “Lots of things still to happen, like looking at  alternative power source demonstration projects at the site, like the West River, or a windmill, or solar. People are also working on the need to have some sort of café.”

Greg Cross, who led the land management working group that picked the site after a rigorous examination of 15 possible sites, said he was hoping work would proceed quickly. “From now until the spring, they’ll be getting all the surveying work done,” Cross said. “Then the Society will be sitting down with HRM to finalize what’s going to be there. I’m hopeful we will have shovels in the ground next summer, early fall at the latest. In the meantime, we’ll continue with our monthly teleconferences with HRM to discuss progress. They’ve agreed to work with us very closely to make sure the design reflects what the community wants.”