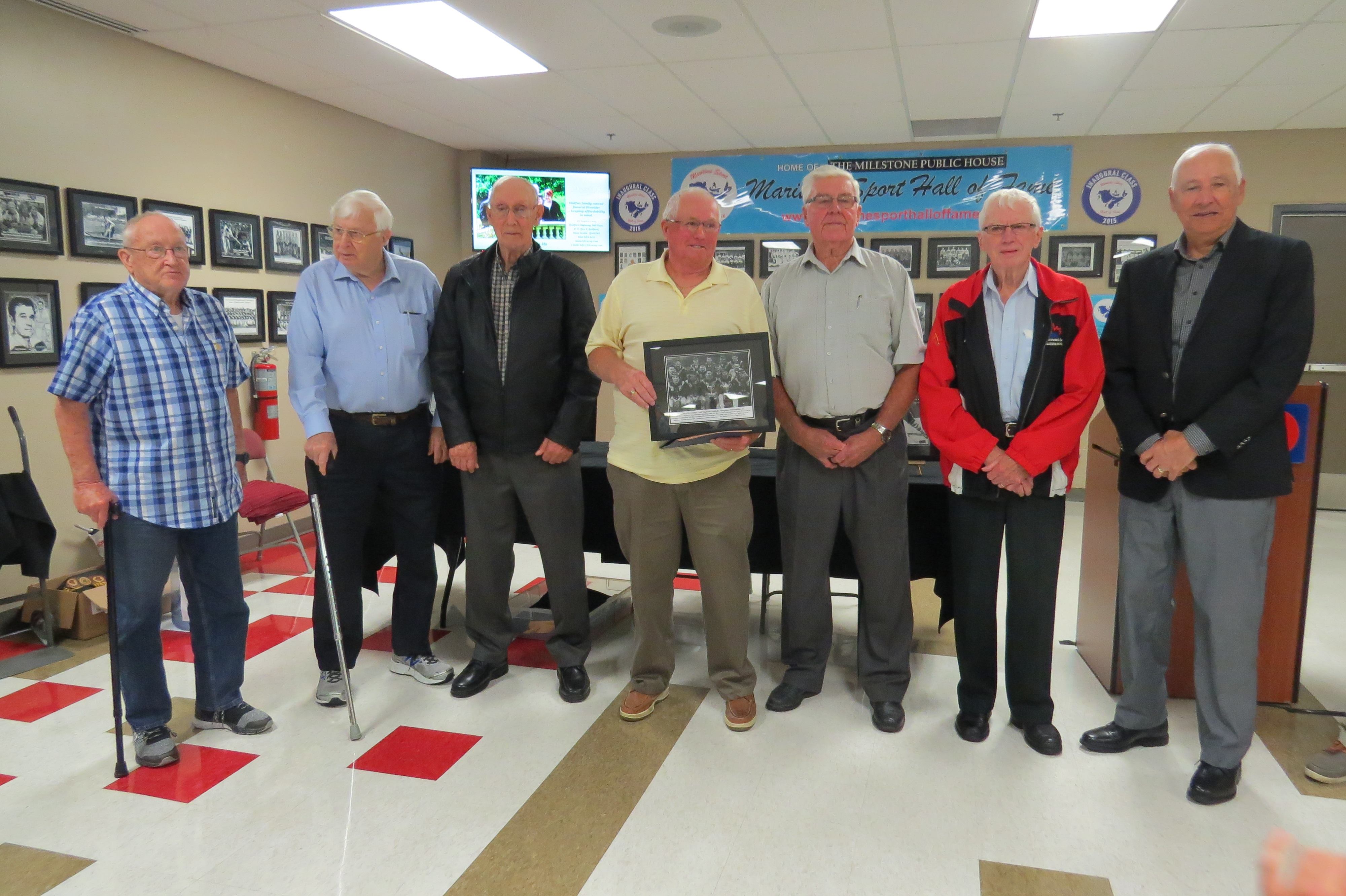 The 1962 Spry Harbour Atoms Intermediate A fastball team were inducted into the Maritime Sports Hall of Fame in mid September.  Seven players from the team went to Bedford to be honoured.  The team was a powerhouse on the field, winning the Local league, Nova Scotia and Maritime Championship that year.  They had all the bases covered. The team had 30 wins and only 3 losses in their championship season. They were known as one of the best sports minded gentlemanly teams in the league. Their star pitchers that year were Jackie Ferguson, John E. Fahie and Ernie Dugie.