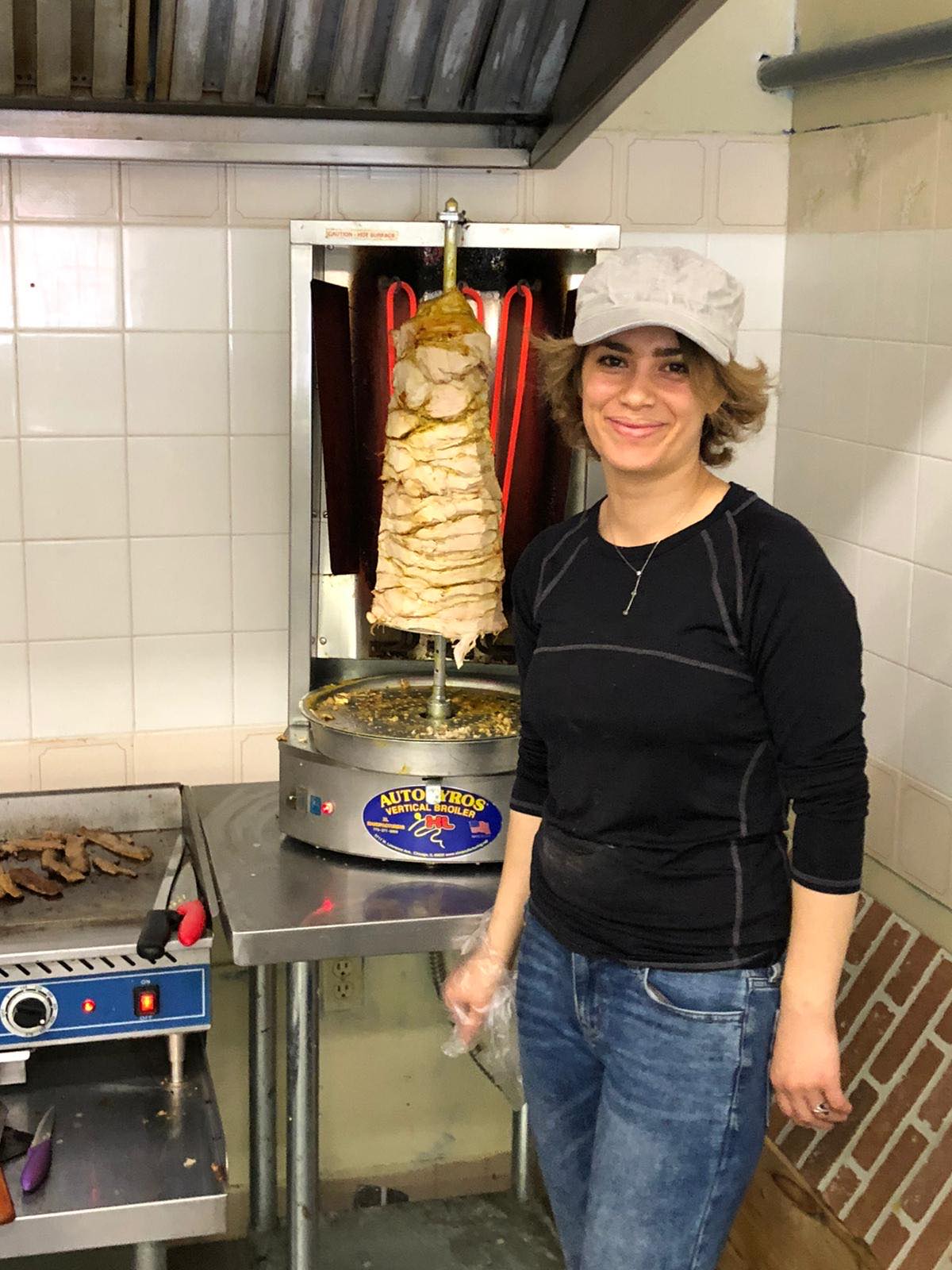 October 10th, 2019 was an epic day for food lovers on the Eastern Shore, with the opening of the Noor’s Mediterranean Kitchen in Musquodoboit Harbour, nestled between Dobbitt Bakehouse and the Library on Highway 7. We sat down with owner Noor Althyab a few days after the launch to talk about her journey from Syria to starting her own business in Nova Scotia.

Noor grew up in the Syrian city of Alswaida, but fled to Lebanon in 2015. (When ISIS finally occupied the city later on, they killed over 200 civilians.) Noor’s brother was studying at Dalhousie, and with the help of a group associated with the Unitarian Church, Noor, her two daughters, her now ex-husband, and her mother and sister were able to emigrate to Canada in 2016, while her father and brother went to Germany.

Noor already had some management experience when she arrived. “My family had a mini-market in Syria, and I helped to run it,” Noor said. When she got to Halifax, “I started working in a coffee shop doing customer service. I also worked in a dental office, and as a fitness instructor. I’d taught some karate and aerobics in Syria.”

“But I really wanted to own something for me though. For months, I kept looking at listings on Kijiji, and then I saw the place in Musquodoboit Harbour. My Mom and I came out and looked at it. It took me five months of negotiating before we went ahead.”

Getting ready to open was exhausting. “The last 10 days, I didn’t sleep for more than 10 hours. I was on the go from 6 am to 2 am, back and forth to Halifax, sometimes going over the bridge 7 times in one day, buying the flooring, buying paint.”

Her father took on repainting the walls, and installing new flooring. Other friends helped with plumbing and wiring. She decided to divide the place in half with a wall after she discovered that HRM would require her to install a 2nd bathroom if she used all the space, a start-up expense she couldn’t afford.

Opening a restaurant is always a tricky business, but the reaction to the announcement on the Cooperator’s Facebook site the day she opened was as encouraging as any restaurant owner could ever wish for. Here are the statistics: Within 48 hours, the post had reached 17, 722 people, with 5,134 engagements, 490 likes, 156 comments, and 177 shares. Comment and comment praised the quality of the food, which ranges from shawarma, kibbeh, and an amazing garlic sauce to Halifax’s official food, the donair, with baklava and rice pudding to finish things off.

Noor said that she was “very happy to be here. We weren’t expecting to find such a welcome. I was almost shocked enough to make me cry. We didn’t even have enough food on the first full day!”