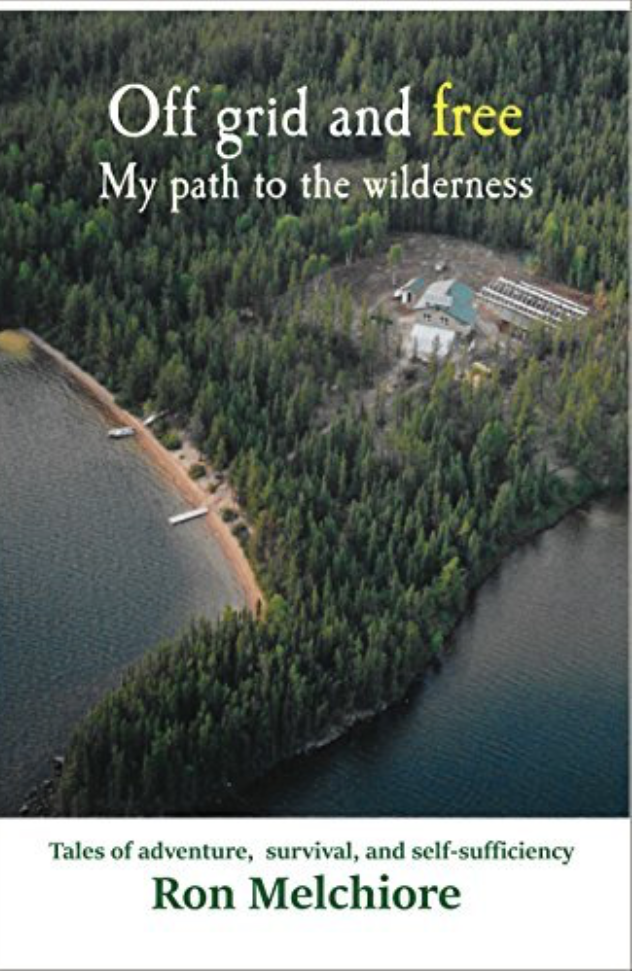 The Freedom of Living Off the Grid

A standing-room only crowd turned out midday at the Musquodoboit Public Library on February 17, 2018 to hear Ron Melchiore, author of Off Grid and Free: My Path to the Wilderness.

And Ron delivered the goods on off grid living, starting with a homestead in the northern Maine woods, and more recently, 17 years living in the bush on an isolated lake in Saskatchewan, 100 miles by float plane from the nearest supply point. The couple is now on what Ron calls the “final leg” of their lives, building a home on a cliff overlooking the ocean in Guysborough County.

In between all this homesteading, Ron took time off to hike the 2,100-mile Appalachian Trail from south to north in the winter, and rode a bike west to east across the U.S.

Ron grew up in Philadelphia, and became an electronics electrician. But then he decided to make a dramatic change and in 1979, used his savings to buy l20 acres of forested land in Maine for $18,000. “I was about 23 when I started building my first house,” he said. “I kept thinking there had to be more to life than just going to work every day.”

After living in Maine for four years, he met his wife Johanna on a blind date while he was on a family visit in Philadelphia, and the two have been together ever since.

He admitted that starting out was hard. When he first moved to Maine, he didn’t have the knowledge or the skills he needed. Instead, he relied on the monthly magazine, The Mother Earth News, books, and advice from locals.

And just what was the fundamental attraction of the couple’s fiercely independent lifestyle?  “The freedom that it gives us, and the satisfaction that we are providing for ourselves, there’s a great deal of satisfaction in that.”

Taking questions from the audience, Melchiore talked about the critical importance of a well-managed root cellar, and the cost advantage of solar panels over wind generators. He’s a strong advocate of sustainable forestry, practicing selective harvesting over the years. “Clearcutting is shortsighted and upsetting,” he said. “The land takes a long time to recover, if ever.”

Melchiore got a number of laughs from the crowd. Asked whether he didn’t miss being able to go out and grab a slice of pizza, he confessed, “Oh heavens yes. Every six months, when we flew out, I was on a mission. My first stop was KFC. Now I’m in Nova Scotia, I’m so happy that the first KFC is opening soon in Antigonish!”

The Melchiores’ never had children. As someone in the room quipped, to another round of laughter, “Yes, they’re very expensive!”

In addition to his book, Ron also has a website (www.inthewilderness.net) where he shares what he and Johanna have learned along the way. In Saskatchewan, for example, they were living in an area abounding with bears. So if you’re building a house, you want to make sure that the outside doors open out, not in. “A bear will push in on a door,” Ron explained. “But there’s not many bears that can figure out how to turn a doorknob and pull a door open.”