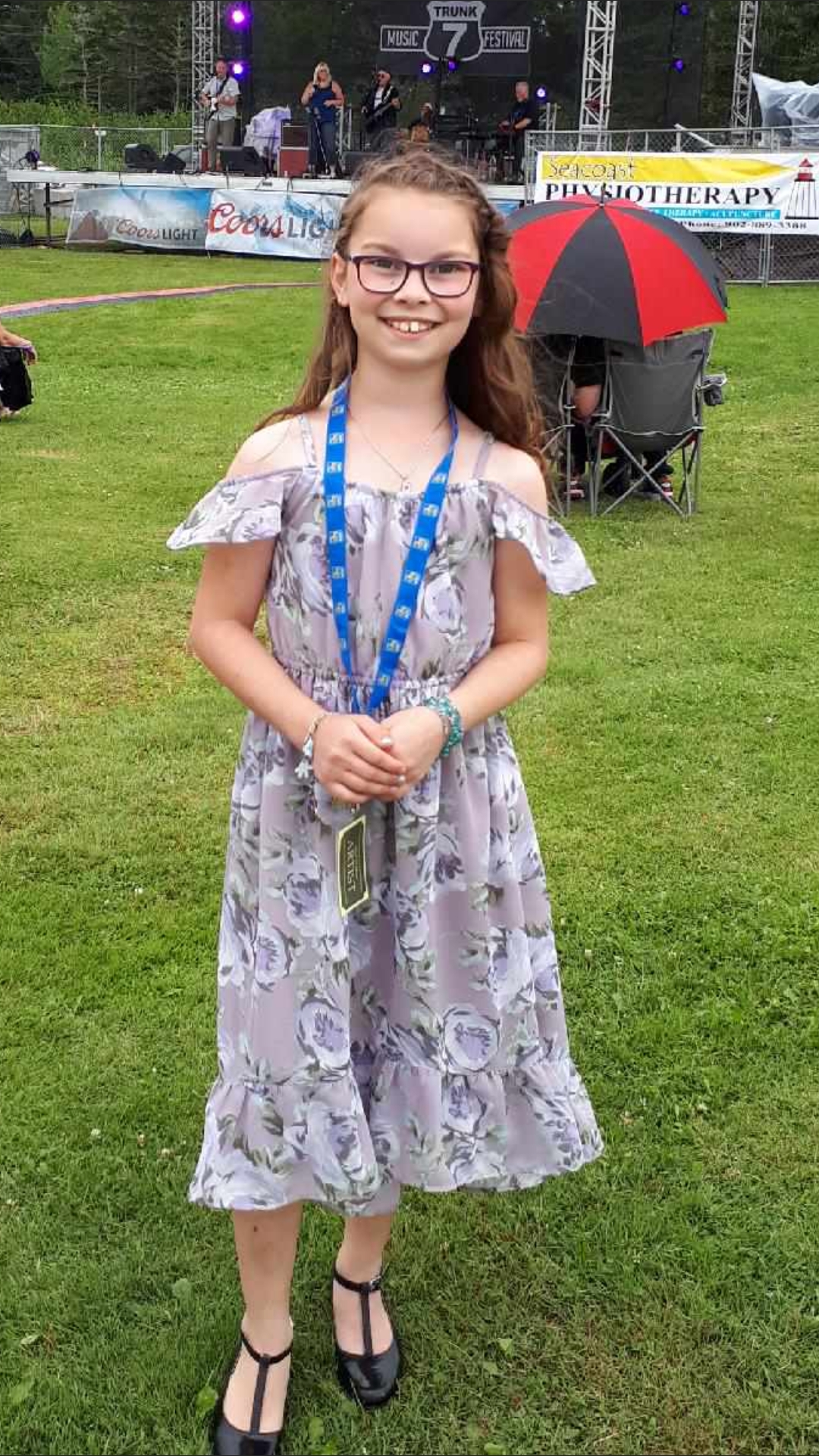 The Little Girl with a Big Voice

Avery Anderson may only be 10 years old, but she has a wealth of experience on the stage already.  Avery has been singing for as long as she can remember.  She enjoys singing all types of music and has sung at the Trunk 7 Music Festival, in school plays, at hockey games, and many other places around the community.

Avery’s first stage performances were at her Sunday School Christmas Concerts.  Right from the beginning she was a natural on stage and loved it.  When she was 3 years old and performing at one of the Christmas Concerts, she did not want to leave the stage once she started singing “Mary Had A Baby Boy”.

When she was in Grade 2, Avery had the opportunity to sing O’Canadaat her school’s Remembrance Day Ceremony (Oyster Pond Academy).  That same year, she started taking singing lessons from music teacher, Nick Pettipas

Avery loves to sing because it makes her feel good.  She warms up on her way to her performance, so she is ready. Whether it is a big or small crowd, her nerves never get the best of her.  She truly enjoys entertaining people and hearing their happy applause at the end

This past year has been a big one for Avery, starting with a leading role in her school’s play this past spring.  Avery played Rafiki in Oyster Pond Academy’s presentation of The Lion King,to rave reviews.  Avery also performed at the Trunk 7 Music Festival with her cousin Bailey Karsten with a full band behind them.  She won 1stplace at a variety show in East Chezzetcook. And she sang O’Canadaat the season home opening game of the Eastern Shore Thunder Junior C Team.

Avery’s favourite singers are Katy Perry and Taylor Swift, but she says there are so many to choose from that it’s hard to narrow down to just a couple. When Avery is not performing, she enjoys reading, writing, drawing and playing hockey with the Metro East Inferno.

In the future Avery would like to write more songs and keep singing and entertaining people.  Now that Avery has established herself as the go to singer for hockey games on the Eastern Shore, she would love to be able to perform O’Canadaat a Halifax Mooseheads game in the future.

Make sure you remember her name—she’s the little girl with the big voice from the Shore!