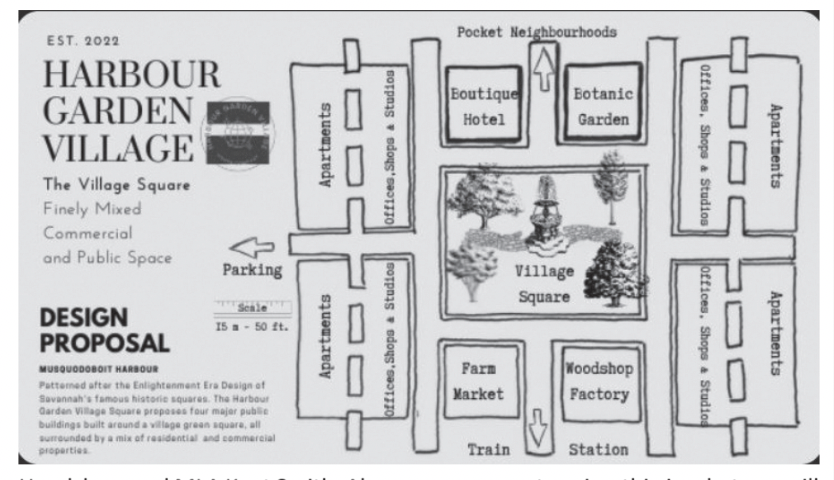 John Wesley Chisholm breaks into a smile every time he tells the story of how he developed a vision to transform a 46-acre parcel behind the Railway Museum into a new  village core.

Chisholm’s involvement with Musquodoboit Harbour goes back to 2000, when he on his way to visit relatives in Mushaboom, saw a For Sale sign on the large white house at the entrance to the rink, and ended up buying the house and moving his family to the village.

He first became aware of the potential of the land behind the train station when he went to one of the community meetings in 2007 that were part of developing the Musquodoboit Harbour Vision Plan. “People were quite aware of the special location of this property,” Chisholm said in a recent interview. “There were quite a few ideas on the table for what to do with the property, all of them good.”

A divorce led to Chisholm leaving the Harbour, but he never stopped thinking about the community. “When I checked back in 2017, I was surprised to find that nothing had happened to the property, although the city had rezoned it as a Community Development District,” Chisholm said. 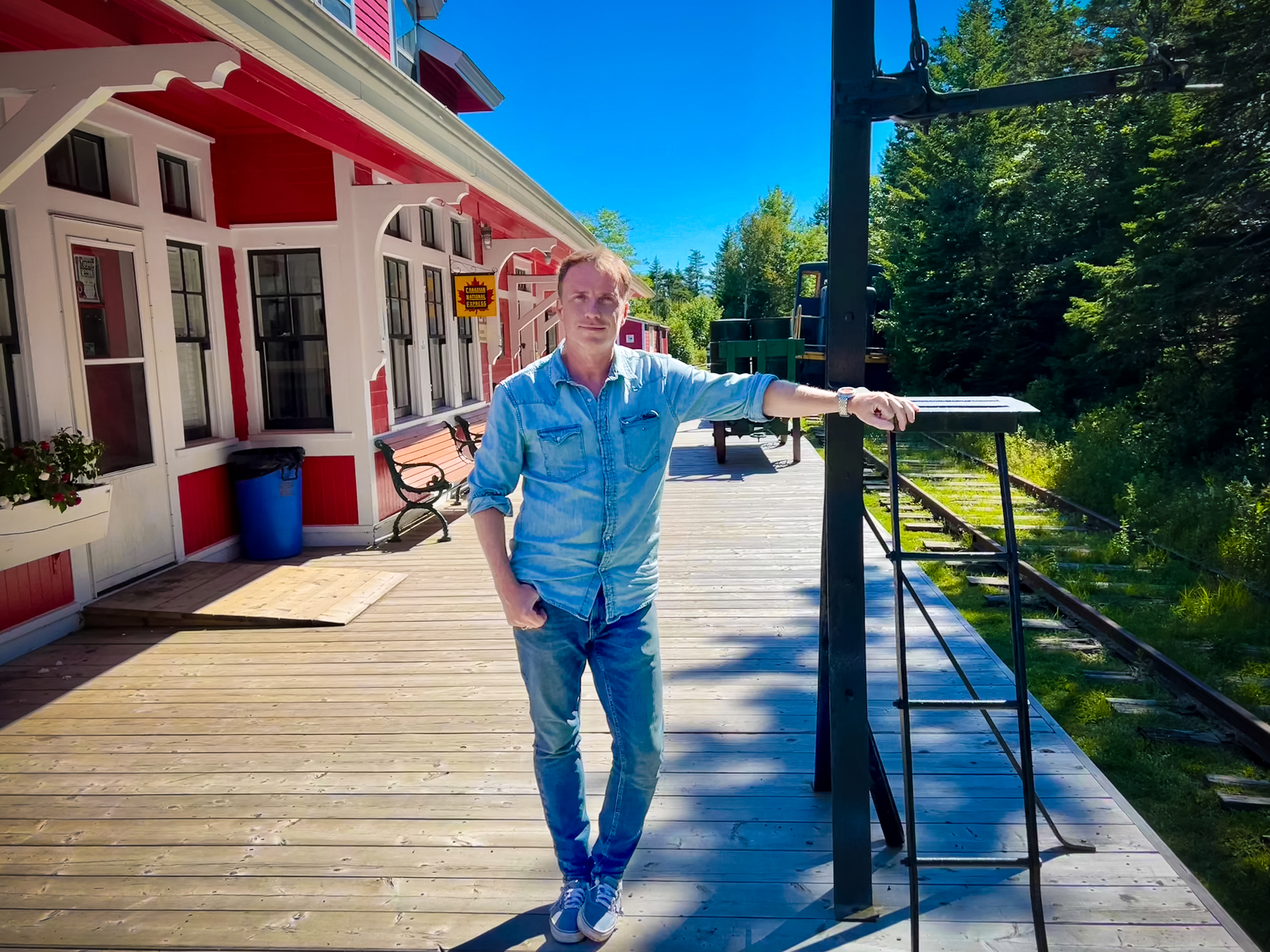 “In early 2022, five years later, still nothing. So I spoke with the man who owns the property, Scott Rowlings, and told him I could imagine doing something great with the land. I spent a month developing a business plan, based on what I’d been hearing from the community since 2007. Rowlings was impressed by my plan, and invested the property, based on the strength of the vision.”

Chisholm’s vision is thoroughly modern, but grounded in very old ideas about the best way for people to live together, very much in keeping with the increasingly urgent need to reduce the production of carbon dioxide to stop global warming and to reduce the use of all materials overall.

The vision centers on a village square anchored by four main buildings, with rows of small shops in between with apartments above for rent, row houses on one or more sides, affordable housing, and  clusters of 7 to 12 small houses with extensive shared yards, arranged like flower petals around the square.

One of the main buildings would be the long-sought permanent home for the Musquodoboit Harbour Farmers Market. There would be a small hotel, named after the Claremont Hotel that served the village for 100 years, with 21-24 units.

“There has to be a business in the mix,” Chisholm said. “We need a small factory to produce all the wood products for the houses, which could later turn to making smaller-scale furniture. And there would be a glass house botanical garden where people could do research on local crops. This pattern is the pattern of Savannah, Georgia, which is one of the most beautifully designed towns in the world.” He also cites Nova Scotia’s own Cottage Country in the Annapolis Valley as an influence, plus the West Coast-based “pocket neighborhood” movement.

The development of this vision is a work in progress. “As I’ve been meeting with people over the last six months, I’ve been constantly adapting the vision with new ideas. But what’s really interesting is that basically everyone has the same vision. We all know nice when we see it: tidy, small, dense, a human-scaled community where you can live, work, and walk. We all know when we see it.”

He has spent the last six months meeting with various organizers and organization in the area, including the Old School, the Railway Museum, the Chamber, the Birches, Councillor Hendsbee, and MLA Kent Smith. Along the way, he has discovered some significant overlaps with ongoing products, starting with the Old School’s affordable housing project. The Birches nursing home is planning to move to a new location, and Chisholm says there is adjacent land available.

“We will be putting together a file to present to the city,” Chisholm said, “so we can tell the city we want to use this information to create a development agreement saying this is what we will do, within these general bounds.”

The critical problem now is getting to the starting line fast enough to keep potential investors on board. “The city, contrary to what people might believe, has been wonderful,” Chisholm said. “We met early on with the development team, who were very supportive. But they still said it could take one to three years to process the paperwork.”

He hopes that the province’s recent initiative to speed up the planning process will make it possible to “get to the starting line” fast enough.