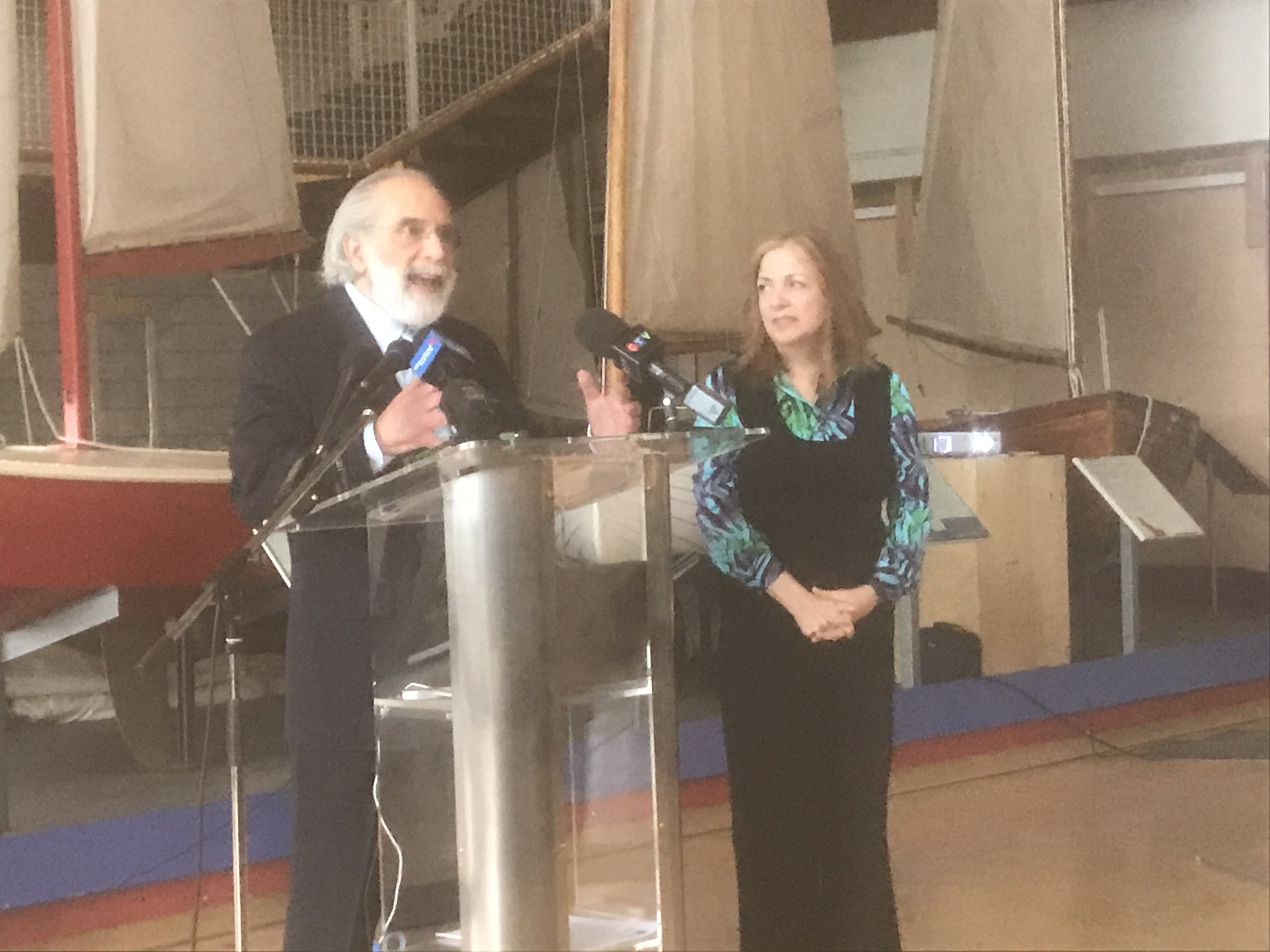 The Whale Sanctuary Project announced this morning at a press conference at the Maritime Museum in Halifax  that it had selected Port Hilford at the site of the world’s first sanctuary for captive beluga whales, working with Sherbrooke and the Municipality of the District of St. Mary’s. The Project had narrowed the choice down to the Sherbrooke site and a site off Malagash Island in Mushaboom.

“Of the hundreds of locations that we’ve researched in British Columbia, Washington State and Nova Scotia, Port Hilford stands out as the premier location for a whale sanctuary,” said Charles Vinick, Executive Director of the WSP. “It’s an ideal location for whales coming from marine parks and aquariums, and you couldn’t ask for a more welcoming and eager community than the people of the Sherbrooke area.”

Sherbrooke area residents had been enthusiastic about the proposal from the Project’s very first presentation. And there was strong support for the Malagash location in Sheet Harbour. But at a contentious community meeting in Sheet Harbour on December 16, 2019, a contingent of residents from the Mushaboom area strongly opposed the project, with explicit threats of violence if the Project went ahead.

Vinick said that community support was critical. “As important as the physical properties of the location are in deciding on a site location, we also knew that the relationship the sanctuary would have with its host community would be pivotal,” Vinick said. “It is the case that we have fewer stakeholder issues that we had to overcome in Sherbrooke. The Sherbrooke community has exceeded all our expectations.”

Dr. Stephen Flemming, Executive Director of Sherbrooke Village Museum, said that the museum would be supporting the WSP. “The Museum, through the Rural Institute for Cultural Heritage and Environmental Sustainability (RICHES), has been pleased to assist the work of the Whale Sanctuary Project to date, and looks forward to continuing its efforts to help see this project through to fruition,” Flemming said. “I couldn’t be more pleased that this group of distinguished cetacean experts chose Nova Scotia for their first sanctuary.”

Sue Henry, who was involved with the effort to locate the sanctuary in the Sheet Harbour area, told the crowd that she was thrilled that the sanctuary would be in Nova Scotia. “We are just elated that this is going to take place in Nova Scotia,” Henry said. “No matter where this on the Eastern Shore this takes place, we will be there to support it. We will be side-by-side with Sherbrook, they have already extended an invitation to us, which we have gratefully accepted. Good on this

In an interview after the press conference, Vinick told the Cooperator that he estimated the cost of building the infrastructure for the project would be in the range of $12-15 million capital cost, and an operating cost of $2 million per year. He estimated the operating staff at around 20, half of whom would be local hires. Depending on research on the site, there could be between 5 to 8 belugas in the 40-hectare area. He said that they hoped to source all of the fish locally (All of the belugas were bred in captivity, and have eaten frozen fish all of their lives; they do not know how to catch live fish.)