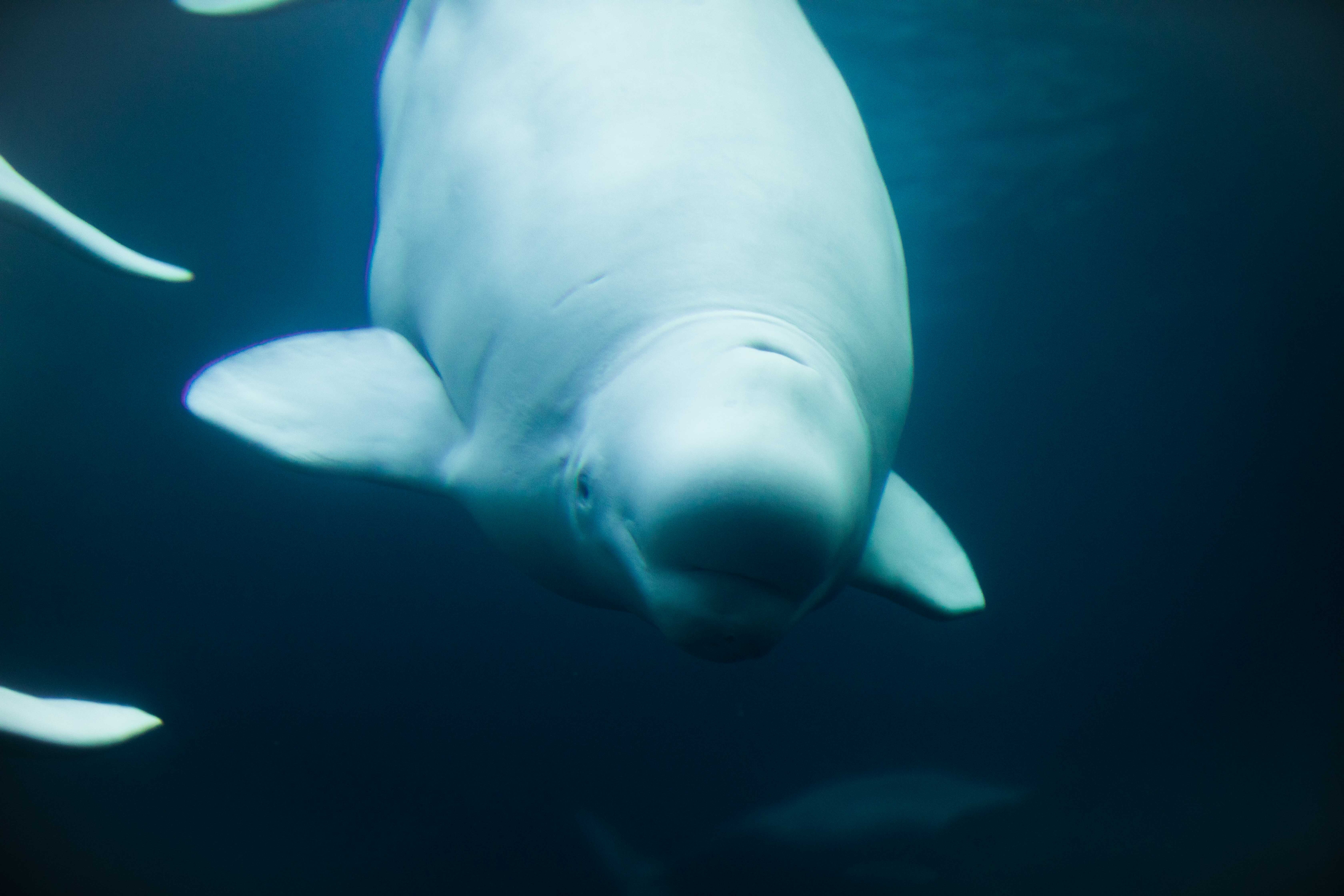 Whales and the MPA?

[For all stories on the MPA, go to Debating the Eastern Shore Islands Marine Protected Area]

A group looking for a location for a whale sanctuary has found its quest getting entangled in the bitter controversy over DFO’s proposed Eastern Shore Islands Marine Protected Area (MPA). Opponents of the MPA are likely to raise their concerns this evening (Thursday) at a presentation by the Whale Sanctuary Project in Sheet Harbour at 6:30 pm at the Royal Canadian Legion, 25566 Highway 7. DFO issued a statement in the late afternoon on February 7 to the Cooperator saying that there is no connection between the two initiatives.

The Whale Sanctuary Project opened a series of four Nova Scotia public presentations in Dartmouth on January 31, 2019. Executive director Charles Vinick explained his group is looking for a 40-hectare (100 acres) to create a sanctuary for 5 to 8 beluga whales who are currently living in very confined quarters in marine parks like Marineland in Niagara Falls, which has some 50 beluga whales in two tanks.

[You can watch a video of the Dartmouth presentation by President Lori Marino and Charles Vinick presentation in Dartmouth on the Cooperator’s Facebook page.]

Simply turning captive whales lose in the open ocean would be a death sentence for the whales. As Vinick explained in his briefing, almost all of these animals were born in captivity, and cannot catch fish on their own. He described participating in a frustrating multi-year effort to teach a captive killer whale to eat live fish.

Vinick was frank about the many unknowns involved in the proposal.  And he was equally insistent that the Project would not select a site unless there was strong community support. He mentioned that the Project had looked at a potential site last year in Terence Bay, but that opposition from the fishing community there had led them to drop the location.

Concerns about No Take Zones

Opponents of the MPA have been concerned from the beginning about the creation of No Take Zones within the MPA, areas where no fishing of any kind would be allowed. DFO’s director of Martimes Oceans Management, Wendy Williams, tried to take this issue off the table at the end of January by announcing that the DFO team working on the MPA would not be recommending a No Take Zone.

Opponents of the MPA are concerned that a future DFO administration could decide to add a No Take Zone, a possibility that DFO has acknowledged could occur, but only after a lengthy review process.

Which brings us to the Whale Sanctuary, which MPA opponents worry could become a wedge for imposing a No Take Zone. Here’s how Stephen Richardson, the founder and administration of the Facebook page “LFA 31a, 31s, and LFA 32 Fishermen” explained this concern in a post on February 6, 2019:

“Whale Sanctuary - It seems logical to me that if we are rejecting No Take Zones for the proposed MPA then we cannot accept a No Take Zone under the guise of a Whale Sanctuary. I have not been to a meeting but I understand that the 40-hectare sanctuary is for the first 5 whales. I understand that there are 55 in one marine park alone. Does that mean that the 40 hectares will become 440 hectares? Then when they add the Orca whales will the sanctuary grow yet again? What will the final size be? 20 square miles? 50 square miles? What will the buffer or exclusion zone be where fishing will not be allowed? The size can be quite significant once it starts to expand.

Also, everyone needs to be perfectly clear that we are not helping anyone to save whales from captivity by putting them in a bigger pen in captivity. This is simply false propaganda to get people sympathetic to saving whales to join in on their cause. The whale sanctuary will be set up as a tourist attraction. Guaranteed whale sightings every trip! Instead of the Marine Lands and the Sea Worlds profiting from captive whales it will be this group profiting. All under the guise of saving whales from captivity.”

DFO Says "No Involvement At this Time"

In response to a request from the Cooperator, DFO issued the following statement:

"The Department of Fisheries and Oceans (DFO) is aware of the initiative but has no involvement at this time. It is important to note that the initiative is not connected to DFO's marine conservation initiatives such as the Eastern Shore Islands Area of Interest (AOI)."

Changing public attitudes towards keeping whales in captivity have created the need for finding a more humane alternative. The 2013 documentary film “Blackfish” played a role in this change; it was the highest-ranking CNN film in 2013, and has been seen by millions of people.

In 2017, the Vancouver Park Board voted against allowing the Vancouver Aquarium to import any more whales or dolphins. The Aquarium fought back, but in January of 2018, agreed to end its cetacean program.

And on February 1, 2019 Parliament moved another step closer to passing Bill S-230, a bill that will ban keeping cetaceans in captivity. [To read statements at the committee hearing from the sponsor and other MPs, click here  and scroll down.]

Photo by Yuan Yue on Unsplash