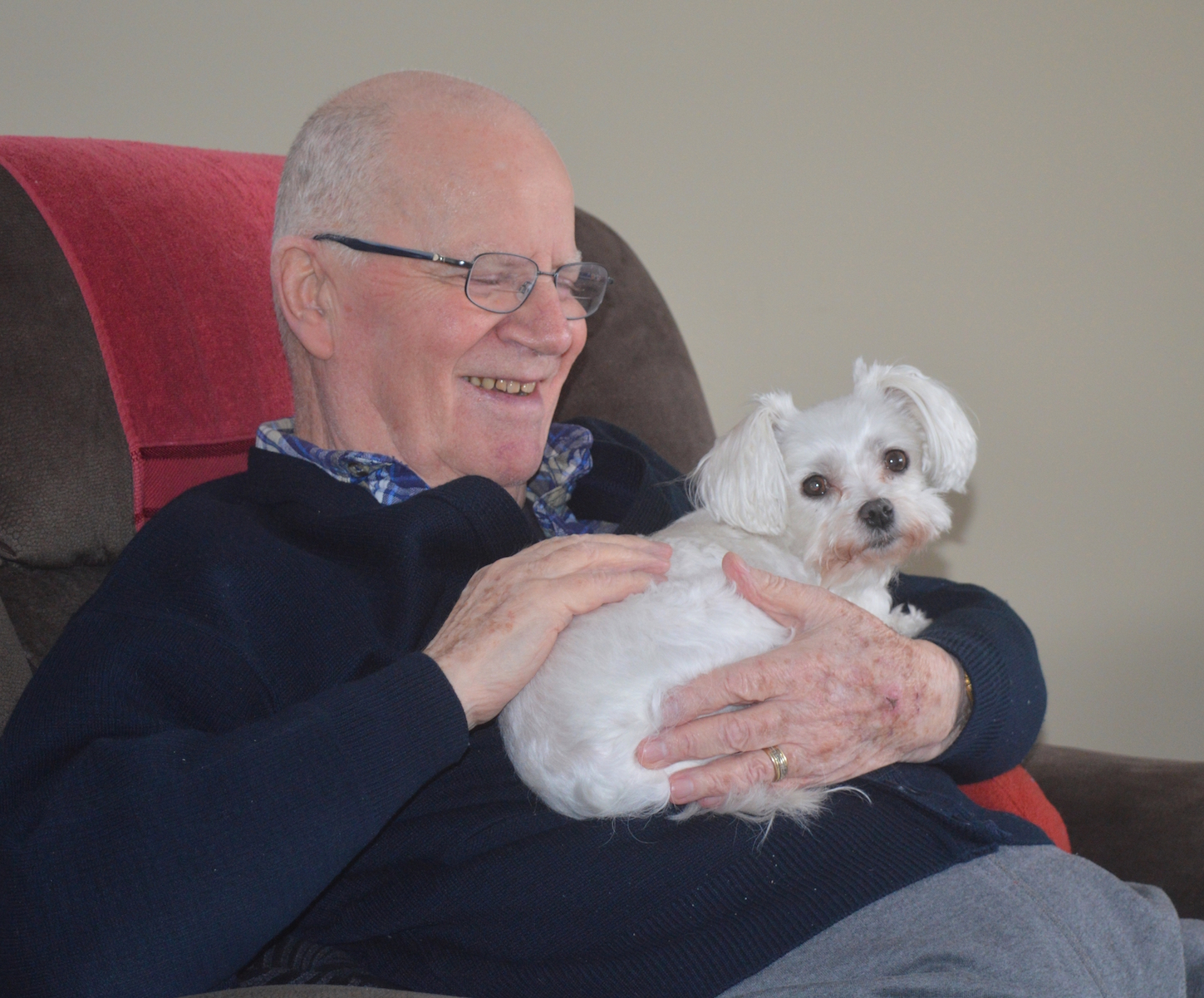 When You Have a Dog, You’re Not Alone

What do dogs mean to the seniors who live with them?

Dr. Ardra Cole has been doing serious research on this subject. Starting on April 13, she will be sharing some of the results of her research at a special exhibit at the art gallery in the Old School Gathering Place in Musquodoboit Harbour. The exhibit, which will run through April 20, will feature photographs from Cole’s research project, “Grow Old Along with Me:  The Meaning of Dogs in Seniors' Lives.”

Cole is a professor in Lifelong Learning in Education at Mount St. Vincent. She got interested in the relationship between seniors and their dogs after she founded Elderdog in 2009 in Ontario. Elderdog, which now has 19 chapters in 8 provinces, pairs up seniors with older dogs, and provides in-home support to seniors who live at home with a dog.

“But what I was really interested in understanding was not the benefits so much, but the relationship. One of the things were hearing time and time again through Elderdog was that when seniors talked about their dogs, they talked with such passion, and such love: ‘I can’t even imagine living without my dog;’ ‘My dog is my best friend;” or, ‘When no one else is around, my dog.’ It’s this deeper meaning here, that’s what I wanted to get at.”

Cole launched her research project two years ago with funding from the Social Sciences Humanities Research Council of Canada. She hired four graduate students, each of whom worked very closely with a couple of seniors each and their dogs.

“We’ve worked in depth to try to understand and describe these relationships,” Cole said. “The students spent lot of times in homes and outdoors, taking photographs all the while. That’s what project is all about.

Cole noted that there was lots of talk and resources going into “aging in place” or “age friendly community,” but few of these programs take into account the important role dogs play in seniors’ lives.

“Increasingly, if seniors are encouraged to live at home, if they need home care, a dog is a problem,” Cole said. “If have to move to assisted living, and they can’t take their canine companions with them, that’s a big problem.” Cole has just started to work with nursing home on developing a program to allow dogs to be in residence. “We creating a model, and a pilot,” Cole said. “There are still plenty of issues we’ve got to work through.”

The exhibit at the Old School is the first of four in a series, one in each of the communities that the students worked in. The photographs reveal the tremendous love that people have for their dogs,” Cole said. “This love is palpable and unconditional. They often put the dog’s needs ahead of their own.”

Having a dog also helps seniors deal with loneliness, one of the most significant societal problems facing not just seniors, but certainly for seniors. “Time and again, people told us, ‘When you have a dog, you’re not alone.’”