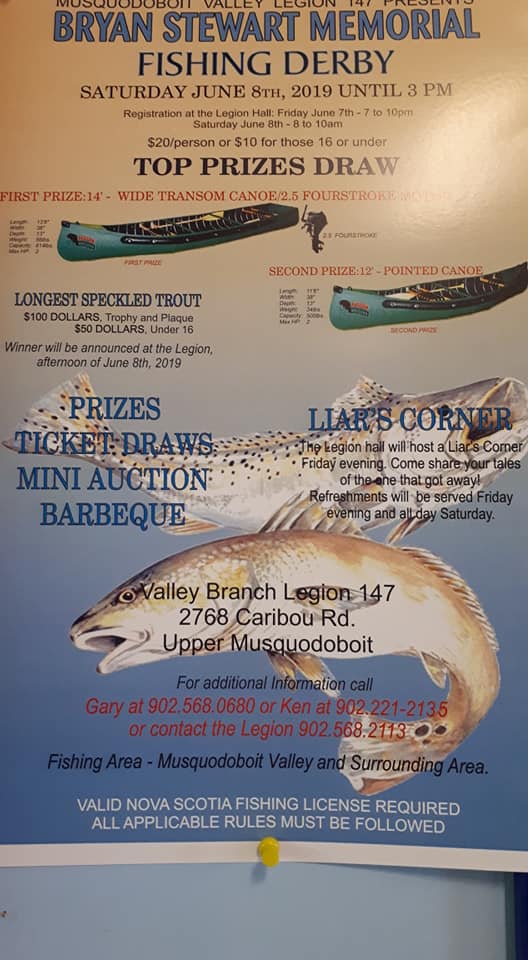 Legion 147 Musquodoboit Valley is gearing up for this year's annual fishing derby. The event has become a major fundraiser for the Legion with nearly 200 tickets sold last year

The event started in 2010 with donations from local companies for prizes and has since built up to purchasing 2 boats for 1st and 2nd prize. Ticket sales are strong this year with the attractive prizes and they are expecting a good turn out with a full venue of events at the Legion on Caribou Rd. June 7th and 8th.

Funds raised are redistributed into the community through high school bursaries and other support programs. Bryan Stewart was instrumental in starting this initiative and was a valued member of 30+ years. After his sudden, unexpected passing in 2012, his family and Legion members decided to rename the derby after him, in his honour.

The derby is open to anyone who would like to participate and family and friends come from near and far including Stewart's brother who travels every year from Ontario. Participants and Legion members look forward to catching up and celebrating with food, fun, fellowship, and fishing! 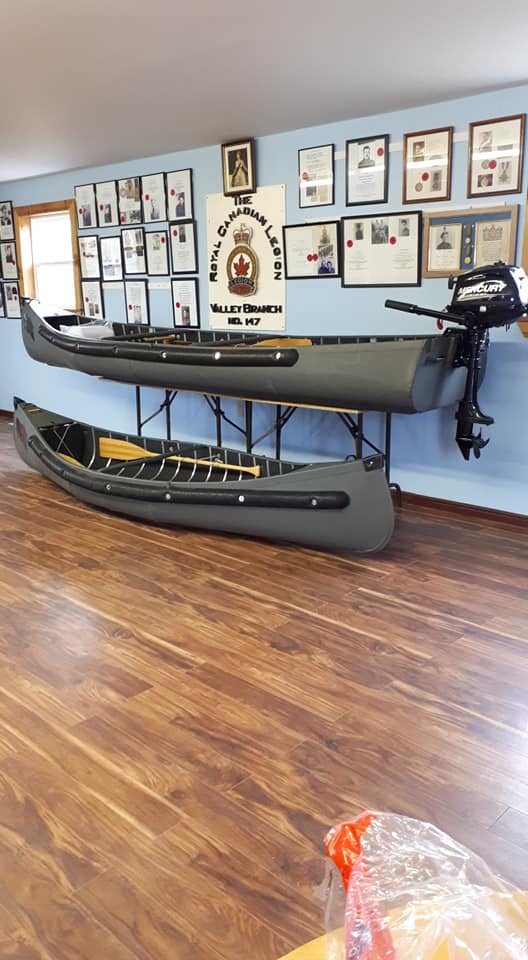